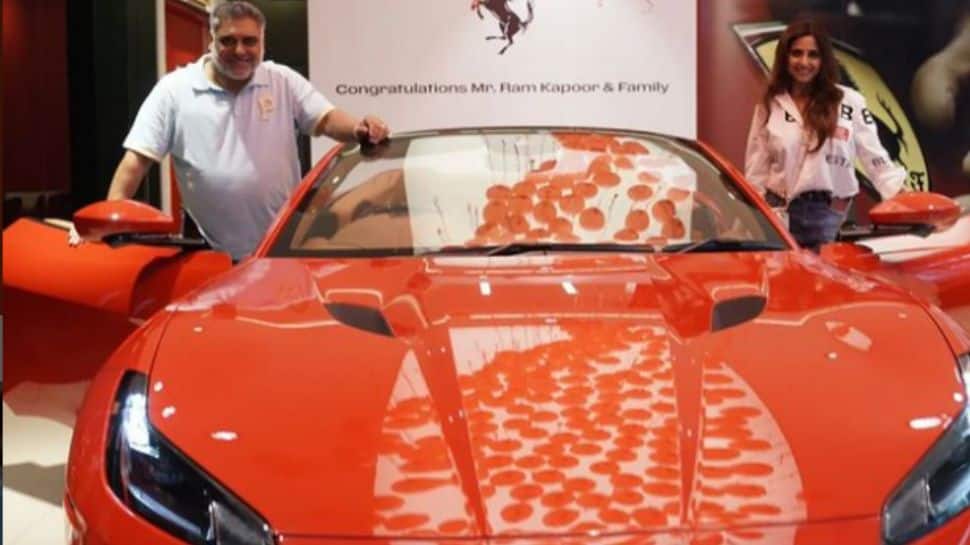 Actor Ram Kapoor, famous for his roles on television shows like Bade Acche lagte hain, Kasamh Se, and multiple movies, has recently bought a brand new Ferrari  Portofino worth over Rs 3.50 crore in India. The latest edition in the actor’s garage is a retractable hardtop convertible sports car that comes from the house of the Maranello giant. It is to be noted that this is not the only exotic car in the actor’s garage. Ram Kapoor also owns a Porsche 911 Carrera S worth over Rs 1.8 crore. With his new Ferrari, the actor has joined the list of other celebrities like Bhushan Kumar, Naga Chaitanya, and others.

The image of Ram Kapoor with his Ferrari Portofino was shared by ViralBhayani on Instagram. The actor’s Ferrari features the signature red colour of the luxury sports car brand. The Italian car manufacturer has named the colour scheme Rosso Corsa. Apart from this red shade, the car gets other paint schemes like Blu Pozzi, Nero, Giallo Modena, Rosso Mugello, Grigio Alloy, Grigio Silverstone, Nero Dayton, and many others.

The 911 Carrera S, which has a 3.0-liter 6-cylinder engine positioned at the rear and can produce 420 PS and 500 Nm of peak power and torque, was the sportscar that Ram previously purchased. A sprint from 0 to 100 km/h requires only 4.2 seconds. The 911 Carrera S is capable of a maximum speed of 308 km/h. It has an ex-showroom price of Rs 1.8 Crore in India.