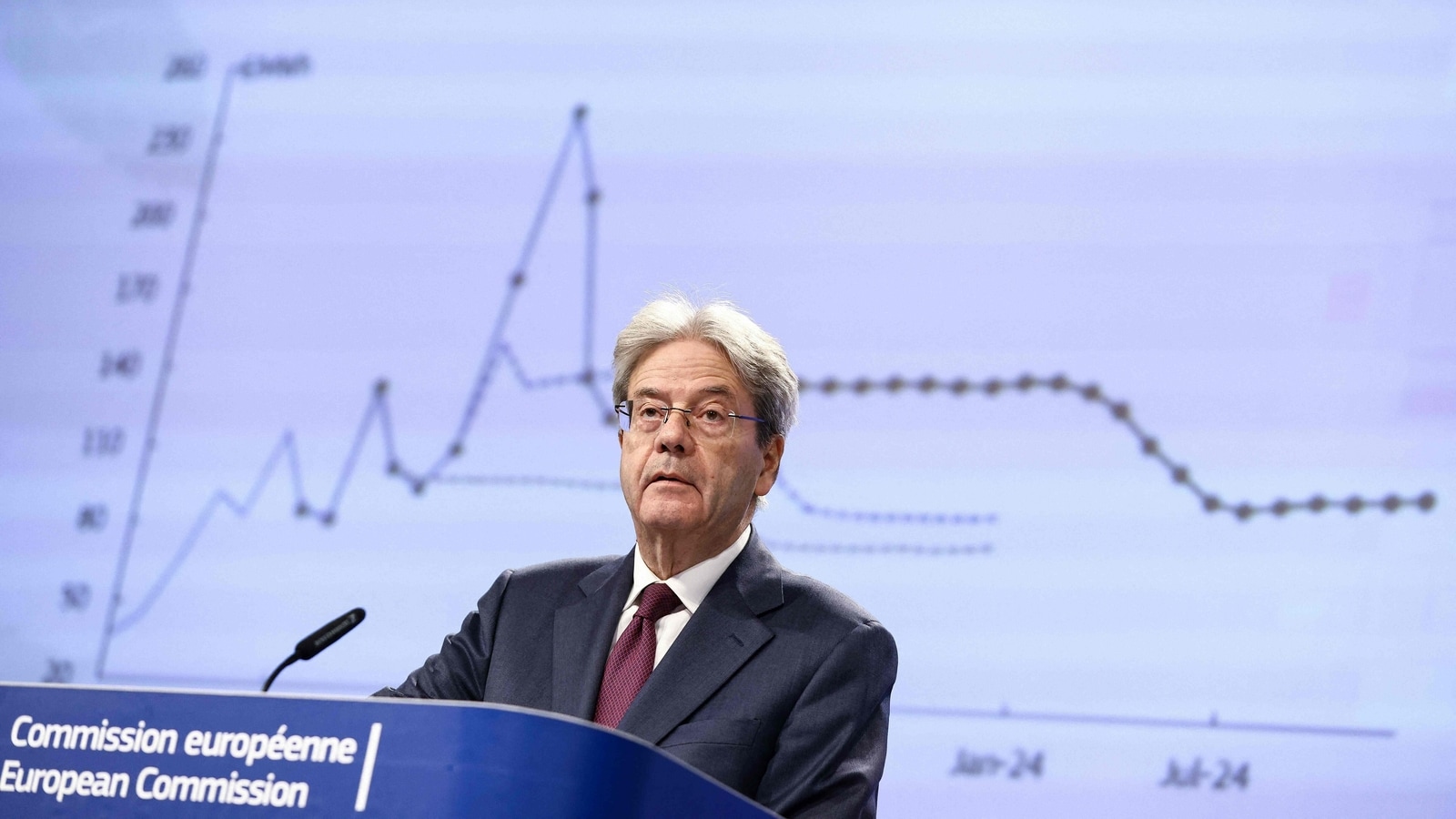 The EU warned Friday the eurozone was set to fall into recession this winter as Brussels hiked inflation forecasts for 2022 and 2023 on the back of high energy prices.

Europe is reeling from the economic shockwaves unleashed by Russia’s war on Ukraine, which have fuelled a spike in energy costs and hit the wallets of consumers around the continent.

The EU’s executive arm said increased uncertainty and prices “are expected to tip” the eurozone and most of the bloc’s member states into recession in the last quarter of this year.

“The contraction of economic activity is set to continue in the first quarter of 2023. Growth is expected to return to Europe in spring,” the European Commission said.

“With powerful headwinds still holding back demand, economic activity is set to be subdued, with GDP growth reaching 0.3 percent in 2023.”

Brussels predicted that the EU’s biggest economy Germany would fare the worst of the member states with a contraction of 0.6 percent next year.

Overall eurozone GDP growth for 2022 was put at 3.2 percent after early strong months of the year.

“We have some difficult months ahead of us,” Gentiloni said.

He cautioned that “the potential for further economic disruptions due to Russia’s war is far from exhausted.”

The downbeat forecast came as the commission sharply raised its predictions for inflation in this and next year.

It said eurozone inflation was expected to stand at 8.5 percent for 2022, a point higher than earlier forecast, and 6.1 percent in 2023, over two points higher than predicted previously.

“Inflation has continued to rise faster than expected, but we believe that the peak is near. Most likely at the end of this year,” Gentiloni said.

“We are projecting a very gradual reduction of inflation because inflation next year is still projected to be quite high.”

He warned however that inflation could end up two points higher in 2023 if the EU “fails to prepare” adequately in advance for next winter by filling up its gas stores.

The baseline prediction put inflation in 2024 at 2.6 percent, still higher than the European Central Bank’s (ECB) target of two percent.

The ECB in October forecast a recession was on the way, as it announced another jumbo interest rate hike to try to curb inflation driven up by the fallout from Russia’s war on Ukraine.

Bank president Christine Lagarde said last week that a “mild” eurozone recession was looming but would not be enough to bring down record-high inflation.

Gentiloni said that one “bright spot” remained the resilience of the EU’s labour market and that there was only expected to be a “moderate” increase in unemployment before a decline in 2024.

The aggregate government budget deficit is expected to rise again from 3.4 percent in 2022 to 3.6 percent in 2023 as the EU debates reforming its fiscal rules.