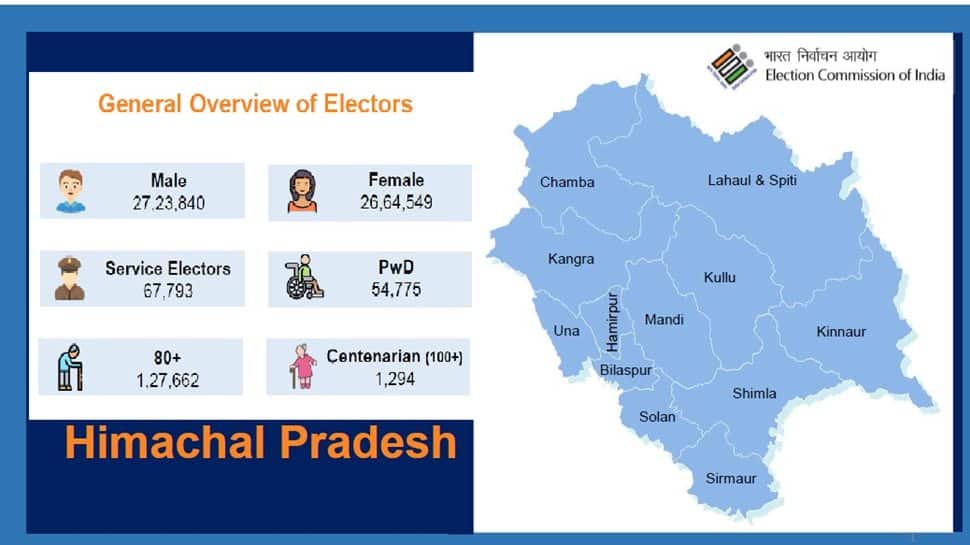 Himachal Pradesh will vote tomorrow, i.e. November 12 in tightly contested polls where the ruling BJP will look to break the alternate government jinx while the Congress will look to return to power. However, whichever party comes to power, one of their key challenges will be the massive debt burden faced by the state. According to Chief Minister Jai Ram Thakur, the state is facing a debt of Rs 64,904 crore.

The ruling BJP is hoping for an encore on the back of its development agenda, while the opposition Congress is urging voters to go by the four-decade-old tradition of voting out incumbents in Himachal Pradesh which goes to poll on Saturday. More than 55 lakh voters in the hill state will decide the fate of 412 candidates in 68 constituencies across the state.

The BJP has promised the implementation of a Uniform Civil Code and eight lakh jobs in the state, while the restoration of the old pension scheme, 300 units of free power and a Rs 680-crore StartUp fund are among the promises made by the Congress.

In the voting scheduled from 8 AM to 5 PM on Saturday, the Election Commission has set up a total of 7,884 polling stations including three auxiliary polling stations in far-flung areas. Of these, there are 789 vulnerable booths and 397 critical ones.