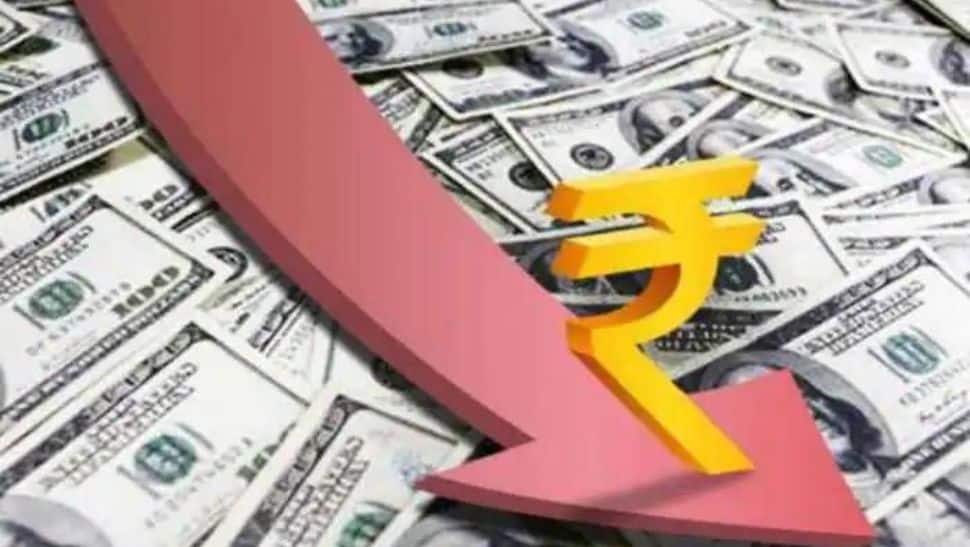 New Delhi: The rupee appreciated 30 paise to close at 81.63 (provisional) against the US dollar on Thursday as a weak greenback in the overseas market and a rally in domestic equities boosted investor sentiments. Forex traders said the dollar fell in international trade post the weak US data and dovish Fed minutes.

At the interbank foreign exchange market, the local unit opened at 81.72 and touched an intra-day high of 81.60 and a low of 81.77 against the greenback. The local unit finally settled at 81.63, registering a rise of 30 paise over its previous close. (Also Read: India generates 15-16 lakh formal sector JOBS every MONTH, says Ashwini Vaishnaw)

On Wednesday, the rupee depreciated 26 paise to close at 81.93 against the US currency. “Rupee continued to trade in a narrow range and volatility remained low in the past few sessions. Euro and pound are trading higher after the Fed maintained a less hawkish stance in its meeting minutes released on Wednesday,” said Gaurang Somaiya, Forex & Bullion Analyst, Motilal Oswal Financial Services. (Also Read: Big blow to Apple! China completely shut down world’s iPhones production hub – Here’s why)

Some committee members expressed concern about risks to the financial system should the Fed continue to press forward at the same aggressive pace, Somaiya said. He further noted that volatility for the dollar could remain low as the US markets remain shut on account of the Thanksgiving day holiday.

Meanwhile, the dollar index, which gauges the greenback’s strength against a basket of six currencies, slipped 0.19 percent to 105.87. Global oil benchmark Brent crude futures declined 0.32 percent to USD 85.14 per barrel.

According to exchange data, foreign institutional investors (FIIs) were net sellers in the capital markets on Wednesday as they offloaded shares worth Rs 789.86 crore.

“The opening at 81.72 was relatively high, and the dollar index dropped below 106, so the rupee has been fluctuating by 10 paise. After the Fed’s dovish minutes yesterday, all Asian currencies and stock markets increased “the head of the Treasury Department at Finrex Treasury Advisors, Anil Kumar Bhansali.

The much-anticipated summary of the Fed meeting from November 1-2 revealed officials was generally satisfied they could now progress in smaller steps, and the dollar was down 0.14 percent at 105.75 after falling 1% overnight.

According to Carol Kong, a currency strategist at the Commonwealth Bank of Australia (CBA), “I think it is almost certain now that we’ll see the FOMC decrease its pace of tightening from December.”