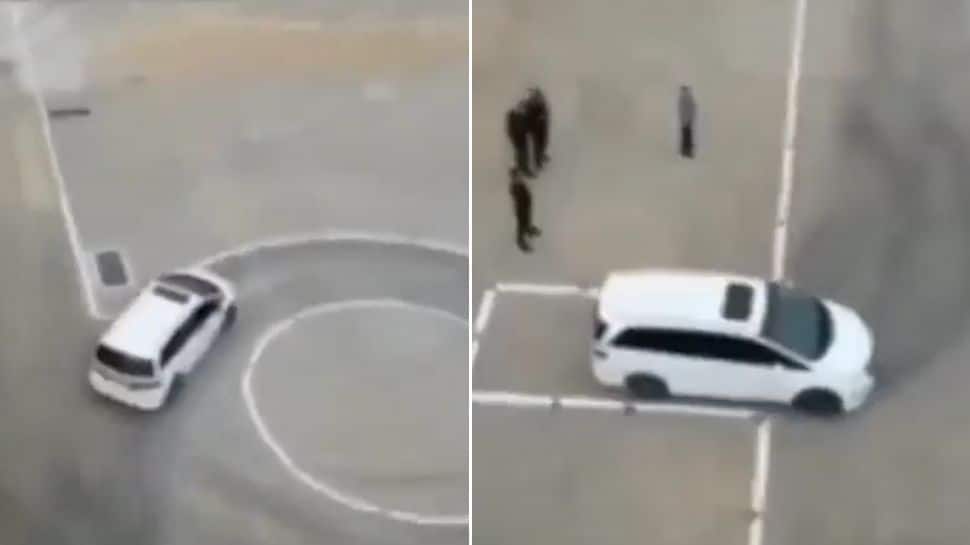 Getting a driver’s license involves going through multiple tests, the most difficult of which, for many, is the driving test. The driving test in many countries tests different skills of drivers by making them go through different obstacles. A similar video showing a person going through an alleged driving test in China has gone viral on the internet and is getting a lot of attention from the netizens. The video shows the difficult obstacles that a person needs to clear to qualify for a driving license.

The video was shared on social media with the caption saying, “Driver license exam station in China.” Though it is not confirmed that the video is from China. In the video, the person giving the test drives a car following a path outlined with multiple skill-testing obstacles. The video starts with the car driving through a zigzag trail. Following this, the driver can be seen reversing the car into a parking spot.

Meanwhile, a person standing on the sidelines observes the driver maneuvering the car through the obstacle course. Moreover, the difficulty of the course keeps increasing as the driver can be seen making an eight with the car. The course level was further increased with the driver doing parallel parking.

The video has already got more than 12 million views on the internet and keeps getting more. Meanwhile, the video was liked more than 181 thousand times. Some of the people in the comments denied that the video originated in China and the test was not “exactly right.” While others were surprised because of the difficulty of the test, a social media user commented on the post, saying, “I give up after a few times and just park half on the driveway and half on the grass. I do get it right sometimes, though. True story.”