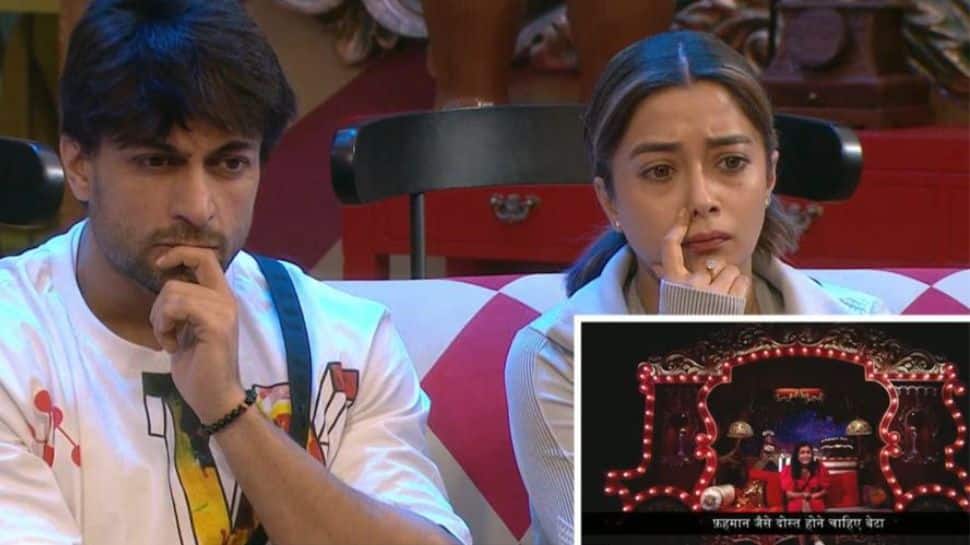 New Delhi: It’s a new day at Bigg Boss house and we are back with the updates! The day as usual starts with the morning anthem. The episode begins with housemates discussing about captaincy. Nimrit and Tina argue as they both want to be the captain. Shalin tries to sort their issues.

Ankit and Sajid discuss about votes. Ankit says channel decides who stays in the house more than votes. Sajid says no its votes, I am confident because my reach is quite vast.

Bigg Boss calls everyone in the living room and shows Sumbul’s father’s conversation in the house. He says that Sumbul and her family took unfair advantage of a call allowed on humanitarian grounds. All the housemates listen to everything Sumbul’s father said about Tina and Shalin.

Shalin and Tina get furious listening to her father’s words and ask Sumbul why is she talking to them? Sumbul says I was not able to listen clearly to his words in the confession room. She says I did not listen that he talked about a friend like Fahmaan. Things get really intense as Shalin and Tina get really angry and say we are being abused for no reason. All the housemates say that such a conversation is unfair to others as they don’t know what’s happening outside the house.

Sumbul breaks down due to all the chaos. Tina says I have lost all respect for Sumbul’s father. She says my father would never do that. Bigg Boss calls Sumbul into the medical room.

Archana, Soundarya and Priyanka say this group is breaking now. Sajid asks Sumbul to apologise and part ways from Shalin and Tina. Sajid tries to resolve the issue but it keeps on getting intense.

Bigg Boss asks Sajid if he had food and asks about fish. Bigg Boss asks Tina about fish. She says I miss it badly. Bigg Boss then calls everyone to the garden area and ask them to onboard the ship. There is a board in which Shiv, Nimrit and Tina’s photo is kept. Other contestants have a chance to change it and add their names. The three names which will remain at the end of the game will have a chance of becoming captain next week. MC Stan is the moderator of the game. The housemates have to collect the fish and the team which collects fish first will win and can add their names on the board.

Aam junta loses two rounds because of Archana and everyone get furious at her behaviour. This means that Shiv, Tina and Nimrit will contest for captaincy next week. Sajid gets mad at Archana use of words. Shiv and Archana get into a heated argument.

That’s all for today, stay tuned for more updates!