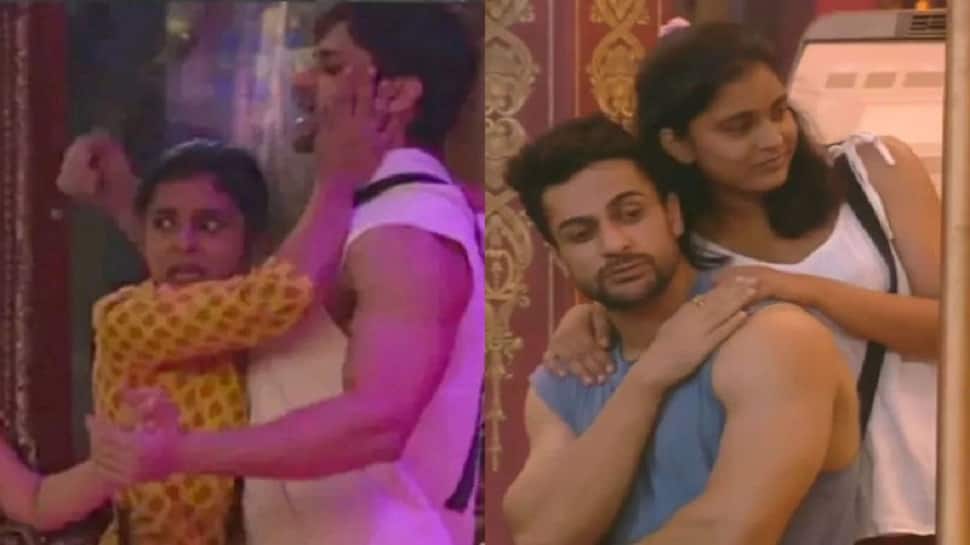 New Delhi: Yet another week where Shalin Bhanot has been making headlines, albeit this time for something unpleasant. The actor had yet another breakdown at the hands of Sumbul’s father who under the pretext of ill health got an opportunity to speak to his daughter and advised her to go against Shalin and bad-mouthed him.

Last night Bigg Boss made up for giving in to Sumbul’s father’s demands by letting the other contestants also know of their private conversation which didn’t go down well with them. Shalin was at his wit’s end & shocked everyone with his display of anger and even kicked the centre table. But netizens are sympathizing with the actor and feel his anger justified.

Time and again Sumbul’s father has made an appearance on the show and tried to malign Shalin despite Salman’s advice to Sumbul to let go of her obsession with Shalin.

During the Shalin – MC Stan saga, Sumbul’s unusual behaviour when she tried to pull away Shalin left the entire house amused & everyone was of the same opinion that her feelings for Shalin were beyond just friendship.

Fans have come out in support of the actor and his social media handles also saw a massive jump in one night owing to his rising popularity and the fact that Shalin has been garnering positive support from the audience.

#shalinbhanot is actually looking like a dignified man now.His anger is justified, he has a son. #SumbulToqueerKhan stop acting like u didn’t hear . Sucha wanna be crocodile tears.
— Rohit Gala (@RohitGala14) November 24, 2022

#ShalinBhanot handled the whole situation so well. His reaction was very obvious.He didn’t questioned sumbul’s father even out of anger! His maturity, sensibility clearly shows he is a winner material

He was right, this will totally ruin his image…

Also even after all this, Shalin didn’t say a single thing about her father and shouted on Sumbul to stay away from him… #BiggBoss16 #BB16
— Anubhav K (@Anubhav_Memerz) November 24, 2022