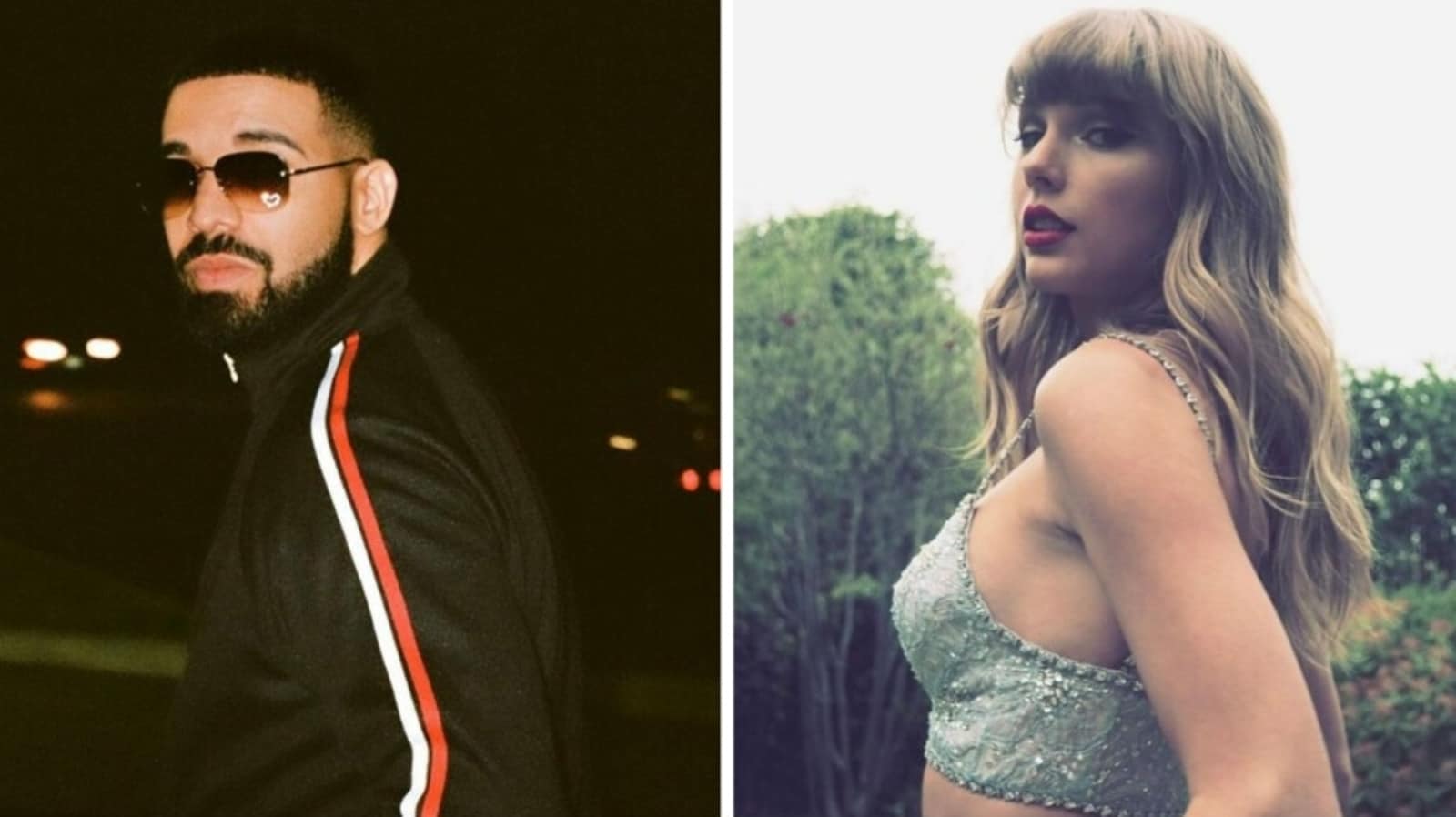 Canadian rapper Drake took to Instagram and shared the post by Billboard Charts featuring Hot 100 songs. He occupied eight spots in the top 10, but missed out on the number one spot, which was claimed by Taylor Swift’s Anti-Hero for the third week. The rapper used emojis to cover Taylor’s name in his post, leading to fans of the singer criticising him for acting in a ‘petty’ manner. (Also read: Drake pays tribute to Sidhu Moose Wala; wears T-shirt with his picture during his concert in Toronto)

Sharing the picture on Instagram Stories, Drake added a couple of emojis such as a man getting a head massage, popcorn, 8 ball, thought bubble among others on the number one slot. He used them to hide Taylor Swift‘s name and her song’s name. The rest of the picture was not hidden

Taylor Swift fans have reacted to the rapper’s move, calling it “petty,” with one user also commenting that he “hates women.” A fan tweeted, “Drake should know better than to make an enemy of Taylor because we all know she’ll find a way to make sure the only certification his next album gets is riaa triple cardboard.” This alleged feud comes weeks after Drake took a dig at rapper Megan Thee Stallion in his new song Circo Loco, where he rapped, “This b** lie about getting shots, but she still a stallion.” Megan had hit it back, tweeting, “Since when tf is it cool to joke about women getting shot!”

Fans of Taylor Swift were also quick to tie Drake’s latest shade on the singer as a quick follow up to his deletion of a photo from his Instagram account where both of them were seen hugging each other.

In the Billboard Global 200 charts, the number 1 spot was taken by Drake and 21 Savage for Rich Flex, followed by Taylor Swift for Anti-Hero at number 2. Drake and 22 Savage launched their new album Her Loss on November 4.