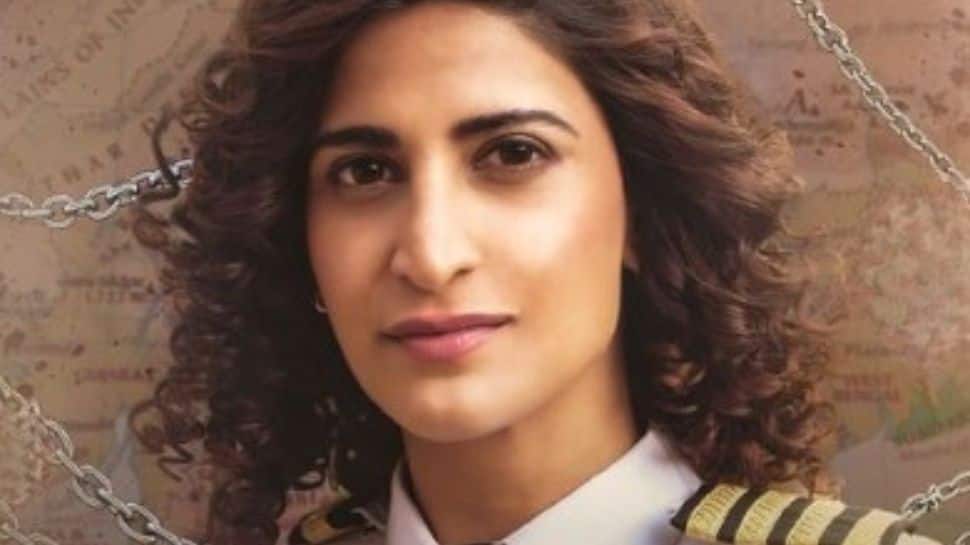 New Delhi: The trailer of Zee5 upcoming film ‘India Lockdown’ has been released and the film has been making noise for portraying the harsh realities of the lockdown induced by Covid-19 pandemic. It stars Shweta Basu Prasad, Aahana Kumra, Prateik Babbar, Sai Tamhankar and Prakash Balewadi in lead roles and Hrishitaa Bhatt in a cameo.

Aahana Kumra, who plays a prominent role in the film was asked about how does people’s opinions affect her since it is always there on fingertips and how does it affect her work. To this, she responded by saying, “Yes, it does affect your work as with great power comes great responsibility. People easily troll them and now a days everyone is a reviewer, and has an opinion and everyone has access to you so easily. It’s very important to be able to filter that, and the only way to filter is to take comments, and feedback the way you would like to take it. Social media makes people accountable and it’s very important during the pandemic. As an individual, you should know how to draw the line or we’ll all go crazy. Sometimes it’s little too harsh and some kindness would be appreciated.”


The trailer of ‘India Lockdown’ was released a few days ago and received praises from the audience and critics alike. In the trailer, we see that Shweta Basu Prasad plays the role of Mehrunissa, a sex worker in Kamathipura in Mumbai who is forced to adapt to the changes brought about by the lockdown and experiment with new ways of doing her business online. Aahana Kumra plays Moon Alves, a pilot who is used to soaring high in the sky but is suddenly grounded for months together and who for the first time realizes what it is like to have her wings cut. Prateik Babbar as Madhav and Sai Tamhankar as Phoolmati are migrant workers who lose their bread and butter in the pandemic and are left to starve or to walk back home as trains and local transports are shut. And lastly, Prakash Belawadi as Nageshwar, an aged man who is stuck in a different city than his daughter at a critical time of her life. The film traces how they cope up with the pandemic and survive through difficult times.