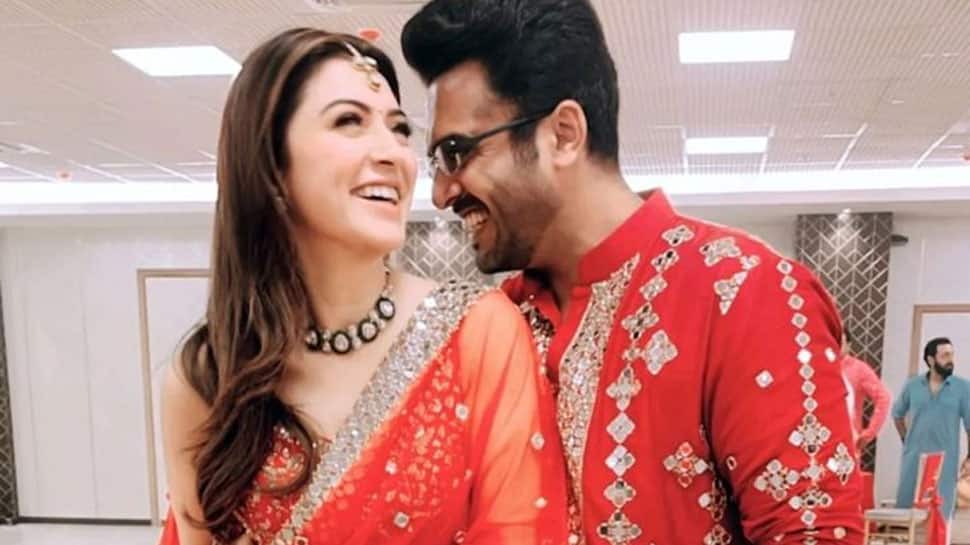 New Delhi: Actress Hansika Motwani and businessman beau Sohael Khaturiya’s pre-wedding festivities have begun with much pomp and aplomb. The celebrations have started with Mata Ki Chowki where the couple was seen twinning in red traditional attire – Hansika wore a gorgeous saree while groom to-be was in red mirror-work kurta set.

Many fan pages dedicated to the actress shared pictures from Mata Ki Chowki celebrations, marking the beginning of their wedding celebrations. In fact, most people at the event opted for outfits in shades of red. Check it out here:

Hansika is all set to marry the Mumbai-based entrepreneur Sohael Khaturiya, who owns the popular garment brand, Avant.

Earlier, Hansika made the announcement public with the grand proposal pictures. She took to Instagram to post a series of pictures including one that showed her future husband going down on a knee to propose to her in front of the Eiffel Tower in Paris. The pictures also showed the words ‘Marry Me’ made using flowers in the background during the proposal. Hansika, who posted a series of five pictures of the proposal, wrote, “Now and Forever”. Several top celebrities have been congratulating Hansika ever since she put out the post.

Hansika’s royal wedding will take place at a 450-year-old fort and palace on December 4 at Mundota Fort and Palace in Jaipur, Rajasthan. Hansika and Sohael will have a Sufi night on December 2, Mehendi and sangeet ceremonies on December 3 respectively.

The couple’s Haldi function will take place in the morning, followed by wedding in the evening.