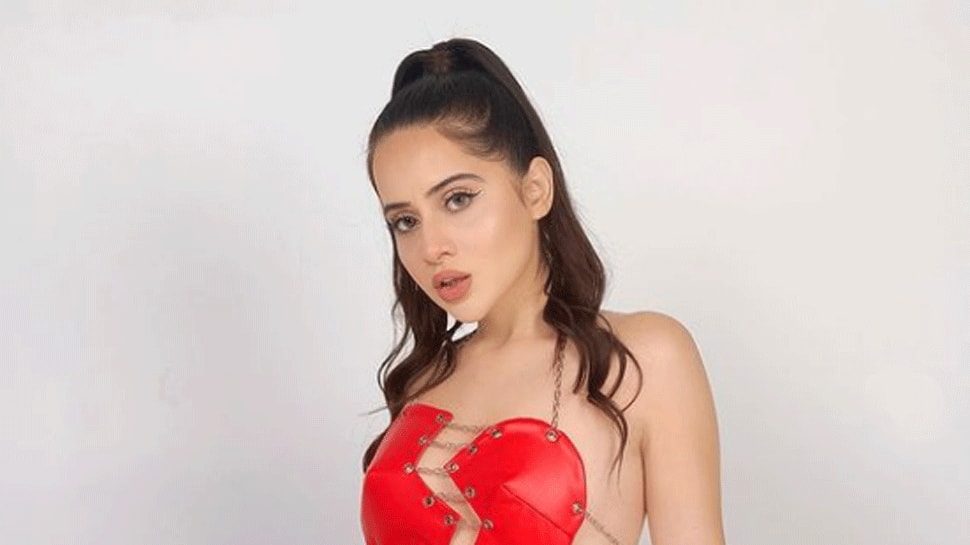 NEW DELHI: Bigg Boss OTT fame and model-actress Urfi Javed loves to grab all the attention with her unique and risque fashion sense. The actress often gets trolled mercilessly for showing skin or wearing bold outfits, however, she doesn’t pay any heed to it and continue doing what she loves the most.

Urfi has gone on to become one of the most papped actors in the entertainment industry. Well-known for posing before cameras in the most bizarre and experimental looks, the famous social media influencer once again hugged the attention after she dropped a video wearing almost nothing. Urfi is seen posing topless with real hands placed on her assets. If you’re guessing that the hands were fake, think again as the actress thanked Shweta Gurmeet Kaur with a wink-eye emoji. “Helping hands. Hair @mmhatre.29 Camera @sk_.click @shwetasrii thanx for the help,” Urfi’s caption read.

The starlet is famous on social media for her DIY videos. Urfi was seen in Bigg Boss OTT season 1 last year and gained stardom. She recently partied with Kacha Badam girl Anjali Arora on her birthday bash and the inside videos from the bash went viral on social media.

Uorfi recently landed into legal trouble for her unique fashion sense. As per ETimes, an anonymous person from Delhi registered a complaint against Javed for ‘publishing or transmitting of material containing sexually explicit act in electronic form’. The report was logged after her music video ‘Haye Haye Yeh Majboori’, that was released in October.