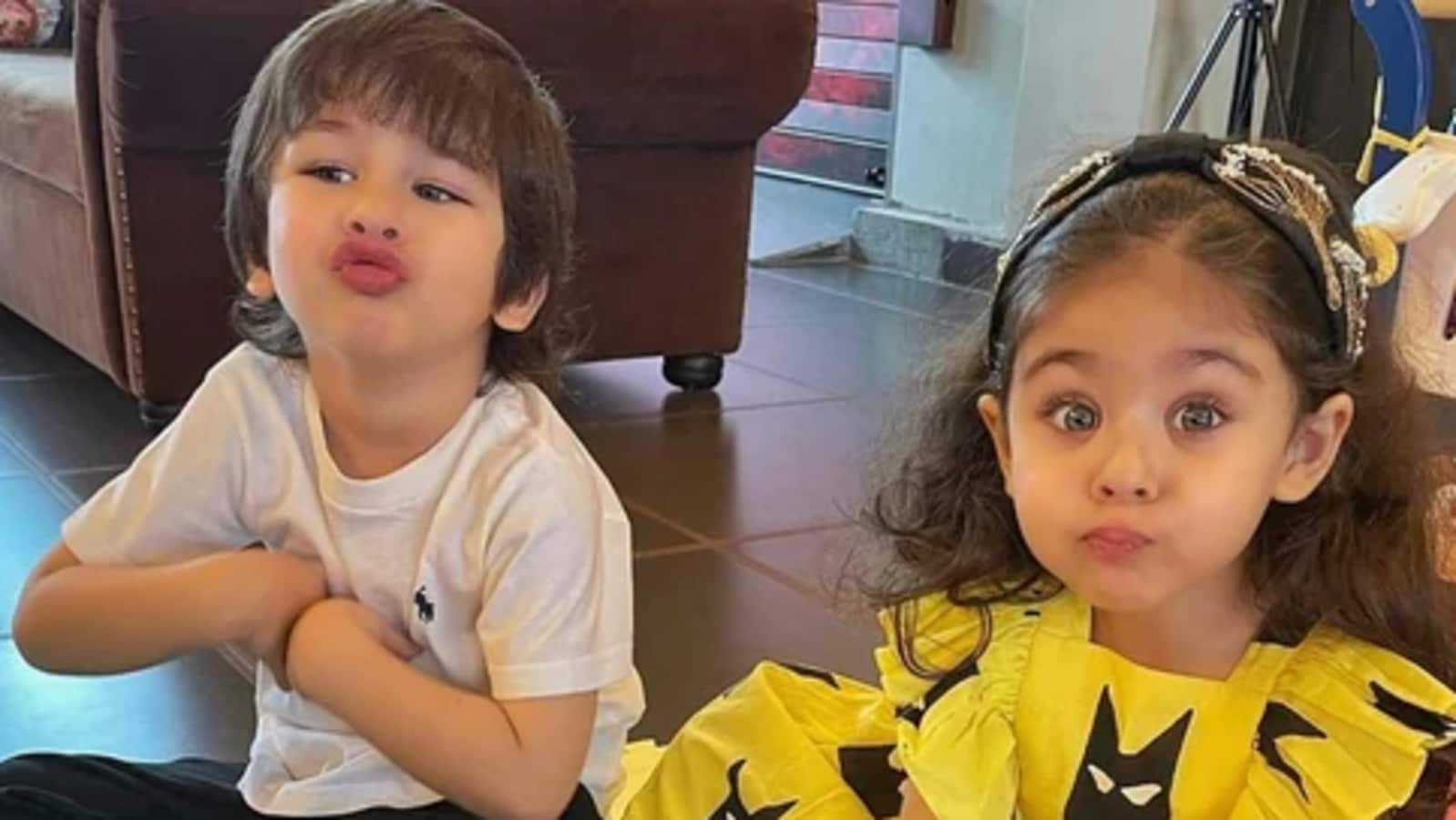 Soha said Inaaya ‘gets stars in her eyes when she looks at Taimur’, when the actor-author was asked whom her daughter was the closest to. Soha said Inaaya looks up to Taimur Ali Khan as an older brother, and it was interesting to see the two form their special relationship.

“She (Inaaya) adores Taimur. She gets stars in her eyes when she looks at him. She thinks everything he does is amazing. Even if he’s just scratching his ear, she’s like, wow. And Jeh is adorable because he’s small. But she’s definitely interested in Taimur as an older brother and there’s a little bit of hero worship going on there. But it’s just interesting to see children react to other children and form their own relationships and bonds. Again, you have to be respectful of what they want, who they want to play with, where their limits are, and who they want to hug or not. You have to be very, very respectful of those things,” Soha Ali Khan told News 18 in a recent interview.

In the same interview, Soha also spoke about the attention her daughter has been getting from the paparazzi from a young age. She said Inaaya sometimes asks her, “Who are these people taking my picture?” The actor spoke about her daughter having rights, and said that although herself and Kunal have chosen to live public lives, their daughter hasn’t.

Soha said, “I think we need to be more respectful towards children and not treat them like toys or control them so much. Similarly, when it comes to strangers recording her, she has questions and I’ve answered those questions to the best of my ability. She understands that she belongs to a family of public figures and there are people who have an interest in her as an individual. When she’s comfortable, she is comfortable and when she wants to put on her mask, she does that. Now she’s old enough to make those choices. We may have chosen to live public lives, but she hasn’t so she shouldn’t.”

Soha was last seen in Hush Hush. She had also turned author along with Kunal Kemmu. The couple has co-authored the children’s books Inni and Bobo Find Each Other and Inni and Bobo Go to the Park. The books follow the journey and adventure of a young girl and her pet. Soha and Kunal married in January 2015, and their daughter was born on September 29, 2017.