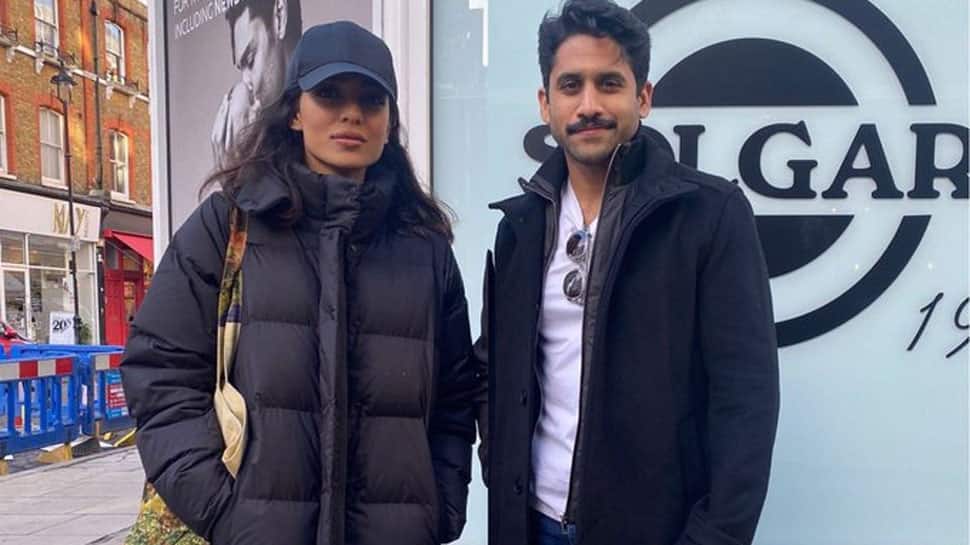 New Delhi: South superstar Naga Chaitanya’s personal life has always caught the public eye. Ever since his divorce announcement with Samantha Ruth Prabhu, netizens wanna dig out all information related to his love life. Amid strong rumours of Chay dating Made In Heaven actress Sobhita Dhulipala, an unseen picture of the two has surfaced online, sending netizens into a tizzy.

However, if you closely look at the viral picture, it’s absolutely visible that Naga Chaitanya and Sobhita Dhulipala’s photo has been edited and photoshopped to look as if they are posing together. Many fans reacted to the doctored picture and showered their support to Samantha as well. Take a look here:

Now where were the people who triggerd Sam on that day ?? That Sam made to do it

u people don’t have balls to question him always pokes Sam for everything??

The one who made mistake is living happily without trolls

On the work front, on Naga Chaitanya’s birthday recently, the makers of the film, unveiled the first look and the title, which was tentatively titled `NC 22`. Director Venkat Prabhu took to Twitter and treated fans with a first look poster featuring Chay in lead.

Meanwhile, ex-wife Samantha recently opened up on battling an autoimmune disease – Myositis. She got immense love and suport from the industry people who hailed her spirit and wished her a speedy recovery.

Sam and Naga, in October last year, the couple announced their split on social media by sharing identical posts. The news of their separation did break a million hearts.

Samantha and Naga Chaitanya met on the set of Gautham Menon’s Ye Maaya Chesave in 2010 and dated for a while. The couple tied the knot in Goa on October 6, 2017, followed by a Christian wedding on October 7, 2017, respectively.