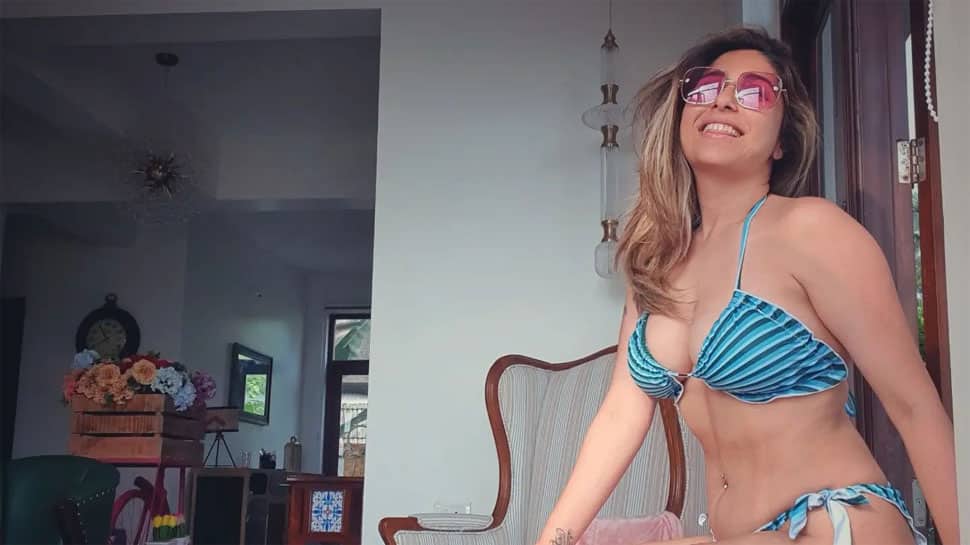 New Delhi: Popular Bollywood singer and Bigg Boss OTT fame Neha Bhasin has been making headlines oflate for her bold and beautiful avatar. After her birthday bash hogged attention for its inside videos and pictures, now the singer dropped a hot-looking video of hers in a bikini set. And guess what? Neha got massively trolled for her video post.

Neha Bhasin took to Instagram and shared a video of hers doing a sexy walk in Rihanna’s song. She wore a white-teal striped bikini set but looks like it kind of irked the netizens. Some haters got talking on the timeline and one person asked: she pretends Almost likes a porn star ..Though she is a pop star while another one said: U don’t need to do this. You are known for your amazing soulful voice and not for skin show. There are dozens who do that and u don’t need to join them Neha. Please don’t lose your individuality and grace in the name of freedom and independence because there is a very thin line between being aesthetic and vulgarity and all your birthday videos and pics and even this one portray that you want to prove the world something else only.

Neha Bhasin was also recently trolled for her birthday bash for her bold outfit. She wore a silver co-ord set consisting of a bralette and a seer trail that came with a thigh-high slit.

In 2021, Neha Bhasin was featured on Times Square Billboard as artist of the month on Spotify for her song ‘Oot Patangi’. She has crooned many hit numbers in Hindi, Telugu and Punjabi including Dhunki, Chashni, Paani Ravi Da and Jag Ghoomeya to name a few.

Oliver Martin - 5 December 2022 0
In a new dawn for the Table Tennis Federation of India (TTFI), a fresh set of faces are set to take charge of the...