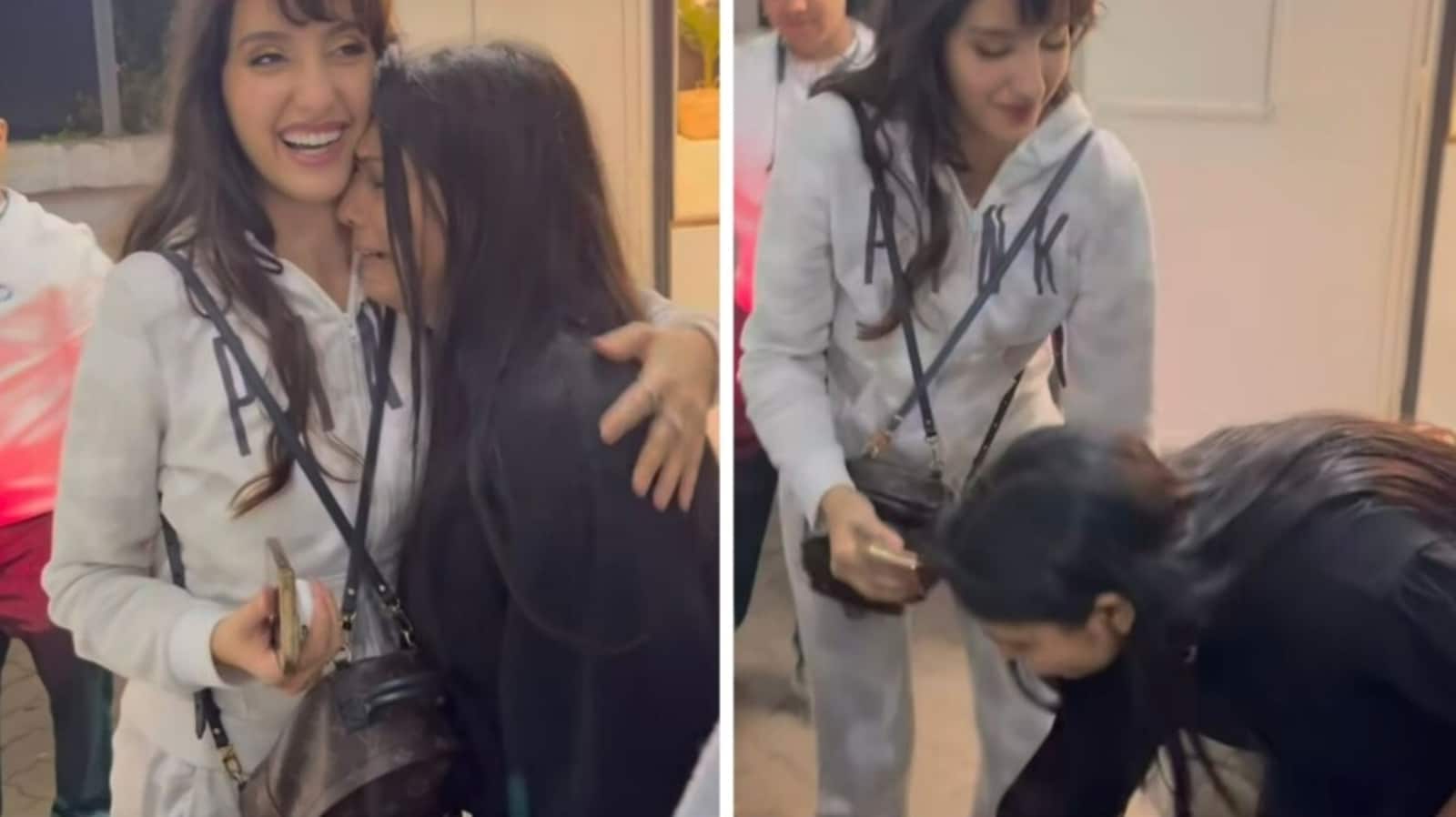 Dancer Nora Fatehi has amassed millions of fans through her successful career as a dancer and an actor. A recent video, where a fan broke down upon meeting her has surfaced online. Nora’s reaction to the fan touching her feet in respect has won fans’ hearts. The interaction took place on the sets of dance reality show Jhalak Dikhhla Jaa 10, where Nora is a judge. (Also read: Kartik Aaryan returns to airport gate to meet young fan screaming his name. Watch)

The video was shared by a paparazzo account on Friday. It shows Nora coming face to face with the fan, who introduces herself as Tanya. Nora then plants a kiss on Tanya’s forehead and hugs her, leading to the fan breaking down in tears. As Nora then asks the fan if she likes dancing too, Tanya nods. Both of them make a heart gesture with their hands while posing for the camera. Tanya then touches Nora’s feet before leaving.

Reacting to the video, one of Nora’s fans wrote, “So cute.” Another fan commented, “@Norafatehi The most beautiful and the kindest person, with kind heart, I love you Nora.” Other fan wrote, “Very nice of Nora (clapping emojis).” Many fans dropped heart emojis on the clip.

Nora, who comes from a Moroccan-Canadian family, has worked in several Hindi, Tamil, Telugu, and Malayalam films. She made her on-screen debut in 2014 with the Hindi film Roar: Tigers of the Sundarbans. She gained popularity the following year as a contestant on the hit reality show Bigg Boss 9. She has also participated in Jhalak Dikhhla Jaa as a contestant. Recently, she got featured with Sidharth Malhotra in song Manike from his film, Thank God.

Currently, she is judging the dance reality show Jhalak Dikhhla Jaa alongside Madhuri Dixit and Karan Johar. The show, which is in its tenth season right now, airs on Colors TV on every Saturday and Sunday at 8 pm.