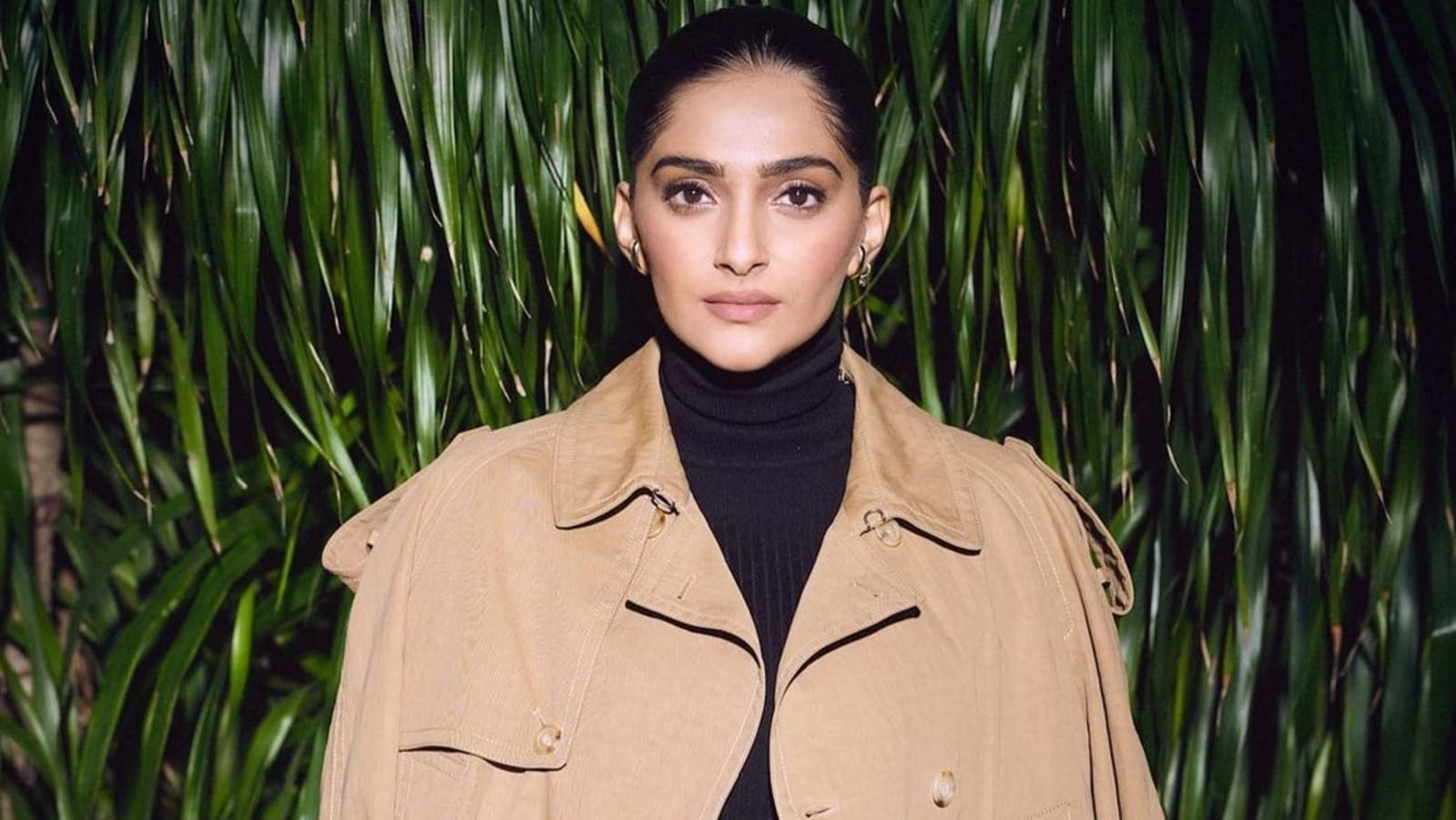 Sonam Kapoor was in Delhi to attend an event on Wednesday. The actor documented everything from her airport look to the outfit she wore to the event at a Delhi mall with businessman-husband Anand Ahuja. Sonam and Anand welcomed their first child together – son Vayu Kapoor Ahuja – on August 20. Sharing pictures and videos of Sonam as she attended her first public event since Vayu’s birth, Anand appeared to be mindblown by the new mom’s transformation. Also read: Sonam Kapoor, Anand Ahuja give the best glimpse yet of Vayu’s face in new post

Sharing a video of Sonam at Mumbai airport that was posted on a paparazzi account on Instagram, Anand wrote on his Instagram Stories, “3 months!” He added a shocked face with exploding head emoji along with a heart eyes emoji. In the clip, Sonam Kapoor was dressed in a mint green skirt and top with a black blazer, a black bag and a pair of black boots, and was seen getting out of her car and walking inside the airport gate.

Anand also shared one of Sonam’s latest Instagram posts featuring her beige and black outfit from the event she attended with him, and actor-brother Harsh Varrdhan Kapoor. Reacting to her look, Anand wrote, “WHATTT!”

Sonam and Anand welcomed their son Vayu in Mumbai. The actor had recently taken to Instagram Stories to share details of her delivery, and her post-natal journey since Vayu Kapoor Ahuja‘s birth. The actor had said that she had a ‘quick birth’, and has been ‘breastfeeding easily’. The new mom also shared the steps she took to ensure she had no stretchmarks.

Sonam had announced her pregnancy on March 21 with the couple’s photo. She and had written in her Instagram caption, “Four hands. To raise you the very best we can. Two hearts. That will beat in unison with yours, every step of the way. One family. Who will shower you with love and support. We can’t wait to welcome you.” They had announced their son Vayu’s name via an Instagram post, a month after his birth.