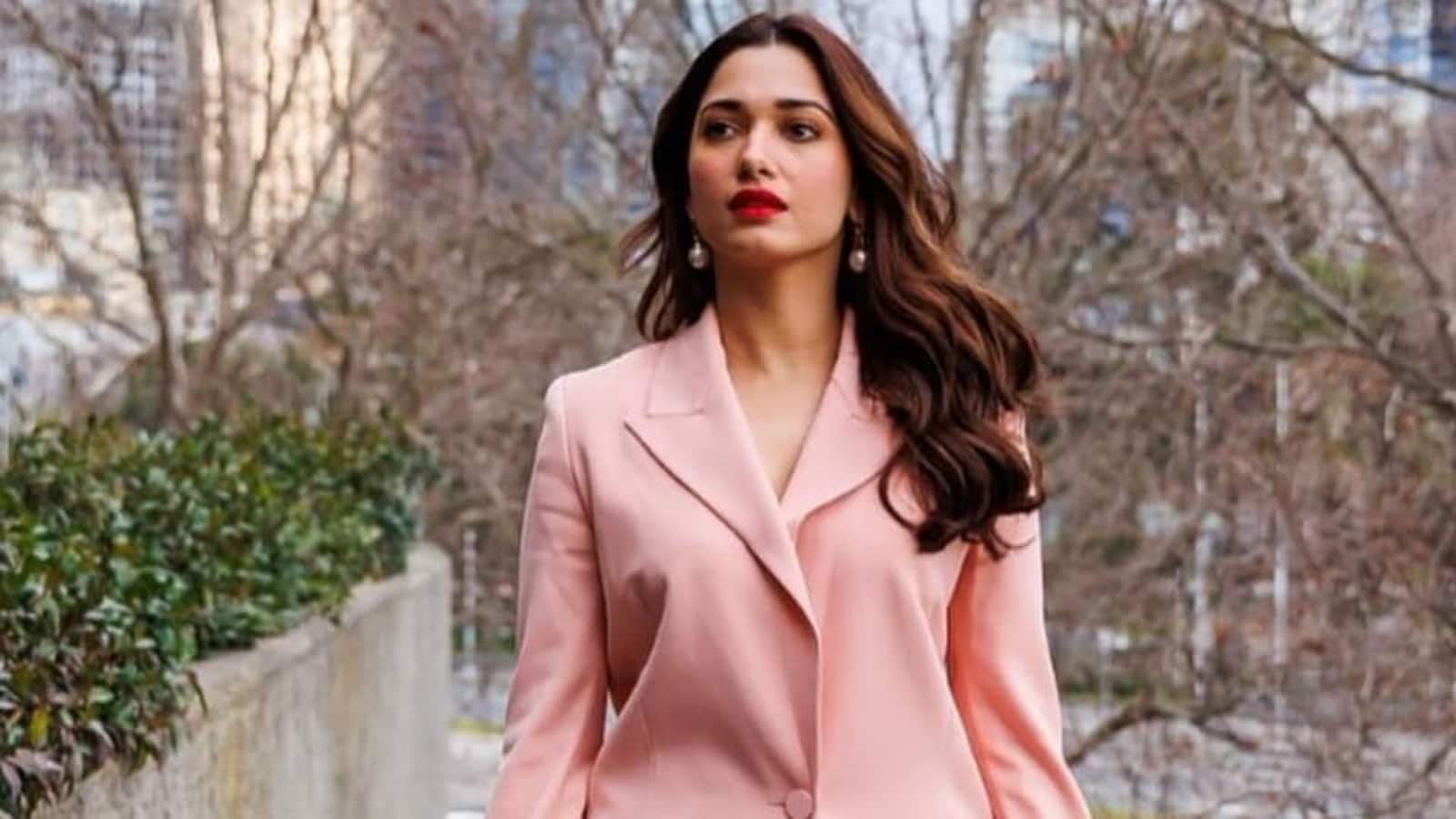 Actor Tamannaah Bhatia reacted to a paparazzo’s post on the rumours of her wedding. Taking to Instagram, the paparazzo had posted a video of Tamannaah in a green saree entering a room and closing the door. The caption read, “Marriage rumours of Tammanah Bhatia. Is she getting married to a businessman, who tried to woo her???” (Also Read | Tamannaah Bhatia says she feels awkward at fancy dates)

Sharing the clip on Instagram Stories, Tamannaah added several face with monocle emojis and wrote, “Seriously???” Tamannaah then posted a video of herself. In the brief clip, she was dressed like a man sporting short hair and moustache.

Tamannaah wore a white T-shirt, green jacket, dark pants, and white sneakers. In the video, she was in the same spot as in the previous clip. She opened the door, gave different poses and then quickly closed the door. The actor wrote, “Introducing my businessman husband… (laughing emojis) @viralbhayani.” Tamannaah added the hashtags ‘marriage rumours’ and ‘everyone scripting my life’.

Earlier, several reports had cliamed that Tamannaah will tie the knot with a Mumbai-based businessman. As per an India TV News report, the businessman has been ‘making efforts to win her over for some time’. Earlier this year too reports emerged about Tamannaah’s wedding. As quoted by News18, Tamannaah had then said, “I’m not in the mood to get married right now. My career is going great right now, and I want to focus on my career.”

Anand Gandhi says Kantara celebrates ‘toxic masculinity’, is nothing like his Tumbbad – NewsUnfolded