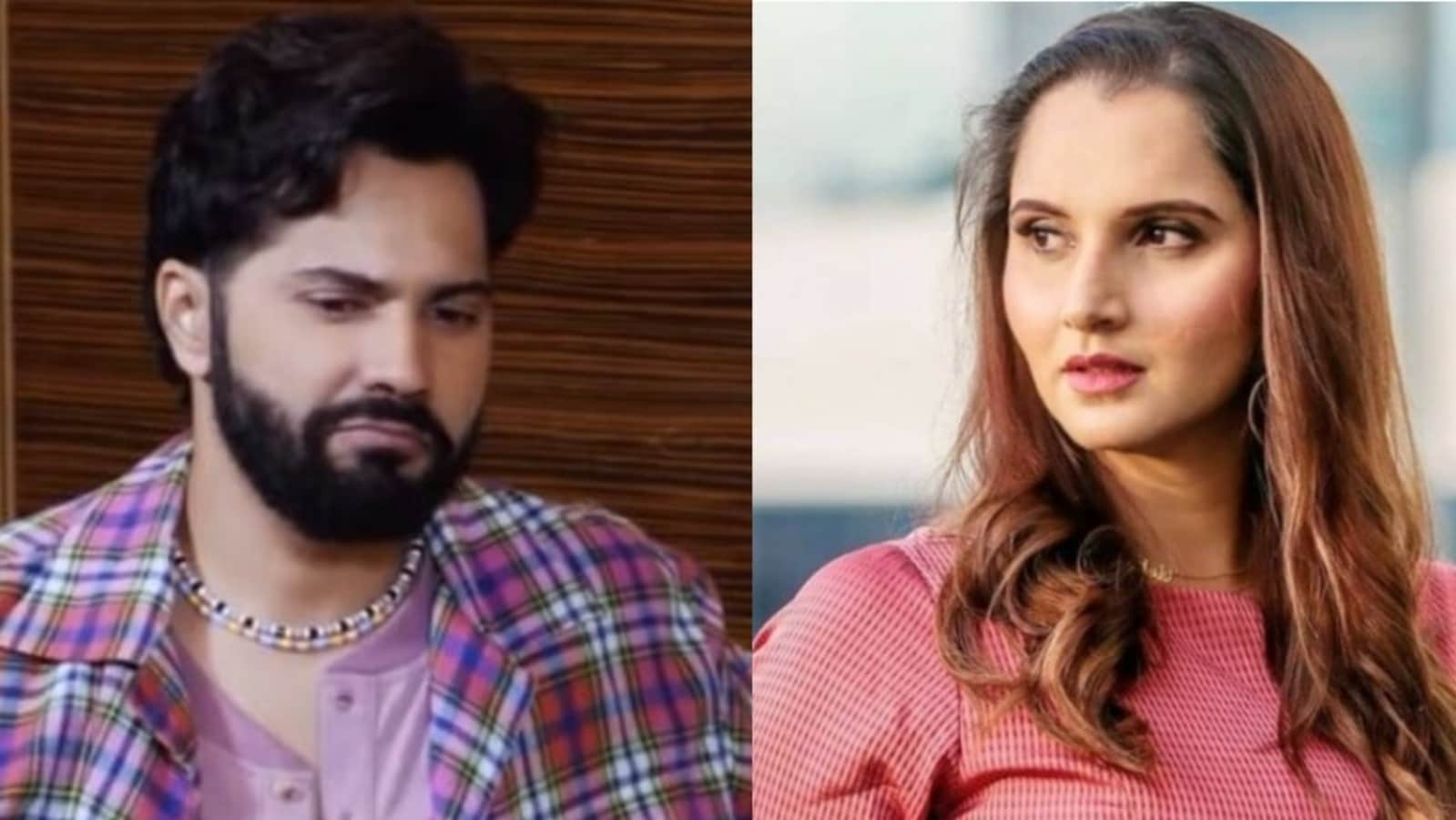 Varun Dhawan has revealed in a new interview that he had a huge crush on tennis star Sania Mirza and her mom scolded her. It was at the time when Varun was working with a production company on an ad. (Also read: Varun Dhawan tells Kriti she’s not the first female actor to ask for more money)

“I was working for Mad Productions, Mukul Anand’s team and I was working on an ad that featured Sania Mirza. We had to get 300 shoes. I went to Linking Road and rented 300 shoes. I had this huge crush on Sania Mirza at the time. She asked me for an apple. And I got this apple,” Varun told Crazy TalesMid East.

“I was giving her like (trembling) I said Aunty… apple. Her mother thought I was crack or something. So she asked who told you to bring this apple?’ Luckily she came and said I want the apple. I got like ₹5000 for it, to get the shoes, and also maybe the apple,” he added.

A Maddock Films production, Bhediya also features Kriti Sanon, Abhishek Banerjee, and Deepak Dobriyal among others. It is set for a theatrical release in Hindi, Telugu, and Tamil languages on November 25.

Recently, Varun performed at the ongoing International Film Festival of India in Goa. Bhediya is also set to be screened at the festival that will go on till November 28.

Apart from Bhediya, Varun has Nitesh Tiwari’s Bawaal in the pipeline. The film also stars Janhvi Kapoor. Earlier this year, he featured alongside Anil Kapoor, Kiara Advani and Neetu Kapoor in Jugjugg Jeeyo.