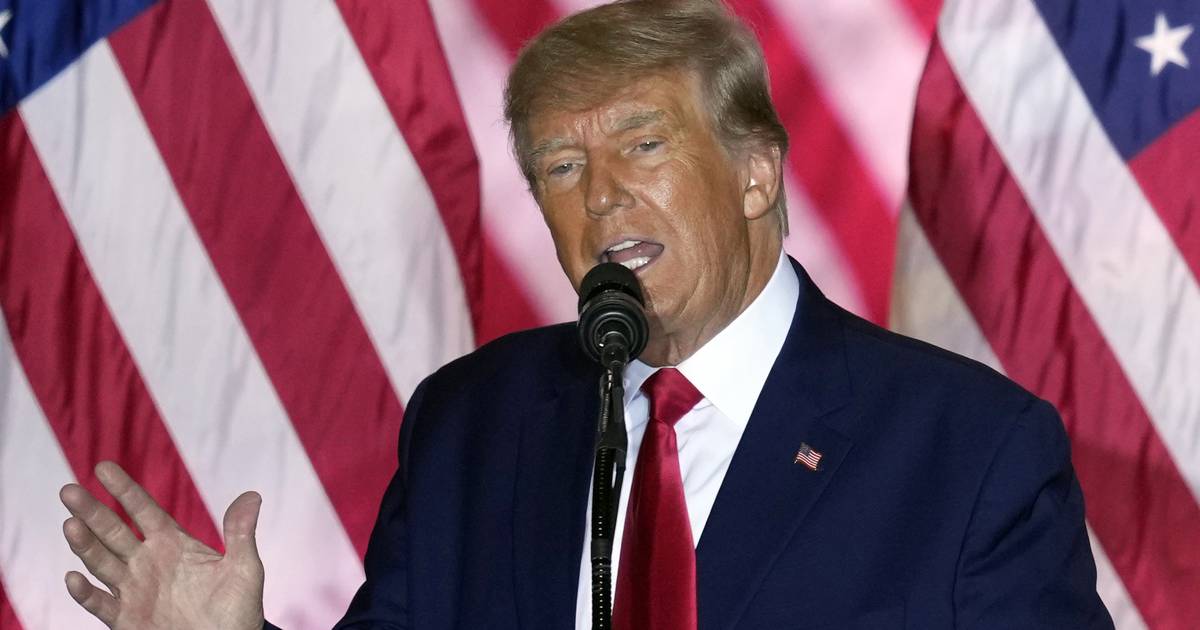 As former President Donald Trump declared another run for the White House, he infused his 63-minute Tuesday night speech with an array of misrepresentations, conspiracy theories and outright falsehoods.

Here is a brief fact-check of a handful of head-scratching moments from Trump’s remarks.

Addressing supporters from a gilded ballroom at his Mar-a-Lago estate, the 45th president mostly laid off the lie that has come to define his post-2020 persona: that he beat Biden in the election that, in fact, he lost.

But his suggestion that China played a role in the 2020 race — which drew cheers at Mar-a-Lago — does not appear to be based on evidence.

A declassified report released by the Office of the Director of National Intelligence instead found that China did not interfere on either side and “considered but did not deploy” influence operations aimed at affecting the outcome.

Trump, who has a long history of inflating figures, perhaps could define this exaggeration as a matter of rounding to the nearest 50. But inflation has not reached its highest rate in a half-century.

The inflation rate for the year ending in October was the highest in 40 years, according to Labor Department data.

The wall Trump promised to build along America’s southwestern border was not completed during his presidency — about 280 miles went unfinished through the end of his term, according to a Customs and Border Protection report obtained by CNN.

The number of crossings on the southwestern border identified by Customs and Border Protection did spike to about 2.4 million in the last fiscal year. But there is no evidence that the total number of people crossing into the U.S. was anywhere near 10 million.

This campaign promise addressed the Green New Deal, a proposal from Rep. Alexandria Ocasio-Cortez, a New York Democrat, and Sen. Ed Markey, a Massachusetts Democrat. But the Green New Deal, an expansive eco-friendly agenda trumpeted in a 2019 congressional resolution, did not pass.

Biden did not sign on for the Green New Deal, though he did approve the nation’s most expansive investment ever in the fight against climate change.

Oliver Martin - 5 December 2022 0
Croatia reached the quarter-finals of the World Cup on Monday with a dramatic 3-1 penalty shoot-out win over Japan after a tense last-16 clash...