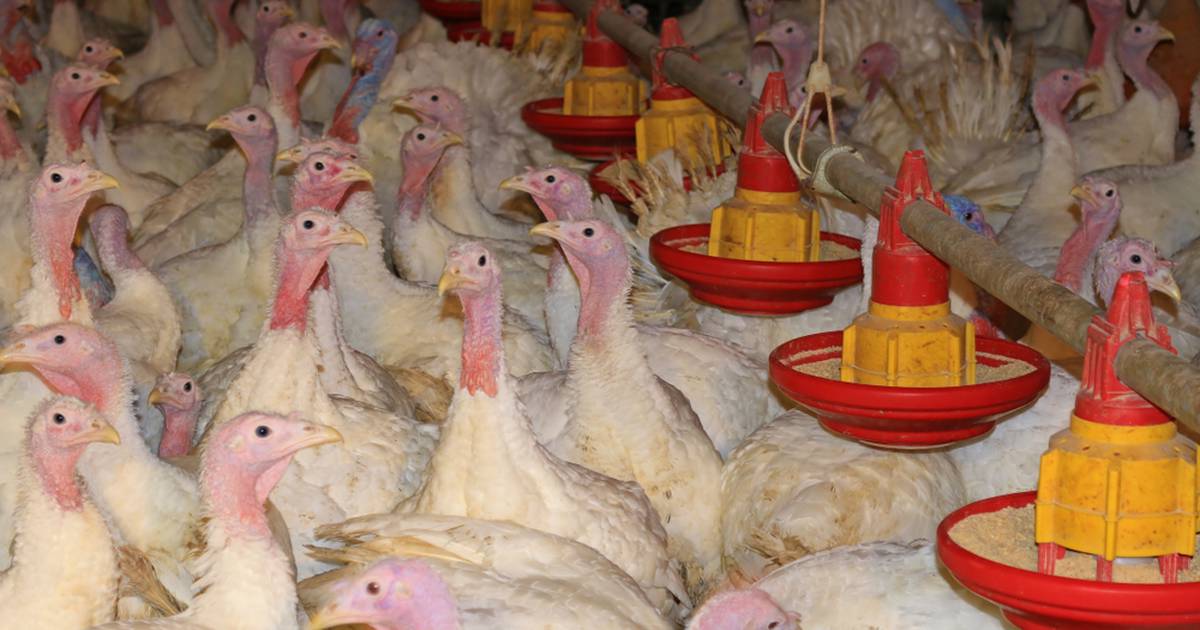 While Americans lament the rising cost of turkeys as they plan their holiday menus, massive suffering ensues on factory farms across the country as USDA employees are tasked with killing millions of turkeys and disposing of their bodies using methods that, if they were applied to dogs or cats, would be considered not just cruel, but illegal.

Highly pathogenic avian influenza (HPAI) is a disease that has been spreading like wildfire through factory farms around the world since January. The conditions that have allowed Americans to enjoy cheap turkey at their holiday tables, namely packing thousands of turkeys into a dim barn in barren, unsanitary conditions, have also created the perfect environment for diseases with pandemic potential to spread. Indeed, the CDC states that “If HPAI Asian H5N1 viruses gain the ability for efficient and sustained transmission among humans, an influenza pandemic could result, with potentially high rates of illness and death worldwide.”

As we continue to feel the effects of the COVID-19 pandemic, now is the time to leave these abused animals off our holiday tables as an act of rebellion against a food system that incentivizes the suffering of humans, turkeys and our shared environment.

More than 50 million birds, including more than 6 million turkeys, have been “depopulated” in a barbaric attempt to mitigate the spread of this virus. One common method of killing, ventilation shutdown plus, involves sealing up a shed full of thousands of turkeys, turning on the heat, and then waiting, sometimes hours, for the turkeys to die of hyperthermia, more commonly known as heat stroke. This is their fate after weeks or months of suffering endured as a commercially raised turkey. Turkeys are crowded into poorly ventilated industrial facilities, sometimes with as many as 15,000 other birds. Because of this overcrowding, turkeys will often have parts of their beaks and toes removed to prevent them from injuring each other.

While it can be hard for us to imagine that the iconic American Thanksgiving turkey on our table was once a living, breathing individual with its own personality, desires and preferences, our own relationships with turkeys at sanctuary tell a very different story. People who care for turkeys know that they are bright, social, sentient creatures who form deep, loving relationships with both their turkey and human family and friends, and appear to feel emotions like fear and happiness. Turkeys will often cluck and gobble to the tune of certain songs, almost as if they’re singing along. They enjoy physical touch and will even make purring sounds when they are happy and content.

The 6 million turkeys killed as part of this HPAI outbreak thus far are all individuals and they all wanted to live. Indeed, we know that turkeys like Sandy and Roberto would have suffered immensely both during their lives on-farm and then during these cruel mass-killing events had they not been fortunate enough to find their way out of the turkey industry.

We are all overloaded with information that sheds light on the ways in which humans are not living in mutualistic relationships with each other, other animals or the earth. We know that it can feel too heavy to take on another problem. But on a day when we are seeking to center gratitude and to reflect on the harms that our society has inflicted upon indigenous peoples, animals, and our earth, it may actually be a small act of rebellion to leave that expensive turkey off of your holiday table and to instead replace it with one of the countless plant-based alternatives.

Collins is a veterinarian at Farm Sanctuary, the country’s first farm animal sanctuary and advocacy organization, and a faculty member at the Cornell University College of Veterinary Medicine. Torgerson-White is an animal welfare scientist and research director at Farm Sanctuary.