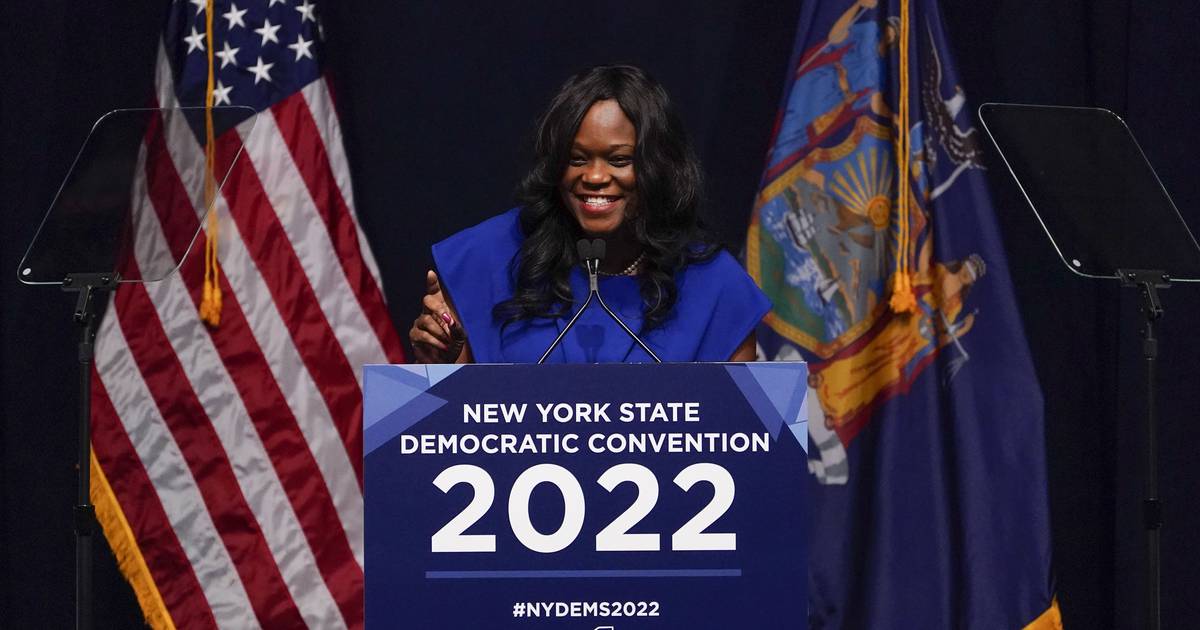 In a year when the Supreme Court overturned Roe v. Wade and election-denying Republicans threatened to take both houses of Congress, the stakes of the midterms were clear. The Brooklyn Democratic Party should have been mobilizing the borough’s 1.2 million Democrats to protect our shared values, from reproductive freedom and racial justice to addressing the climate crisis.

Instead, party leaders were too busy handing out judicial seats and kicking perceived opponents off of the County Committee to remember their responsibility to the electorate. Rather than organizing its base, the Brooklyn Democratic Party held a big-dollar fundraiser just a week before Election Day — in which it didn’t raise any funds for candidates, as party Chair Rodneyse Bichotte Hermelyn admitted to New York Focus at the event.

As of eleven days before the general election, campaign filing disclosures showed that our local party had spent nothing to support candidates this election cycle. Their ground game was just as lackluster, failing both to organize membership and providing no support to Democratic candidates in tough races.

“I certainly didn’t get a call either from county or state,” said Assemblywoman Mathylde Frontus, who is projected to lose her seat to a Republican, when asked by City & State whether she received any support from the party.

That decision to sit on the sidelines had real consequences. In Brooklyn, Democrats are projected to lose three Assembly seats to Republicans, a depressing result after decades of steady gains. These include Frontus, who currently represents neighborhoods that include Coney Island and Bay Ridge; Peter Abbate Jr., who has represented neighborhoods including Bath Beach and Dyker Heights since 1986; and Steve Cymbrowitz, who represents portions of Sheepshead Bay and Brighton Beach.

Why did this happen? Brooklyn is the most Democratic county in the eastern United States, but in this election, voter turnout collapsed. Brooklyn voter turnout was 61% of its 2020 level; in all of New York, the only counties that did worse in this comparison were Queens and the Bronx. These missing Democratic votes are in part the cost of our local party’s lack of leadership.

It didn’t have to be this way. Brooklyn Democrats are eager to get involved. This was clear when New Kings Democrats and other clubs were mobilizing volunteers for this election. Volunteer canvassers, with no support from our local party, helped first-time state Senate candidate Iwen Chu, who is projected to win her race, take a 215-vote lead over Republican Vito LaBella (who famously claimed “I hate f—ing Brooklyn” just last year in a video from his Massachusetts summer house). We also helped organize County Committee members and volunteers to knock on thousands of doors for Gov. Hochul.

In contrast, the Brooklyn Democratic Party circulated a slapdash volunteer sign-up for phone banking just a few days before the election. This came only after a County Committee member called out the party’s lack of contributions to Democratic candidates in competitive races on social media.

While Yamil Speight-Miller, the party’s new executive director, initially claimed to a New York Focus reporter that their phone banking efforts resulted in “at least 300,000″ calls, he backtracked when asked for documentation. Rather than backing up his claim, Speight-Miller said over text message to the reporter, “you can remove it if you like.”

Our local party may find it difficult to recruit volunteers because they kicked hundreds of volunteers out of Brooklyn County Committee seats last month — people who were willing to sit through 10+ hour meetings to play a role in their local party.

Republicans nationwide are sowing fear and disinformation, and pushing us toward an authoritarian future. The institution best positioned to stop this, and protect our communities, is the Democratic Party. But our local party is failing to meet this moment, and the rising tide of red seats in Southern Brooklyn is proof of the problem.

Many Brooklyn Democrats have been sounding the alarm on party leadership for some time. Earlier this year, Democratic clubs, organizations and elected officials came together to support “Brooklyn Can’t Wait,” an initiative to elect district leaders, members of the party’s Executive Committee, committed to transforming the party into a more accessible, accountable and transparent organization — one that exemplifies small-d democratic principles.

This coalition fought together for new leadership in the party — with 13 district leaders winning their races in the June 2022 primary — and is continuing that fight because there is so much at stake. Our county Democratic Party will be stronger if leaders give grassroots members a voice in how our party operates.

A weak Democratic Party in Brooklyn has consequences, and with a crucial presidential election coming in 2024, we cannot repeat these mistakes. The energy and vision our party needs is already present in every community in Brooklyn. Party leaders just need to give volunteers a seat at the table.