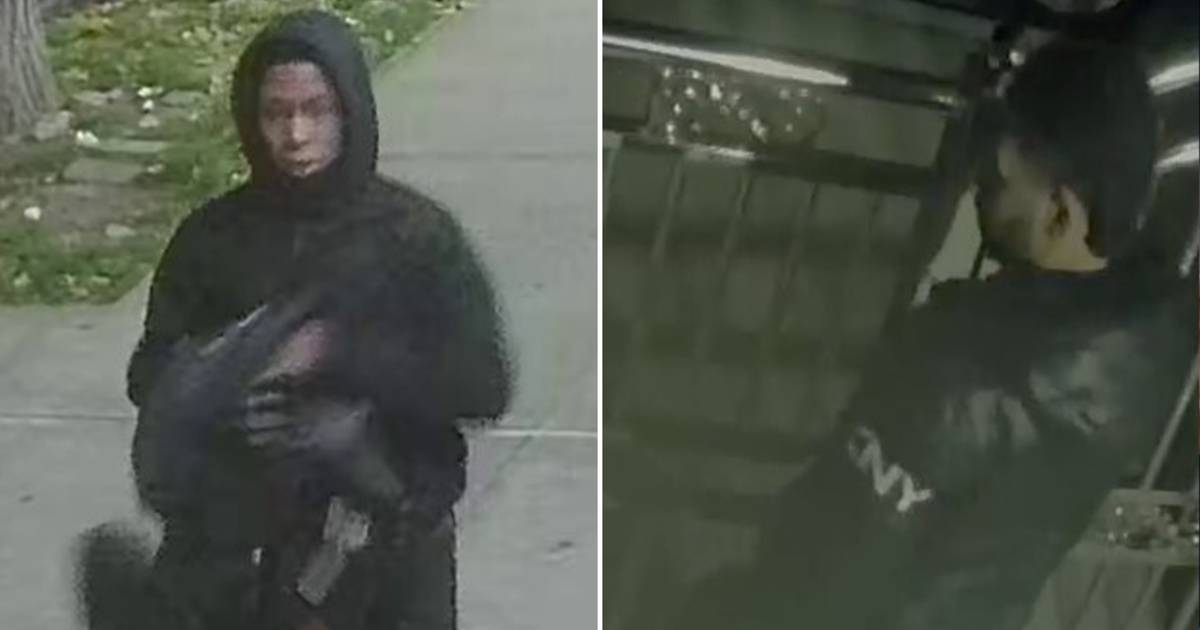 The cops parked their vehicle just in front of the BMW while a second unmarked police vehicle stopped just behind it, boxing the luxury car in.

As the officers walked toward the BMW, the man caught changing the plate jumped into the backseat. A man at the driver’s seat repeatedly drove forward and reversed, ramming the two police vehicles.

The cops called for backup and an NYPD officer in uniform arrived and stepped out of his car. The BMW driver screeched backward and slammed into him, injuring his right knee.

The driver then recklessly drove down the sidewalk to get away, cops said.

Cops released surveillance footage of the suspects and are asking the public’s help identifying them and tracking them down.