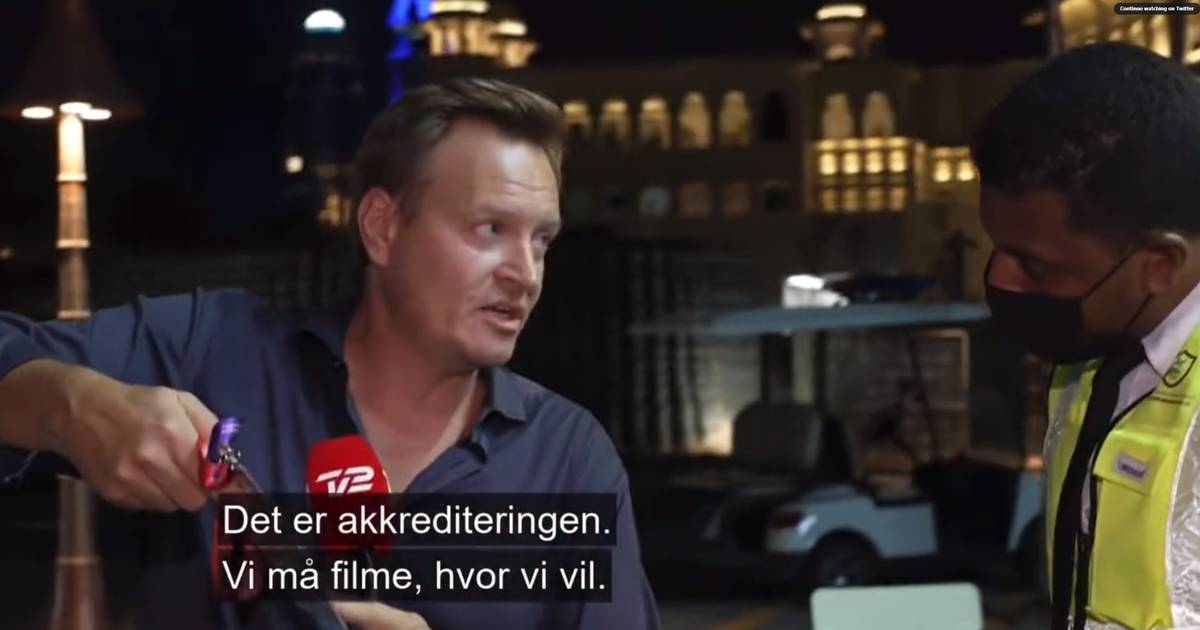 Qatari authorities harassed a TV crew from Denmark while they were trying to film a World Cup segment, threatening to smash their camera and trying to take them off the air.

Rasmus Tantholdt was reporting from Doha for TV 2 Denmark on Tuesday when three men accosted him and his crew, blocking the camera lens and attempting to shut down the broadcast.

“You invited the whole world to come here, why can’t we film? It’s a public place,” Tantholdt asked in English. He attempted to show a pass that apparently permitted TV 2 Denmark to film on the location. It did little to help.

Qatari security continued to cover the camera lens and argue with Tantholdt.

“You can break the camera, you want to break it? You are threatening us by smashing the camera?” Tantholdt asked.

The incident was captured live on TV 2 and has since been viewed millions of times on social media. Moments before security arrived, the studio anchor in Denmark had asked Tantholdt what the conditions were like for journalists in Qatar covering the World Cup.

“Well, I can show what the situation is like by turning the camera around,” Tantholdt said before security confronted him.

Qatar’s Supreme Committee for Delivery & Legacy apologized Wednesday, saying that the TV crew “were mistakenly interrupted” and their passes were legitimate.

Organizers for the World Cup, which begins Sunday, have denied that there are strict limits on filming in Qatar. However, they also “issued an advisory to all entities to respect the filming permits in place for the tournament.”