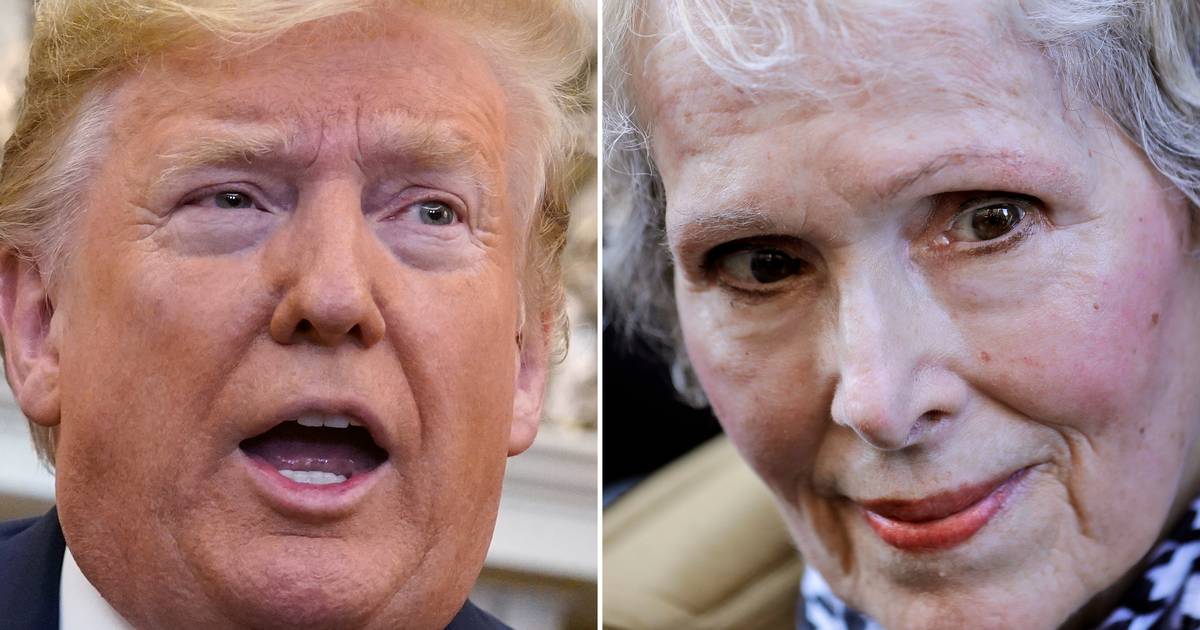 Carroll’s lawsuit filed in federal court in Manhattan accuses Trump of pinning her against a wall and then raping her inside a dressing room at Bergdorf Goodman’s on Fifth Ave. near E. 58th St. between the fall of 1995 and spring of 1996.

The lawsuit was among the first filed under the Adult Survivors Act, which went into effect at midnight. It gives sexual assault survivors one year to sue their alleged assailant regardless of when the attack occurred.

The detailed suit meticulously describes how the incident occurred after a then-52-year-old Carroll, a former Elle Magazine advice columnist who appeared on “Ask E. Jean TV” at the time, bumped into Trump at the entrance to the store as she was leaving.

Trump asked her to join him on a shopping trip. The lawsuit describes Carroll joining him and being “thrilled that Trump would want her advice.”

“She stuck around, imagining the funny stories that she might later recount,” reads the suit.

Trump allegedly raped her when they got to a dressing room in the lingerie department, where he teased her about trying on a see-through bodysuit. Trump lunged at her and gave her a forceful kiss, according to the suit. After she shoved him away, Carroll claims he pinned her against a wall, pulled down her tights and raped her.

After she managed to break free and flee the store, a disoriented Carroll immediately called journalist Lisa Birnbach about the assault, according to her lawsuit. Days later, she told her friend, Carol Martin, the news anchor.

The lawsuit details how Carroll’s friends advised her to stay silent out of fear Trump would try to ruin her reputation. It describes her never having a romantic relationship since.

“In Carroll’s own words the ‘music had stopped’ and the ‘light had gone out’ after Trump attacked her at Bergdorf’s,” reads the suit.

A representative for Trump did not immediately respond to a request for comment.

Carroll, 78, is already suing Trump for defamation for calling her a liar when she first spoke out about the alleged rape when he was president. He notoriously said she was “not my type” during the same comments. Both Trump and Carroll have been deposed in the lawsuit.

The defamation case is now in the hands of the D.C. Court of Appeals, which will decide whether Trump was acting officially as president when he made the comments. If so, he can be substituted as a defendant with the U.S. Department of Justice.

This story will be updated.

Garrett Wilson on Jets offensive outburst: ‘We know what we are capable of’ – NewsUnfolded