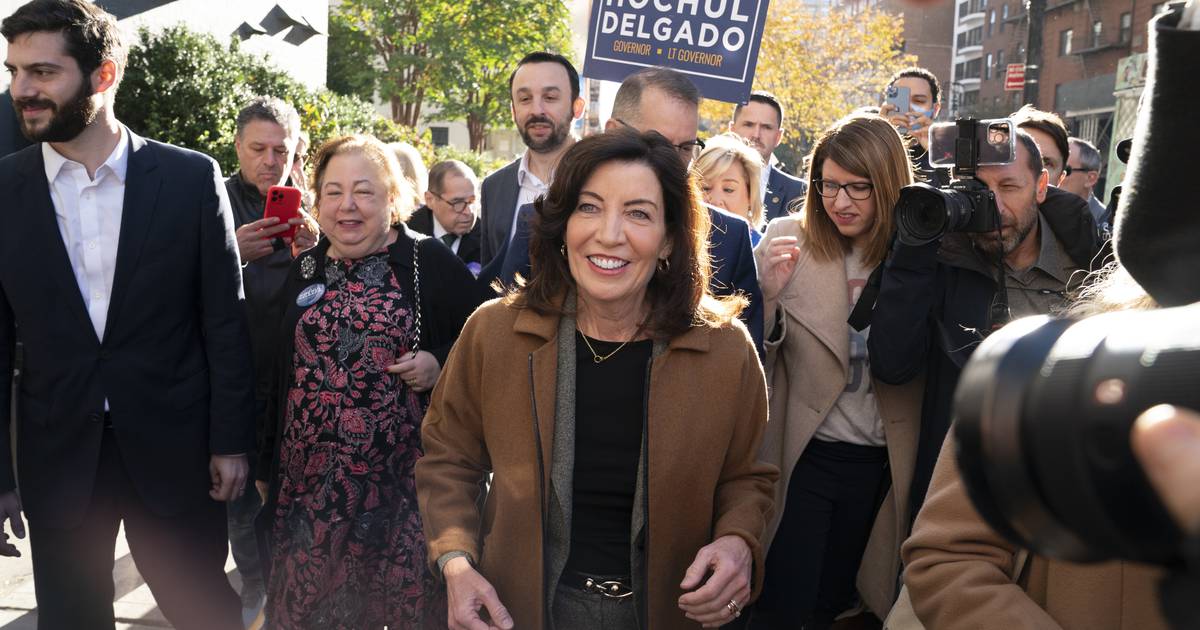 This week, Kathy Hochul survived a too-close-for-comfort election against Lee Zeldin for governor. For Hochul, this should be a wake-up call that New York’s voters can’t be taken for granted.

Hochul may have thought that she could coast to victory largely by getting wealthy donors to open their pocketbooks and running a Rose Garden strategy, but now, as she heads into her first full term, it’s time for Hochul to truly fight for the priorities that everyday New Yorkers care about most — or risk ending up as a one-and-a-half term governor.

One issue that should be at the top of Hochul’s to-do list: our state’s growing housing emergency.

New Yorkers are hurting right now. While rent has never been a bargain in New York, in the past year housing costs have reached soaring heights the likes of which we haven’t seen in decades, putting an unprecedented squeeze on New Yorkers’ wallets.

The median price of rent in Manhattan topped $4,000 per month this summer, a record high. In Brooklyn, rents have increased by 23% over last year. Homelessness has reached levels not seen since the Great Depression, and there are more than 100,000 children lacking a permanent place to call home — a number that doesn’t even include the many thousands of asylum seekers who have sought shelter in New York in recent months.

The problem isn’t limited to the five boroughs. Hudson Valley residents are struggling with soaring housing costs amid a wave of new incomers from Manhattan and Brooklyn. Rents are shooting up in cities upstate, from Albany to Rochester.

Yet in the face of such widespread pain, Hochul has stayed relatively quiet. While the governor did include an affordable housing plan in her budget this year, she has refused to support more far-reaching proposals to help tenants.

Most notably, Hochul has stayed silent on the Good Cause bill, legislation to give tenants stronger tools to fight evictions and out-of-control rent increases. Evictions in New York have increased after the pandemic-era moratorium was lifted in January, climbing to 50,000 in the first half of this year. So many New Yorkers are getting kicked out of their homes that there aren’t even enough lawyers left to represent them.

The Good Cause bill would protect tenants by requiring landlords to justify rent hikes that are higher than 3% (or 1.5 times the current rate of inflation, whichever is larger). If landlords refuse to renew a tenant’s lease, they’d need to be prepared to justify the decision in court. Landlords could still deny a lease renewal in order to occupy a unit themselves or have a family member move in.

The legislation would be a sea change for tenants, making it easier for them to call for safer conditions without fear that their landlord would retaliate against them. It would also shield tenants from outrageous rent increases. For many working families in New York, such increases all but amount to an eviction.

Hochul could also throw her weight behind the Housing Access Voucher Program (HAVP), which would provide financial assistance to people who are homeless or at risk of homelessness, similar to the Section 8 rental assistance program. Such a program would provide much-needed relief for overcrowded homeless shelters and make it easier for thousands of New Yorkers to get access to safe and affordable housing.

Not only are both of these proposals smart public policy; they’re also widely popular. A May Data for Progress poll found that a whopping 67% of voters, including 63% of independents, support Good Cause. The legislation commanded virtually the same level of support carried in every corner of the state, including in more conservative regions like Long Island.

HAVP, meanwhile, was backed not just by the state Assembly and Senate, but even by real estate interests like the Real Estate Board of New York. It was only Hochul’s opposition — motivated by dubious estimates of its cost — that finally sank the bill last session.

This time around, Hochul has a chance to do better. Both Good Cause and the Housing Access Voucher Program would let millions more New Yorkers from Buffalo to Brighton Beach afford the rent and stay in their homes.

Supporting the measures would also help Hochul push back on her conservative opponents’ spurious claims of a crime wave in New York. Numerous studies have shown that fewer evictions make neighborhoods safer and lessen the likelihood that families will find themselves homeless. If we truly want to keep New York safe, we can start by keeping people in their homes.

With conservatives sensing blood in the water and ex-Gov. Andrew Cuomo waiting in the wings, Hochul’s future is far from secure. Rather than simply defining herself as a better alternative to right-wing extremists, the governor has the chance to build a proactive agenda that works for working families. It’s time for her to seize it.

Weaver is campaign coordinator for Housing Justice for All.