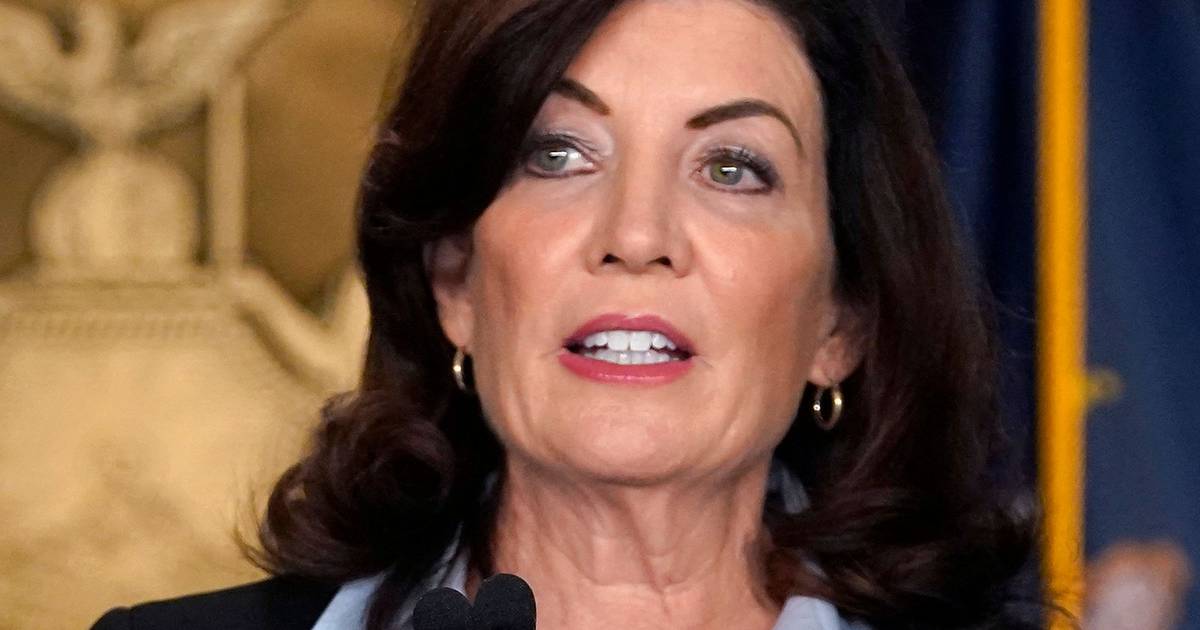 New York is now kryptonite for some cryptocurrency mining.

Hochul approved the landmark law late Tuesday, five months after it passed the Legislature, brushing off objections from crypto lobbyists and Mayor Adams, a Bitcoin booster.

Hochul, a Buffalo Democrat, said the action marks a major step in New York’s climate efforts, and pledged to pair it with job-generating investments.

“I will ensure that New York continues to be the center of financial innovation, while also taking important steps to prioritize the protection of the environment,” the governor said in a memo authorizing the measure.

The law does not touch operations powered by the electric grid. The governor suggested it could spur crypto development in hydroelectric facilities.

Even before Hochul signed the measure, New York — which regulates virtual currency sales through its BitLicense system — was seen as one of the more challenging states to establish crypto businesses.

The Chamber of Digital Commerce, a crypto advocacy group, issued a statement saying it was “severly dissapointed” and that it expected the law to scare crypto companies away from coming to the state.

But environmentalists have long expressed alarm at the amount of energy required to produce cryptocurrencies like Bitcoin, the largest crypto cash, which is created by computers through complex math problems. (Other cryptocurrencies have smaller footprints.)

Earthjustice, a San Francisco-based legal group, estimated in a September report that Bitcoin mining in the U.S. in the previous year produced 27.4 million tons of carbon dioxide emissions, about equal to the annual emissions of 6 million passenger cars.

Liz Moran, New York policy advocate at Earthjustice, said in a Tuesday statement that the state’s law “should set the standard for every other state where crypto miners are coming in, extracting resources, and wreaking havoc.”

The measure comes at a turbulent time for the crypto industry. Bitcoin’s value slid sharply last spring and has fallen further this fall. FTX, a large crypto currency exchange, collapsed this month.

Adams, a Democrat who briefly turned his focus to celebrating Bitcoin in the weeks after he was elected mayor last year, has said he wants to put New York City on the forefront of crypto innovation.

He made a public show of converting his first three checks as mayor into Bitcoin and Ethereum, the second-largest cryptocurrency. In June, he told Crain’s that he intended to ask Hochul to veto the crypto mining legislation.

On Wednesday, the mayor’s office did not immediately respond to requests for comment on Hochul’s decision to sign the measure.

At a news conference on Tuesday, Adams brushed off the rocky recent straits for crypto, saying, “We need to move into this space — this space is coming if we like it or not.”

Hochul and Adams have had a publicly chummy relationship, and he campaigned with her during her closer-than-expected race this fall against Rep. Lee Zeldin of Long Island.

She did not take a position on the crypto bill during the campaign, perhaps wary of giving Zeldin an opening to present her as anti-business.

But with the race behind her, the governor authorized the measure as part of a flurry of 19 bills she enacted Tuesday.

“It is the first of its kind in the country,” Hochul said in her memo, “and a key step for New York as we work to address the global climate crisis.”