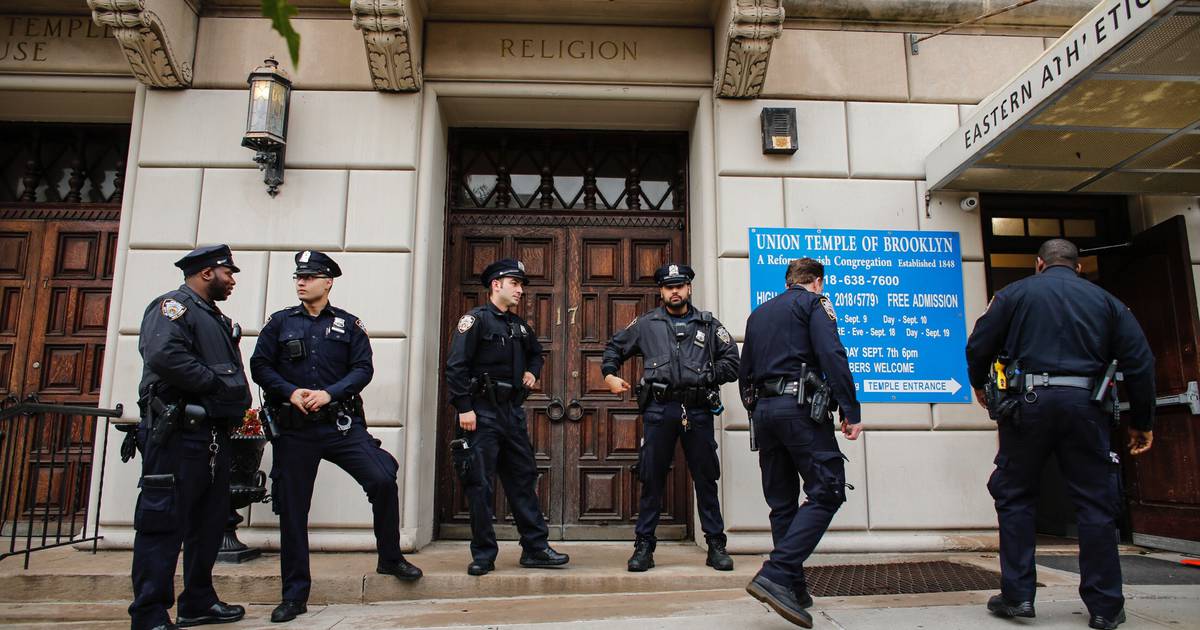 It’s been 84 years since the atrocities and persecution we call Kristallnacht took place in Germany on Nov. 9, 1938. Considered the start of the Holocaust, Nazi Party officials and Hitler Youth, disguised to look like mobs, ransacked and burned synagogues, Jewish-owned businesses, homes and schools, and sent 30,000 Jewish men to concentration camps.

The events that led to the senseless slaughter of six million Jews and millions of other innocents didn’t begin that “night of broken glass.” The hatred had been percolating for years, behind closed doors at first, then out in the open. A nation filled with anger, division, bias and misinformation chose either to participate in or look the other way from a heinous plan to annihilate an entire culture just because it dressed, spoke or prayed differently.

The Jews were easy scapegoats. Age-old hatred, combined with Germany’s economic challenges and shame from losing World War I distilled a potent fuel, allowing Hitler and his acolytes to reject democracy, human rights and common decency in furtherance of their own ambitions. Sadly, not unlike today, they found many willing to believe their lies, but few courageous enough to repudiate them publicly.

Most of the Nazis who perpetuated these atrocities are dead now. So, what do Jews and other religious or ethnic minorities have to fear in 2022? Plenty, if history and current events are reliable indicators. The worst mass killing of Jews in America occurred a mere four years ago, when a gunman murdered 11 worshippers while they prayed at the Tree of Life Synagogue in Pittsburgh. His social media postings supported the white genocide conspiracy theory being promoted by far-right hate groups, implying that white people were being replaced and becoming irrelevant.

This wasn’t an isolated instance of anti-Semitic violence. According to FBI data on hate crimes, Jews comprise more than half of all religion-based crime victims even though they represent only 2% of the American population.

Violence and hatred toward Jews often serve as a precursor for acts of malice and intolerance against other minorities. This past May, 10 Black Americans were slaughtered at a neighborhood supermarket in Buffalo by an avowed racist who chose this location in a predominantly Black neighborhood so that he could maximize his carnage. The shooter was motivated by white supremacist beliefs described in his online diary entries.

While these horrific acts justifiably garner headlines and condemnation, the less-heralded mainstreaming of anti-Semitic, racist, misogynist and xenophobic discourse also demands denunciation. Far-right extremists, religious nationalists and bigots increasingly are being elected to public office. They build on fear, resentment, and hardship to create an “us versus them” mentality that blames immigrants and ethnic and religious minorities for economic woes and other problems.

Celebrities, too, contribute to the normalization of antisemitism through social media posts and interviews. Most notably, the rapper Kanye West (Ye) recently went on a tirade of inflammatory and offensive claims, such as posting that he was ready to go “death con 9 (sic) 3 On JEWISH PEOPLE.” Nets basketball star Kyrie Irving posted his support for an anti-Semitic movie, and when asked to apologize or disavow anti-Semitism, he refused.

Finally, under enormous pressure and facing suspension, he issued a half-hearted excuse that, along with his offer of a $500,000 donation to the Anti-Defamation League, was turned down as disingenuous. When political leaders and celebrities spew anti-Semitic or racist vitriol without suffering real consequences, they empower extremists and bring their horrific views ever closer to mainstream tolerance. We must roundly, and repeatedly, condemn these views publicly whenever they surface. And we must do so in solidarity with like-minded allies to ensure a strong and vociferous condemnation.

Every college, university, school and religious organization should commemorate Kristallnacht as a reminder of how much we all stand to lose if we ignore the past.

At Sacred Heart University, where I serve as the university’s Jewish chaplain, our interfaith clergy help organize educational programs, multi-denominational observances and guest lectures. For the past decade, we have invited Holocaust survivors to speak at our chapel on Kristallnacht so students can hear their stories first-hand. This is especially important because Holocaust deniers continue to spread false information and try to erase or minimize what happened.

Without truth and the unburdened study of history we are doomed to repeat our mistakes. We should uniformly condemn anti-Semitic rhetoric and actions, just as we should repudiate racism, misogyny, bigotry, and xenophobia. We must counter these abhorrent statements and actions with education, community engagement and effective advocacy. And we should pray, together, that today’s students — the next generation of American workers, parents, and leaders — won’t fall victim to the ignorance, intolerance and injustice that surrounds them today.