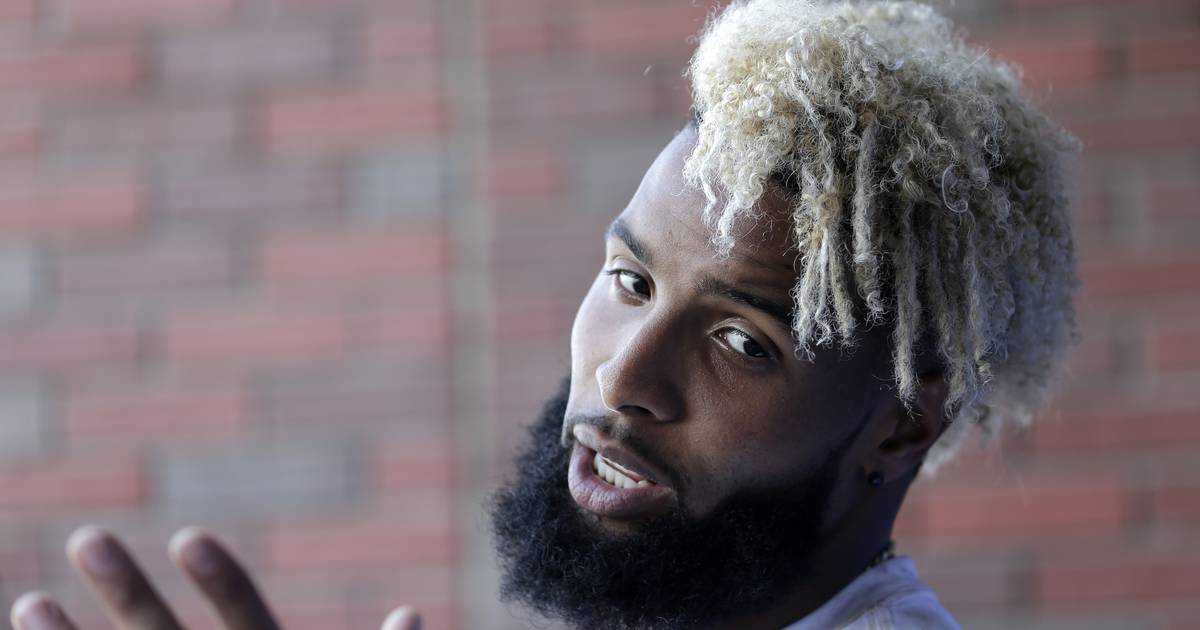 ARLINGTON — Dallas Cowboys owner Jerry Jones said he spoke with Odell Beckham Jr. on the phone on Thanksgiving Day as his team laid out the Giants, another OBJ suitor, 28-20.

“We had a good visit today,” Jones told local reporters. “Odell could help us. I believe that right now. Now we got to make it fit. That’s the challenge.”

Beckham did not attend Thursday’s game in person, but he intends to visit the Giants, Cowboys and Buffalo Bills in that order, according to CBS insider Josina Anderson. And he’s also having conversations with the Baltimore Ravens and Kansas City Chiefs.

Beckham’s Cowboys visit is scheduled for Dec. 5, according to FOX’s Jay Glazer, which means Beckham is likely to stop by the Giants’ facility sometime next week if his plans don’t change.

Bills pass rusher Von Miller, Beckham’s good friend, hurt his knee in Thursday’s win in Detroit. So it’s also something to monitor in the Beckham sweepstakes whether Miller’s initial diagnosis of a sprain is confirmed on Friday.

With the cap-strapped Giants losing three of their last four, the logical move by the team, Beckham or both could be to table their mutual interest in a reunion until 2023.

But stay tuned. With OBJ, anything is possible. And New York will always be home.

No. 5 overall pick Kayvon Thibodeaux was active Thursday. He had a game-high five QB hits on Dak Prescott, drew a holding penalty and generated pressure on 38.1% of his 21 pass rush snaps, per TruMedia.

“It was a day to show my growth and show how much work I’ve been putting in,” Thibodeaux said.

But Thibodeaux managed only one tackle and let Prescott escape on a sure sack at the start of the second half that led to a 5-yard scramble to kick start a Cowboys touchdown drive.

“It definitely eats you alive when you miss those plays that they give to you,” he said. “I gotta be able to break down and make the tackle … I still [have] a lot to go. Obviously I didn’t get there how I wanted to. Just gotta keep going.”

Thibodeaux limped off at one point in the second half but came back in the game.

Giants left tackle Andrew Thomas played sick. He entered and exited the stadium with a mask on. But he was disappointed in himself for allowing two sacks to Cowboys pass rusher Micah Parsons. “All throughout the game I felt like I didn’t play to the level I wanted to play at,” Thomas said.

Free safety Xavier McKinney (left hand), who remains inactive on the non-football injury list, was driven on a cart to the AT&T Stadium X-ray room pregame for a checkup on the progress of his injury. McKinney wasn’t wearing the hard plastic cover over his hand, just a large wrap. He had surgery for at least a couple broken fingers after an ATV accident in Cabo during the Week 9 bye.

The Giants led 13-7 at halftime but were outscored 21-7 in the second half … Corner Rodarius Williams and safety Julian Love both intercepted Prescott. It marked Williams’ first career NFL interception. The two picks also matched the Giants’ interception total through their first 10 games of the season. Love leads the team with two. Darnay Holmes made the pass breakup that led to Love’s pick … Giants kicker Graham Gano hit 57-yard and 47-yard field goals. He made the first for an early 3-0 lead after a fourth down stop of Ezekiel Elliott by ex-Cowboy Jaylon Smith at Dallas’ 40-yard line … Darius Slayton made a leaping 44-yard catch to set up Barkley’s early touchdown … Holmes was whistled for a killer holding penalty on 3rd and 7 against Ceedee Lamb on the opening drive of the third quarter. Holmes said the referee told him he was grabbing Lamb’s undershirt. It’s not clear how the official saw Holmes’ hand grabbing under Lamb’s jersey … Brian Daboll was livid at the referees for an illegal man downfield penalty on right tackle Tyre Phillips that negated a Daniel Jones first quarter TD pass to Isaiah Hodgins. Daboll was still ticked off about the play after the game. “You gotta ask the officials,” he growled … A defensive holding call on Trevon Diggs against Hodgins later canceled out a second quarter Jones interception to safety Donovan Wilson … Leonard Williams said he went to the locker room at one point because he strained his left calf. But he got it massaged, got an IV, and when he returned to the game, it wasn’t an issue … The Giants’ seven inactive players were starting outside corners Adoree Jackson (sprained right MCL) and Fabian Moreau (oblique), center Jon Feliciano (neck), right tackle Evan Neal (sprained MCL/illness), left guard Josh Ezeudu (neck), tight end Daniel Bellinger (eye) and guard Shane Lemieux (toe).