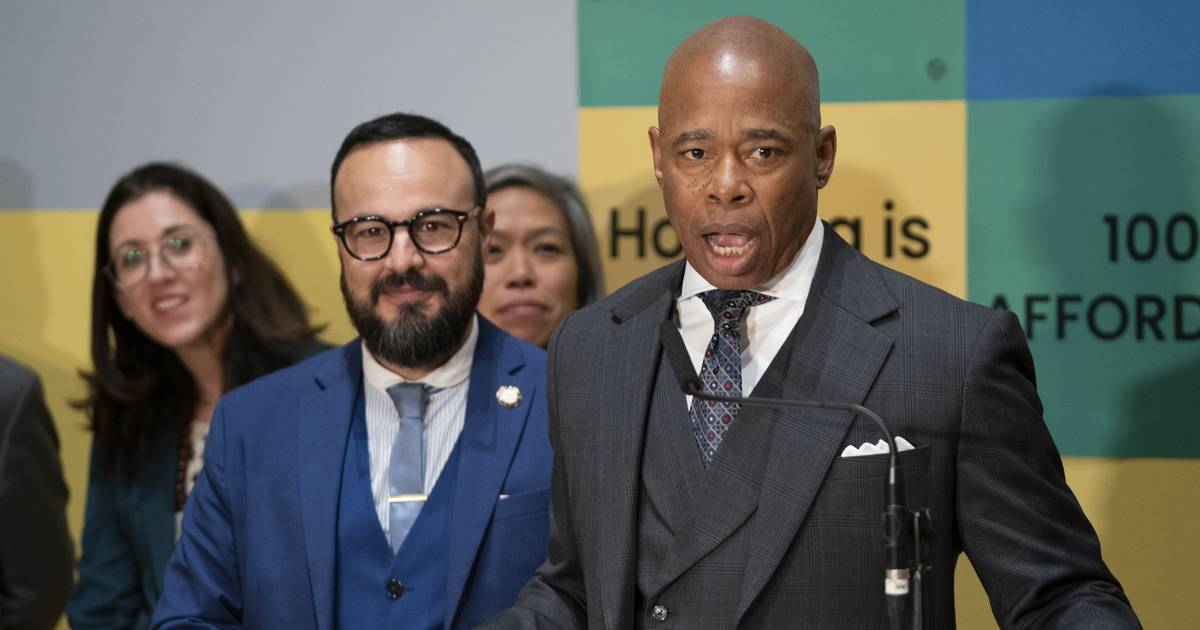 A $780 million soccer stadium deal in Queens greenlighted this week by Mayor Adams was a win for one of his top political advisers — who lobbied City Hall for months on behalf of the project’s developer, public records show.

Nathan Smith, a political strategist who served as a top aide on Adams’ 2021 mayoral campaign, inked a lobbying contract in July with City Football Group, the owner of the New York City Football Club and other soccer teams around the world, according to records from the City Clerk’s Office.

The purpose of the contract was for Smith to lobby the mayor’s team to develop a new “sports facility” for NYCFC to the tune of $10,000 per month. So far, Smith’s firm, Red Horse Strategies, has been paid $20,000, according to the records.

The new development is expected to result in not only a 25,000-seat soccer stadium slated to open in 2027, but also the creation of 2,500 affordable apartments, a new hotel and elementary school, as well as 16,000 new jobs. The stadium’s construction will be fully funded by NYCFC.

But other upgrades — including new water mains, sewers, catch basins and an environmental clean-up — will be paid for with taxpayer dollars. According to Deputy Mayor Maria Torres Springer, the total bill for that work will cost anywhere from $200 million to $300 million.

On Wednesday, Adams touted the development as “the biggest 100 percent affordable housing project in New York City since the 1970s” and dubbed himself “the finisher,” given that plans for a project on the site next to Citi Field in Queens began during former Mayor Michael Bloomberg’s administration.

“We have a once-in-a-generation opportunity to create a brand new neighborhood. I’m proud to share our vision here today,” Adams said to a packed room at the Queens Museum on Wednesday. “These 2,500 new homes will be a game changer and will be affordable to families making $40,000 a year or less. Amazing numbers.”

Smith’s firm, Red Horse, had been working quietly behind the scene for months to make the deal happen.

The main targets of his lobbying efforts are listed as City Hall chief of staff Frank Carone and his deputy, Menashe Shapiro, both of whom also worked on Adams’ 2021 campaign. During his Wednesday announcement, Adams gave a shout-out to Carone, who he credited with bringing “all of these pieces together” and being “an anchor” to his administration. He did not mention Smith or Red Horse.

Smith did not return messages.

Although Smith’s work for Adams ended with the mayor’s election, in December 2021, he and Carone helped lead the charge to install Councilman Francisco Moya as Speaker of the City Council, a messy effort that ultimately ended in failure. Moya’s Council district covers the project site, and he’s been instrumental in advocating for the project. He will also likely be an important ally to Adams when the project begins moving through the city’s land-use approval process.

Moya, a big soccer fan, has been trying to bring the team to Queens for years, and also pushed for the housing included in the project to be 100% affordable.

“This is a model that puts housing first,” he said. “It’s a project that will create opportunities to fuel our local economy, and it will create a pipeline for local hires and support our brothers and sisters in labor.”

The stadium is expected to cost $780 million to build, and the tab for the development will be covered in its entirety by the City Football Group, whose majority owner is the United Arab Emirates government’s investment arm. While no taxpayer funds will be used on that part of the development, the City Football Group won’t have to pay real estate taxes on the project under the agreement.

Torres Springer predicted that over the course of the next three decades, the project will pump $6 billion into the city’s economy. Of the nearly 16,000 jobs the city expects to create, 1,550 will be permanent and 14,200 will be union construction jobs.

Construction on the housing is set to begin in 2023, according to city officials who said Wednesday that it will include 220 homes for low-income seniors.

Left unanswered, though, is the question of how the project might impact efforts to bring a casino to the area that’s now set to serve as the new home to NYCFC, which currently plays in Yankee Stadium.

Under the deal, the city, which owns the land where the project will be built, will lease it out to NYCFC and the Queens Development Group, which is comprised of the Related Companies and Sterling Equities, a development company co-owned by the Wilpon family, the previous owners of the Mets.

Steve Cohen, a hedge fund manager and the current Mets owner, is vying to bring a casino to the area by obtaining one of three state casino licenses that have not yet been doled out.

When asked about that, Adams punted, saying the conversation around casinos is a “state issue.”

“I don’t have the powers to determine the siting of that,” he said. “The state can answer that question.”

Oliver Martin - 5 December 2022 0
In a new dawn for the Table Tennis Federation of India (TTFI), a fresh set of faces are set to take charge of the...