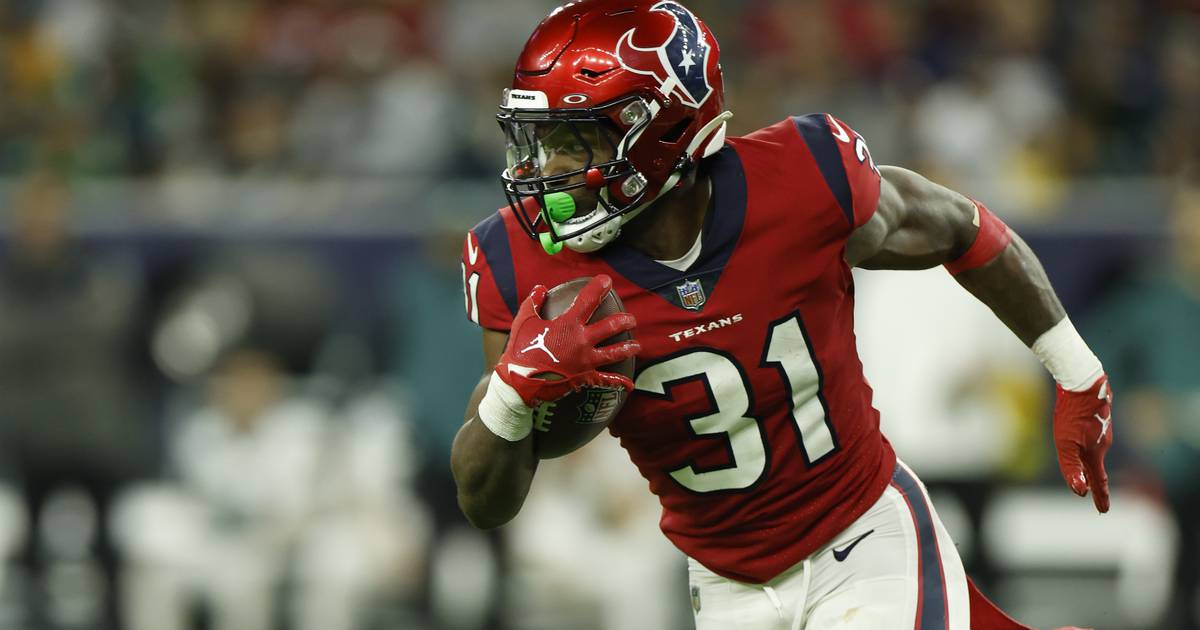 HANK’S HONEYS: The temptation is to jump on the Giants’ bandwagon against one of the NFL’s worst teams, especially since they have a huge advantage pitting Saquon Barkley against a bottom-ranked run defense that is allowing 5.5 ypc and 180.6 ypg. But not so fast. The Giants are only 1-1 ATS as favorites this year and both of those spreads were three points. Their only win by more than six points came against the Bears, 20-12. The Texans have actually been profitable against the number with a 4-3-1 ATS record in all games and a 2-1-1 ATS record on the road. The Giants have had issues against the run as well and Texans rookie Dameon Pierce can eat up yards. Giants should win but we don’t feel comfortable spotting close to a TD.

IF I WERE A BETTING MAN: Texans and the over.

HANK’S HONEYS: The Chiefs are coming off a string of big games with the rival Chargers on deck, making the Jaguars an easy team to overlook this week. The Jags may not have Derrick Henry but their running game can keep them in this one. They are also big and physical up front on defense, also similar to the Titans and they’ll make Patrick Mahomes work for everything he gets. Last week’s comeback win over the Raiders bucked their trend of finding ways to lose. But they don’t have to win here. They just have to stay in the game. They’ve done that all year.

IF I WERE A BETTING MAN: Jaguars and the under.

HANK’S HONEYS: The over is screaming with both teams allowing 24.9 points per game. The Browns look over-matched against Miami’s passing game while the Dolphins will struggle to stop the Browns’ running attack. As for the line, Cleveland, which was so snake-bitten early, may have turned a corner against the Bengals in their last game and will have extra time to prepare. There’s also a little too much enthusiasm for Tua Tagovailoa and a team that barely got past the Lions and the Bears in their last two games. The Browns can control TOP and in what shapes up as a one-score game, we’ll grab the hook.

IF I WERE A BETTING MAN: Browns and the over.

HANK’S HONEYS: Mike Tomlin should have the Steelers very well prepared coming out of their bye against the underwhelming, beat-up Saints. Pittsburgh struggled through the league’s toughest schedule over the first half of the season and the Saints constitute a relative breather. T.J. Watt returns this week along with safety Damontae Kazee as CB William Jackson III makes his Steelers debut. Tomlin should be able to lean on that defense against the mistake-prone and very familiar foe Andy Dalton. Kenny Pickett should be better with the extra week to prepare.

IF I WERE A BETTING MAN: Steelers and the under.

HANK’S HONEYS: Nine weeks is more than enough for the jury to reach a verdict on Aaron Rodgers and the Packers. Lacking a deep threat, the offense is totally out of synch and not likely to find its footing against a very good Dallas defense, especially if Aaron Jones and Romeo Doubs can’t go. Green Bay’s defense would have been a complementary component to a solid attack but it’s been exposed as a mediocre unit, especially against the run. The Boys should control the line of scrimmage and if the Green Bay secondary continues to experience coverage breakdowns, Dak Prescott will have a field day.

IF I WERE A BETTING MAN: Cowboys and the over.

HANK’S HONEYS: It’s strength against weakness as the well-rested Niners, reinforced by the addition of Christian McCaffrey and the return of Deebo Samuel, take aim at a rubbery Chargers run defense that just lost impressive DT Austin Johnson. The Chargers would love to turn this into a shootout with Justin Herbert outdueling Jimmy G but that will be made more difficult without Mike Williams and quite possibly Keenan Allen. The Bolts turned to Austin Ekeler to get things done against the Falcons but the swarming 49er defense can contain him. The Chargers have had a habit of falling behind by double digits. They cannot do that here.

IF I WERE A BETTING MAN: 49ers and the under.

HANK’S HONEYS: It’s essentially over for the loser, which makes this a big one, and the Rams are a lot more battle-tested. Kyler Murray was awful against the Rams in last year’s playoff meeting and while the Rams are nowhere near their Super Bowl form, their defense should be able to control this one, just as it did in the first meeting this season when Arizona had no answers for Aaron Donald. L.A.’s offensive woes continue but with the Cards allowing over 30 points in three straight weeks, this is a get-right game.

IF I WERE A BETTING MAN: Rams and the under.

HANK’S HONEYS: Teams often play over their heads after a coaching change but we don’t know about this one. Jeff Saturday, a bizarre hire, inherits a mess that was nothing like the Colts’ teams he once starred for at center. He’s an absolute novice as a head coach as is the guy calling plays, assistant QB coach Parks Frazier. With Jonathan Taylor still out, Sam Ehlinger is going to have to step up big time against a good front and we just don’t see that happening. The Raiders should be better, especially with the talent they have on offense, and with the possession time they should enjoy, they can wear down the Indy D. It’s not often you’d bet on a 2-6 team giving this many points but this is an exception.

IF I WERE A BETTING MAN: Raiders and the under.

HANK’S HONEYS: Double-digit spreads have been problematic for favorites (see last Thursday night’s Eagles-Texans game). And as impressive as the Eagles have been in running the table SU, divisional games are usually hard-fought with few blowouts. The Commanders have been stepping up on defense and could add Chase Young to the pass rush mix this week. They pressured Kirk Cousins 11 times last week and sacked him three times while the Eagles were allowing four sacks to the Texans. Certainly, the Eagles rate the edge in several other departments (Washington has allowed the third-most TD passes in the NFL, for instance). But with a target on their backs, each week is going to get tougher for the Birds.

IF I WERE A BETTING MAN: Commanders and the over.

HANK’S HONEYS: The Lions come off what will probably be their biggest win of the season against the Packers and that sets them up for a letdown against the surging Bears offense. Detroit has had problems stopping the run and has to deal with both Chicago’s power running game and the dual threat of a more confident Justin Fields. The Lions are just 1-6-1 SU in their last eight trips to Soldier Field.

IF I WERE A BETTING MAN: Bears and the under.

HANK’S HONEYS: The Josh Allen injury casts a big shadow over the matchup between two of the top teams in the NFL and unfortunately, we won’t know that until game day. It’s simple. If he plays, take the Bills. If it’s Case Keenum, take the Vikings and the points because, even if the Bills win, they won’t cover. Minnesota may be 7-1 but it’s a precarious 7-1 and if Allen was healthy, it would be easy to pick Buffalo in a big bounceback spot. But the entire Bills offense revolves around their do-everything QB. They’ll have to change too much around if he misses the game.

CAN’T HELP YOURSELF? Vikings and the under.

IF I WERE A BETTING MAN: Bucs and the under.

IF I WERE A BETTING MAN: Titans and the under.