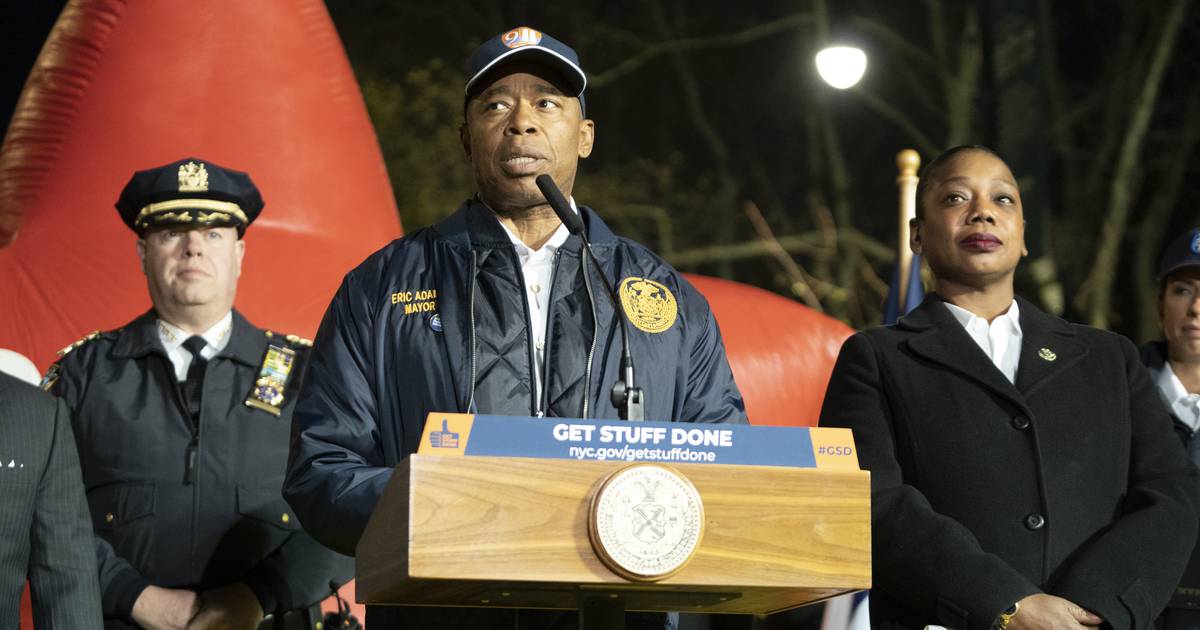 Along with Baby Yoda, SpongeBob SquarePants and Smokey the Bear balloons, revelers can expect to see an increased police presence along the route of the 96th Macy’s Thanksgiving Day Parade on Thursday.

“In light of recent events, specifically the shooting in the nightclub in Colorado Springs and the arrest of two individuals for posting threatening statements online to Jewish targets, the counterterrorism bureau will deploy additional resources to ensure that festivities across the city are safe for all,” Assistant Chief Martine Materasso, who heads the NYPD’s Counterterrorism Bureau, said at an Upper West Side press conference.

The moves comes from an abundance of caution, as authorities have picked up no “credible or specific threats” to the parade or related events, according to Police Commissioner Keechant Sewell.

The counterterrorism bureau will deploy its “full cadre” of assets, and additional cameras have been installed along the parade route, according to Materasso. Officials declined to provide a specific number of officers who will be on duty.

“Please remember: If you see something, say something,” Materasso said.

A recent string of shocking gun massacres has raised tensions throughout the country this holiday season.

On Tuesday night, a Walmart manager killed six people before fatally shooting himself in Virginia. Over the weekend, a shooter killed five people at a LGBTQ nightclubs in Colorado Springs, Colo.

Still, an estimated 56 million tourists will visit the Big Apple this holiday season, according to Mayor Adams.

“We’re looking forward to the joy that’s going to be celebrated,” Hizzoner said.

Thursday’s three-hour parade will kick off at 9 a.m. on W. 77th St. and Central Park West and end in front of Macy’s Herald Square on W. 34th St. near Seventh Ave. Santa Claus himself will close out the festivities.

About 3 million people will crowd the streets to get a glimpse of the parade and celebrities including Mariah Carey, Dionne Warwick, Gloria Estefan and Jimmy Fallon and the Roots.

Parade attendees can expect a sunny day Thursday with highs near 52 degrees and calm winds, the National Weather Service forecast.

“We know that all throughout the holiday season, millions of people will be coming to New York City,” Sewell said. “We want them to know that the greatest police department in the world is supporting them.”