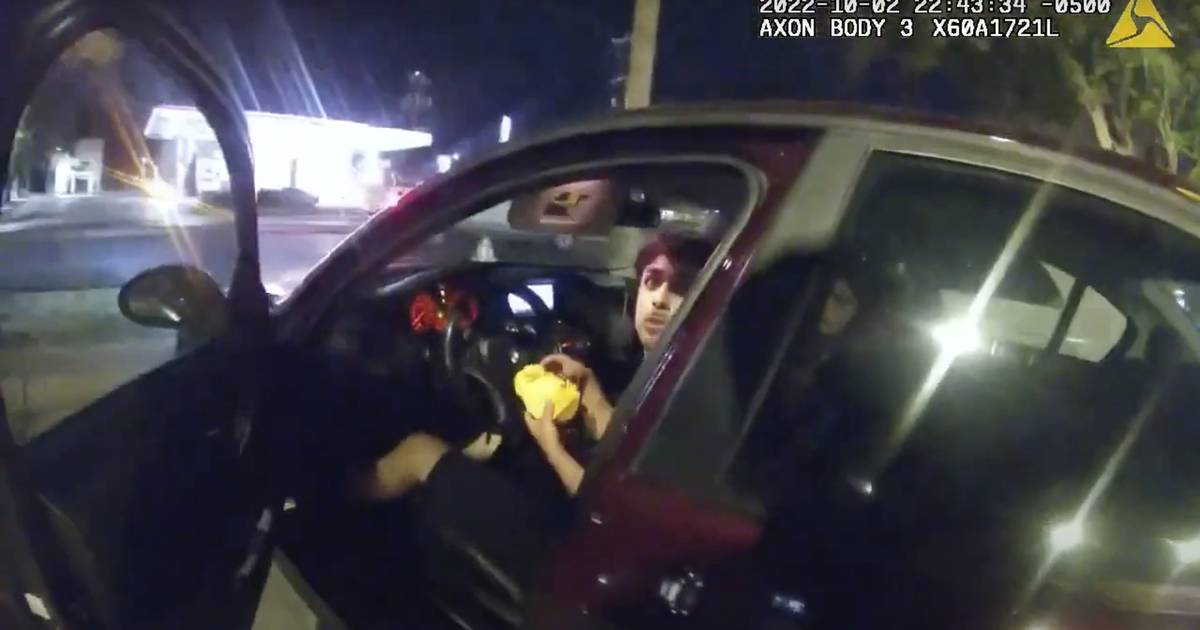 The Texas teenager shot by a since-fired police officer in a McDonald’s parking lot last month has been released from the hospital, his family announced Wednesday.

Erik Cantu, 17, was shot in San Antonio on Oct. 2 by ex-officer James Brennand, who is charged with two counts of aggravated assault.

“Our family’s prayers have been answered, and we are incredibly grateful that our son Erik is home with us,” his parents said in a statement shared by attorney Ben Crump.

“Erik still has a long road to recovery ahead of him but we are overjoyed at his progress in the past two weeks,” the parents said. “It means the world to us that we can spend Thanksgiving as a family outside of the hospital walls, where we have lived since Erik was horribly injured.”

The shooting occurred while Brennand was in the area for an unrelated disturbance and spotted a car he thought tried to flee an attempted stop a night earlier, according to the San Antonio Police Department.

“The Officer abruptly opened the driver’s door and ordered the driver out of the car,” police said last month.

Erik suffered “multiple gunshot wounds,” police said, while a passenger was unharmed. The teen’s family has called for Brennand to be charged with attempted murder.