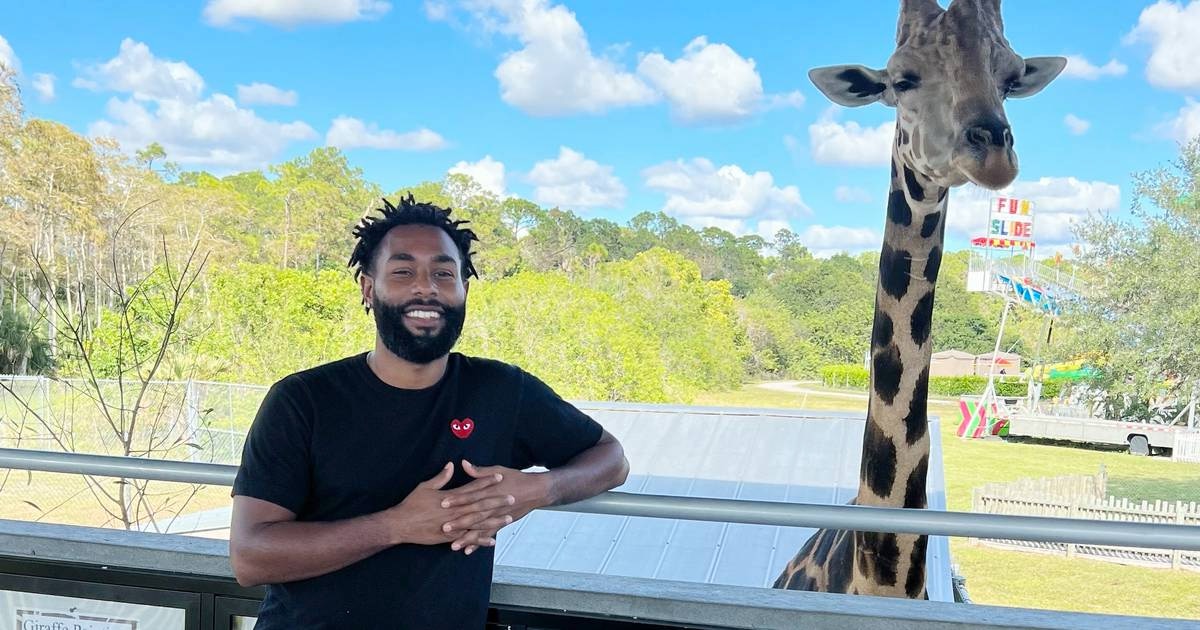 For all the hours Carey Thame, an intensive care unit nurse, spent on the front lines of New York’s COVID-19 battle, this was the thanks he got: He was shot in the stomach after a fracas at a Brooklyn park, and ended up, of all places, in the ICU.

“I didn’t expect any of that to happen, the fact that I sat there with a tube in my mouth, after what I have been doing for the last few years,” Thame said. “There’s no feeling like it, being in that situation.”

Still, after what seemed like punishment for a thankless ordeal, Thame, 29, is approaching Thanksgiving with nothing but gratitude, feeling better, and thankful to be alive.

Thame, who lives in Orlando and grew up in Queens, was taking an evening walk with friends on Aug. 30 when they were accosted in Brooklyn Bridge Park after approaching a couple of women.

“Two guys came up behind me and my friend,” Thame recalled. “They asked me a question that was rhetorical to get me to turn around. They said ‘Are you good?’ I said ‘Yeah, I’m straight and I kept walking’.”

Thame said one of the men punched him in the face, but he didn’t go down. A friend ran back and helped Thame defend himself, and that’s when a knife came out.

“The other guy pulled out a gun, a little pistol, and just fired. As soon as the shot went off they ran,” Thame said.

The two women took off with the men and they all jumped into a cab together. One of the women dropped her cell phone, Thame said police have the phone.

An NYPD spokesperson said there had been no arrests and the investigation was ongoing.

The bullet that struck Thame passed through his arm, and landed in his abdomen. Luckily, one of the friends he was with also has medical training, and was able to control the bleeding until first responders arrived.

“Because it [the bullet] went through my arm first it slowed it down,” Thame said. “When it did pierce my abdomen, it didn’t hit any arteries or veins, no major organs.”

A surgeon at NewYork-Presbyterian Brooklyn Methodist Hospital told Thame how lucky he was to have survived the shooting.

“He’s seen a lot of gunshot wounds,” Thame said. “He told me I was one of the blessed ones or the lucky ones because of where I got hit. I’ve seen a lot of these as well. I could have easily been shot in my back and be paralyzed right now. I could basically have a bag coming out of my stomach.”

“New York is home so for me it was coming home,” Thane said.

Since the shooting, Thane has been out of work, but is hoping to return to the bedside soon, treating patients instead of being one.