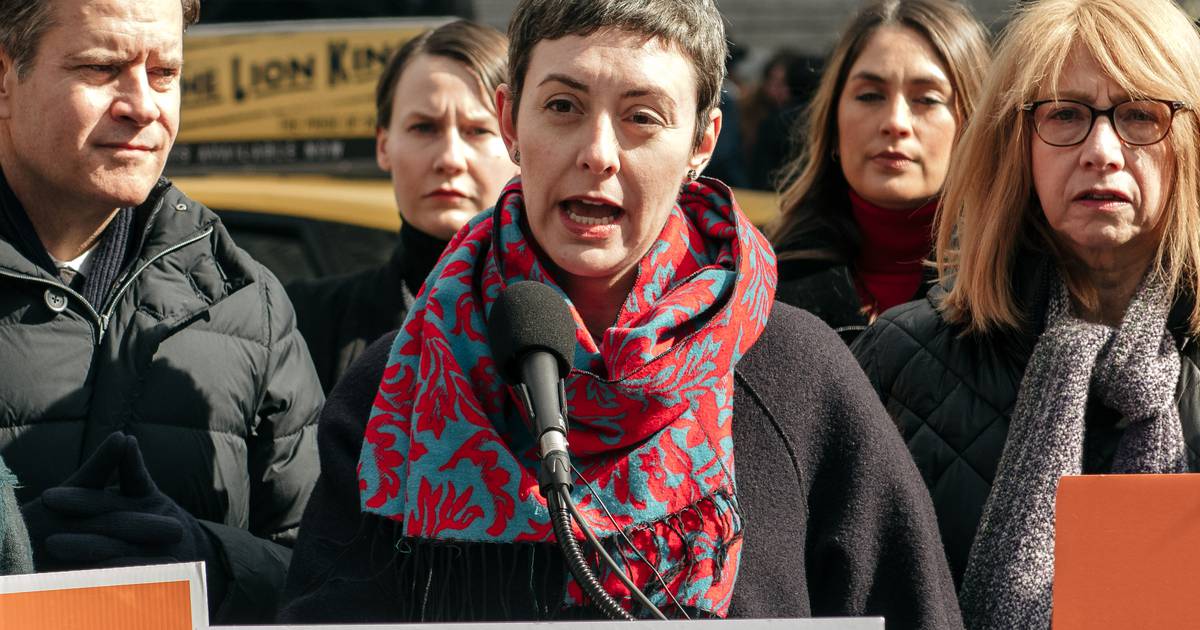 A deluge of sexual assault lawsuits are expected to be filed in New York when the Adult Survivors Act goes into effect on Thursday.

For one year, starting at midnight on Thanksgiving, any adult who has been sexually assaulted in New York can sue their alleged attacker regardless of how long ago the act took place.

The legislation, which Gov. Hochul signed into law in May, aims to give victims who were previously too traumatized to come forward — or lacked a support structure and didn’t know how to advocate for themselves — their day in court.

Alison Turkos, a survivors’ rights advocate, said the law is about giving victims a chance to hold their abusers and those who enable them accountable. She said it opens the door to the civil courts, which is vital for people seeking justice through the legal system.

“They now have an opportunity to say, no matter if this happened one year ago, 20 years ago, ‘I’m seeking justice,’” she told the Daily News. “They are taking control and power back, and they are also able to tell not only themselves but also the community at large, ‘This is what happened to me, and what happened to me matters.’”

Turkos is suing Lyft and the NYPD in connection to being gang-raped by her ride-share driver and two other men in 2017.

The ASA applies to anyone who believes they were a victim of rape, sexual assault and other sex crimes, including incest when they were over 18. It waives a requirement that people must file a 90-day notice of claim if they plan to sue a public institution.

A coalition of sex assault survivors who fought for the bill’s passage are trying to get the word out, and even have a Public Service Announcement running in Times Square. Among the messages they want to send is that people can bring the lawsuits anonymously as Jane or John Does.

The city’s law firms are ready to go.

Crumiller said her firm has an arsenal of clients ready to file but predicted there would be a slow roll of ASA suits as people learn about the legislation. As crunch time approaches, she said many of her firm’s clients were in mad dashes to settle.

“For our clients, it has been a sea change in their outlook on life. We have clients who just thought their abusers had gotten away forever with their conduct. They are able to now say, ‘I have an opportunity to hold this person accountable and pursue justice.’ It’s no exaggeration to say this is life changing,” Crumiller said.

“My hope is that as more and more of these lawsuits are filed, more and more survivors will be able to set aside the weight of that shame they’ve been carrying all of these years and go through what really is a surprisingly empowering process,” she said.

The law closely mirrors the Child Victims Act, which resulted in over 10,000 civil claims in the two years since it went in effect in 2019. The one-year lookback period for that legislation was extended due to the COVID-19 pandemic. Thousands of child victims cases were brought against Catholic clergy members and major educational and medical institutions. It bankrupted the Boy Scouts of America.

One person sure to be sued under the ASA is former President Donald Trump. E. Jean Carroll, who has accused him of raping her in the 1990s, announced in September that she plans to sue him under the legislation.

Marissa Hoechstetter, who played a significant role lobbying state lawmakers to pass the bill, said it was about giving victims a voice and choice about how they heal. Hoechstetter was abused by disgraced ex-Columbia gynecologist Robert Hadden.

“Whether or not a survivor exercises their right to pursue civil justice under this law is completely up to them. Nonetheless, we’re putting the power back in the hands of survivors,” Hoechstetter said in a statement. “That’s what matters. That’s the message this sends to those individuals and institutions who perpetuate a culture of sexual violence.”

Garrett Wilson on Jets offensive outburst: ‘We know what we are capable of’ – NewsUnfolded