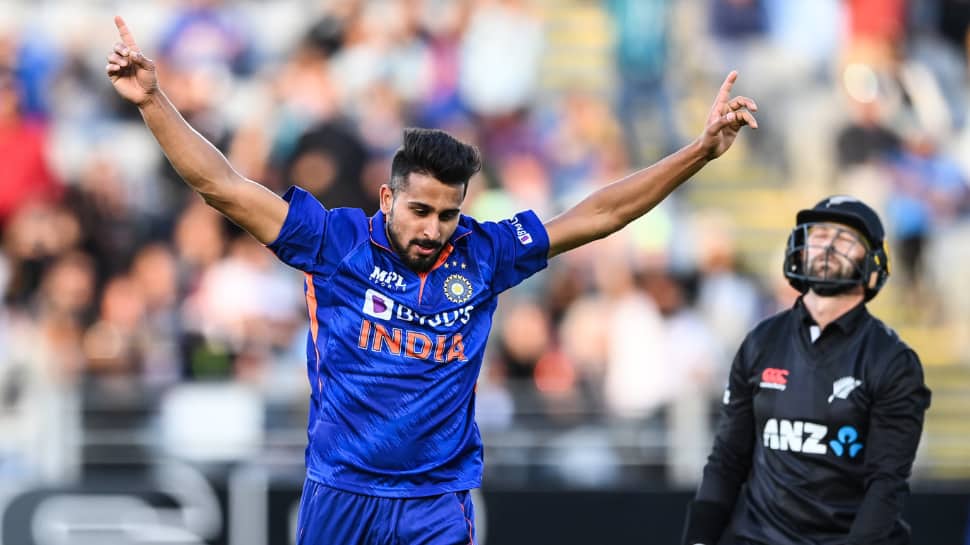 Team India pacer Umran Malik made his debut in the first ODI vs New Zealand at Aucland on Friday (November 25). He shone right at the start, picking up two wickets in just his first spell. He dismissed Devon Conway with a peach before he got rid of Daryl Mitchell as well. Those two wickets brought India back in the game even if later Kane Williamon and Tom Lathan then put on a solid stand for the fourth wicket. Malik bowled consistently at a pace over 145 kph and touched 150 kph mark on occasions.

Sunrisers Hyderabad, the IPL team for which he plays in the league, had tweeted when Malik was announced as a debutant. They tweeted: “160 km/h delivery coming.” That was enough to get fans exciting about this rare pace bowling talent in Indian team. Malik belongs to J&K and has made rapid strides in domestic cricket and IPL to be fast tracked into the Indian team. Malik has played 3 T20Is so far, in Ireland where he picked two wickets. He was part of the T20I squad in New Zealand too but he did not get a game. However, Shikhar Dhawan played him in the 1st ODI itself, giving debuts to both him and Punjab-born pacer Arshdeep Singh.

Take a look at SRH’s tweet on Umran Malik below:

The fastest delivery that has ever been bowled in international cricket is 161 kph by Shoaib Akhtar vs New Zealand. The fastest delivery that Umran has bowled in all cricket is 157 kph which was bowled in IPL 2022 vs Delhi Capitals. Umran is young and very raw. He will only get stronger from here and hopefully with better coaching and mentorship will be able to carry on bowling fast all his career, winning games for India.