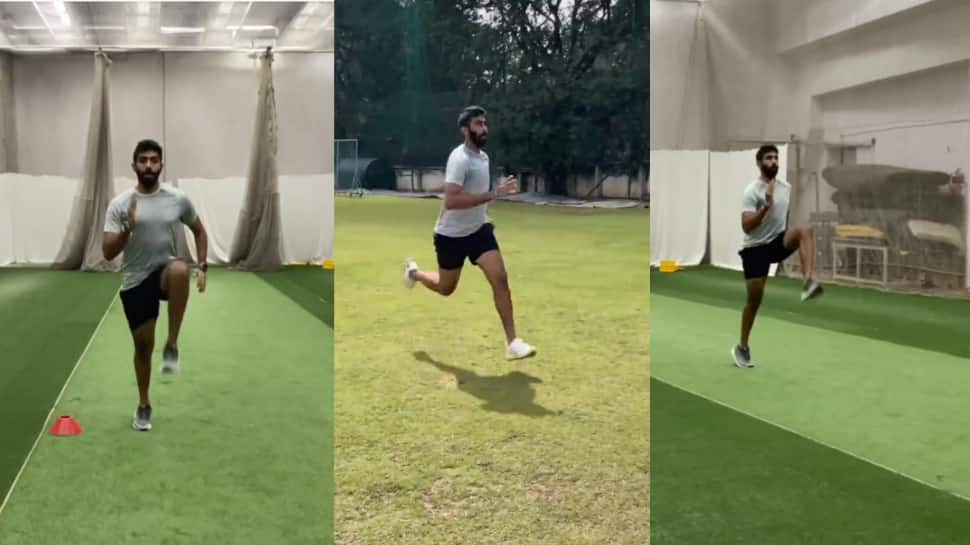 India faced a massive loss in the first ODI vs New Zealand on Friday (November 25) at Eden Park in Auckland. Courtesy the defeat, India are now trailing 0-1 in the 3-match series. Indian bowlers struggled hard to stop the Black Caps duo of Tom Latham and Kane Williamson, whose century and half-century took New Zealand to a thumping seven-wicket win over Indians. India badly missed their ace pacer Jasprit Bumrah, who posted a comeback video straight after the loss. In that video, Bumrah can be seen training hard as he prepares to make a comeback from injury.

Also Read | ‘This is the Lord we know’, Shardul Thakur brutally trolled after leaking 25 runs in 1 over, check here

Check out Jasprit Bumrah’s video below:

Never easy, but always worth it _ pic.twitter.com/aJhz7jCsxQ

Not to forget, Bumrah missed the Asia Cup in August and then the Men’s T20 World Cup 2022 in Australia due to fitness issues. He had been trying to recover as soon as possible. He will return by next year only now as the speedster does not feature in the squads in New Zealand or the ones selected for the Bangladesh Test matches and ODIs. The pacer was very upset after he was ruled out of the T20 World Cup. He is among India’s rarest players who play all three formats and his absence really hurt the Indian team in the World Cup.

India have a packed calendar in 2023 and the team management will have to ensure that Bumrah’s work load is managed well. When he is not there, the onus really falls on the likes of Mohammed Shami, Bhuvneshwar Kumar and Arshdeep Singh. They are good bowlers but still not in the same league as Bumrah. What Bumrah does with both new and old ball is something extra-ordinary and that is why it is difficult for the batters to cope with him. Bumrah’s comeback is hugely awaited among the India fans and it will be interesting to know whe he bounces back.