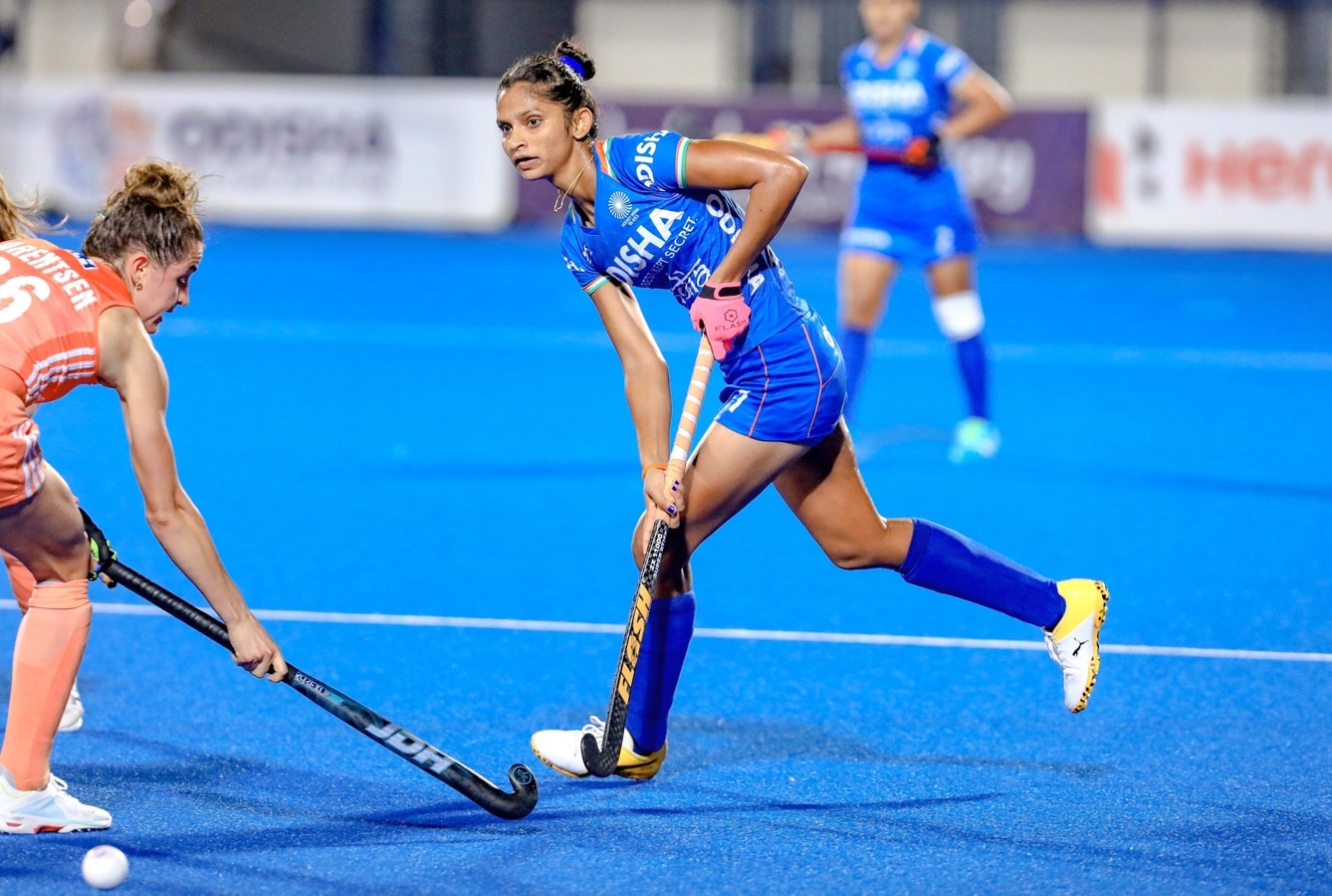 Navjot Kaur was extremely eager to make it to the Commonwealth Games this time around. Having failed to win a medal in the last two editions despite coming close, the midfielder was aiming to make amends at Birmingham 2022.

Having played her 200th international for India just a couple of weeks earlier – that too at the World Cup – provided the 27-year-old that impetus and confidence ahead of the quadrennial Games.

But a day prior to leaving for Birmingham, from Nottingham where the team was training, Navjot tested positive for Covid-19. “To say that I was sad would be an understatement. It was a shocking piece of news for me. I haven’t missed any major tournament ever before so I was dealing with this situation for the first time,” says Navjot, who is employed with the Railways.

While the Indian team made its way to the Games Village, Navjot, who was more or less asymptomatic, was taken to a hotel in Birmingham allotted for athletes testing positive. For the next week or so, Navjot woke up every morning, hoping that her daily test result would return negative. But to no avail. “Every day I thought of leaving and joining the team but it was a positive test every single time. I was finished, both mentally and physically. After 9-10 days, the coaches had to take a decision,” added Navjot, who has scored 18 goals for India.

As a result, Sonika Tandi was announced as the replacement for Navjot, who had to return home. A heartbroken Navjot watched India’s campaign on TV at her home in Kurukshetra. While she was happy that her colleagues returned with a bronze – India’s first medal at CWG since 2006 – she was disheartened that she could not be a part of the effort. India beat New Zealand in a shootout to claim the final spot on the podium.

“Of course, the feeling was there when the shootouts were happening. When (goalkeeper) Savita (Punia) di saved the final New Zealand attempt and everybody started crying, tears started rolling down my cheeks too. We needed that win. We had worked a lot on it for a long time. We got the medal but I could not be a part of it. But in the end, I was very happy with the performance of my team,” says Navjot.

Being ill and staying away from the team meant a drop in fitness levels. After recovering, Navjot hit the gym on a daily basis and tried regaining match fitness with the idea of making a comeback to the national team fuelling her drive. “I worked a lot on my physical fitness. When you’re away from training for a whole month it becomes very difficult to reach the same level of fitness. It was very difficult despite me continuing to work out at home. To reach that level of fitness takes a lot of time,” said Navjot, who made her India debut in 2012.

After being out of action for close to two months, the two-time Olympian returned to the domestic fold, guiding Punjab to the final of the National Games at Rajkot in October where they lost to Haryana. The Kurukshetra-born made full use of her time at the domestic event to augment her fitness levels. “That helped me play entire matches during the National Games,” she says.

Having displayed form and fitness, India chief coach Janneke Schopman – who was observing Navjot along with other talents at the National Games – brought her back to the national camp in the last week of October. Navjot eventually made the cut for the 20-member India squad for the inaugural Nations Cup, due to be held in Valencia from December 11-17.

The Nations Cup is a new eight-team tournament where the winning team will be promoted to the elite Pro League for the next season while the lowest-ranking team in the nine-team Pro League will be relegated to the Nations Cup. India took part in the 2021-22 Pro League, finishing a creditable third. They had qualified only after Australia and New Zealand pulled out due to Covid-19 travel restrictions.

In Valencia, world No 8 India have been grouped with No 11 Japan, No 14 Chile and No 20 South Africa with the top two teams qualifying for the semi-finals. “Our target will be to go match-by-match and win the tournament. It was a big experience to play against the top teams of the world in Pro League. We will try to win this tournament too,” concluded Navjot, who like her idol Australian Jamie Dwyer also wears the easily recognisable No 1 jersey.