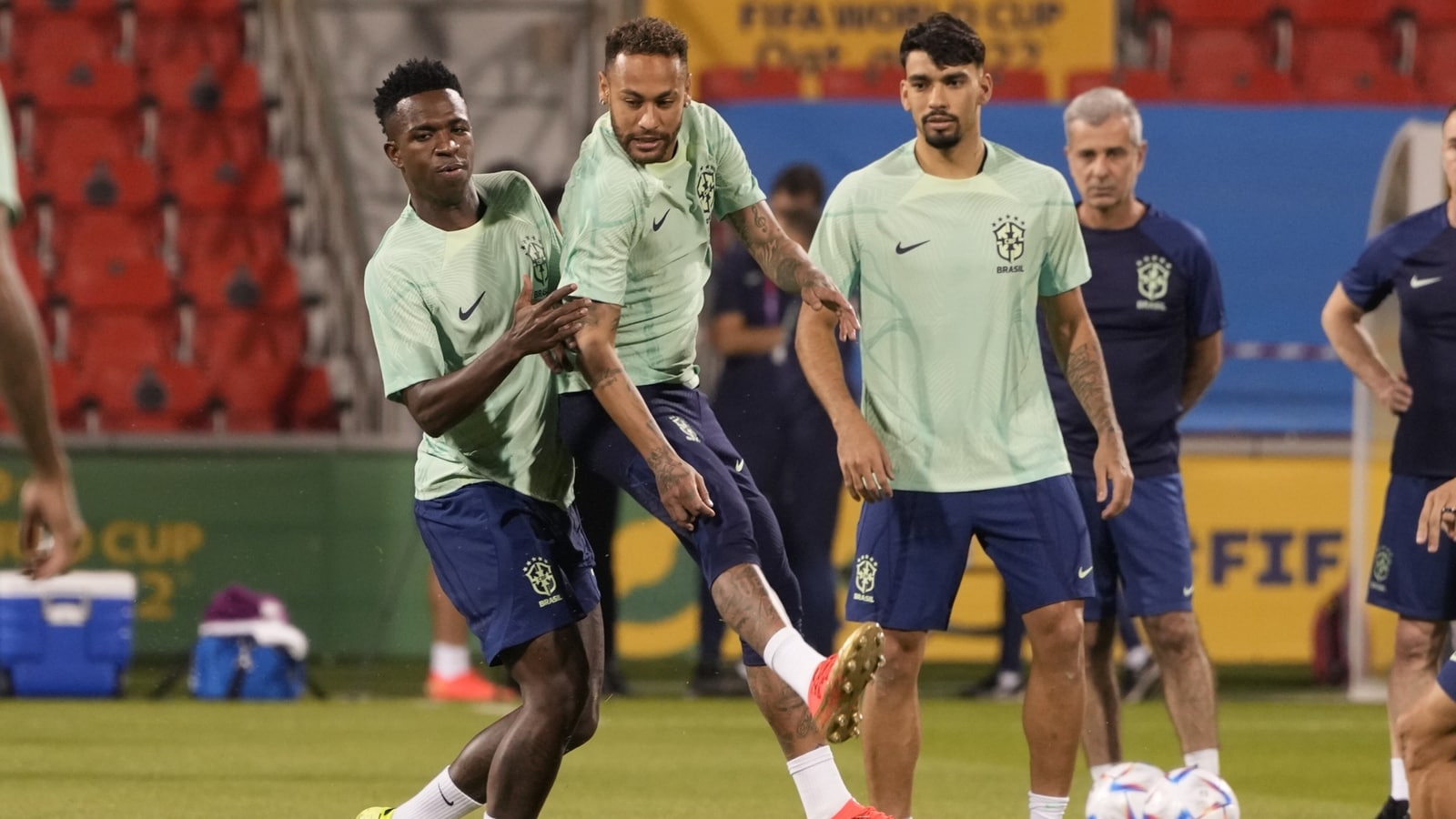 Four days into the World Cup that has seen Asians overtrump teams with multiple World Cup titles and Tunisia and Morocco steal points from more favoured teams, Brazil are ready to enter the fray. That meant former World Cup winners in the press conference room at the main media centre here and a shift in the language of football.

Head coach Tite was never that for Roque Junior and his colleagues in the Brazilian media, he was Professor. Even the FIFA media officer running Wednesday’s press conference called Tite that. The coaching staff was always the “technical commission”, footballers “athletes”, the squad “selection” and questions and answers tended to meld the philosophical with the prosaic. Unlike coaches and captains of other teams whose usual response would be to take it one match at a time, everyone sought detailed answers on whether Brazil are ready.

Not for Serbia on Thursday but for a sixth World Cup title.

Serbia was mentioned once by head coach Tite. “They are very strong team but we have to use our skills and not let them use theirs, especially their offensive quality,” he said of the side that has Dusan Vlahovic and Aleksandar Mitrovic.

Thiago Silva couldn’t get beyond the third question when he was asked what the people back home could expect. The questioner didn’t mention the trophy or Brazil’s 20-year wait for Silva understood what was not said. “What we can tell the crowd at home is that we truly believe in ourselves and we ask them to believe in us,” said the 38-year-old central defender.

“The final is far off but they can dream on,” he said. Pressure? What pressure? Not if the central defender can like Diego Maradona refer to himself in the third person and say that this is the “best version of Thiago Silva.” One that is calmer and better prepared.

“Are you ready to hug the cup?” was the fifth question. “The fact that in 2002 we won in Asia is great inspiration for us. There are images of all the World Cups we have won and they are a source of motivation to make history. I was speaking to Roque (Junior) and he told me how it was back then. It makes me more motivated,” said Silva.

Junior is a member of the 2002 World Cup winning squad and in an elite quartet that has won the Champions League and Copa Libertadores too (Ronaldinho, Cafu and Dida are the others). The former defender is here as a journalist. Also in the press room was former international Walter Casagrande Jr.

Tite evaded repeated probing on the possible line-up for the opener but couldn’t avoid being asked about being favourites. One question was also on the chances of ending a 20-year wait. To the first, he stressed on the importance of not letting the occasion get to him and the team. Being caught up in the swirl of a World Cup can be a “normal human condition” but it is to be avoided, he said.

“As I was telling Casagrande and Roque, dealing with the emotional aspect is very important. This is the biggest cup, the biggest athletes take part here, the visibility is huge but in all this you need to act naturally. What is of essence is to be yourself.”

It was a point Silva also made earlier while answering how ready some of the young players in the selection were. “We have a good blend of young and experienced players and young ones such as Vini (Vinicius Jr) and Rodrygo are used to playing and delivering under pressure in Europe. Sometimes, the most difficult thing is to keep it simple.”

To the question of ending a long wait, the Brazil head coach said: “I cannot be responsible for 20 years, I have been in charge for only four. I know Brazil has a beautiful history and people at home are fascinated by football. Dreaming is a part of our lives and we are dreaming to be world champions. If not, we will be dreaming to do our best.”

As the only coach to have been retained despite not winning the World Cup – Brazil lost to Belgium in the 2018 quarter-finals–Tite acknowledged that “it was a shift in paradigm”, one that he was “very aware” of. “But now I have the whole picture. I know the beginning, the middle and the end and when we can see the whole picture, the chances of winning becomes higher. But I also know others could have been in my place.” The “butterflies” too are “smaller” but the lessons learnt from Russia must be implemented here, he said.

Argentina’s loss to Saudi Arabia “serves as reflection for us, for sure,” said Tite. “We know there are no easy matches in the World Cup.”