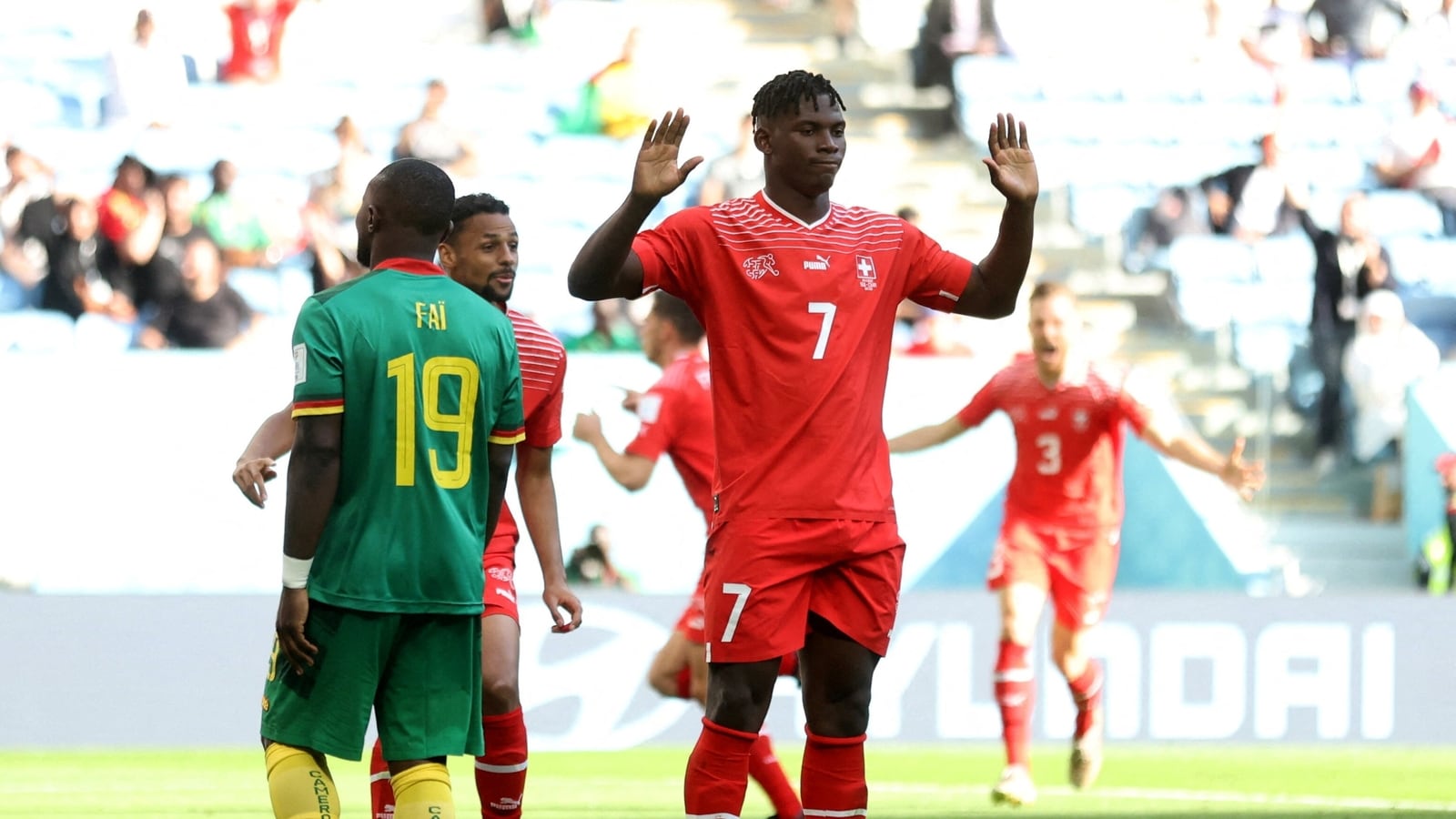 At different times Cameroon and Brazil have spoken of their countries’ love for dancing. Call it coincidence or what you will but on Thursday when Brazil, Cameroon, Switzerland and Serbia start in the World Cup, FIFA presented Roger Milla to the Al Janoub Stadium.

In a smart suit, head shaved, the man whose jig by the corner-flag gave another dimension to celebrating World Cup goals strode out with FIFA president Gianni Infantino and Sameul Eto’o who now heads the Cameroon federation.

Looking visibly emotional, Milla received a framed certificate from FIFA for being the World Cup’s oldest goalscorer at 42 years and 39 days in 1994. Milla, 70, then walked with his certificate towards the Cameroon fans.

A Cameroon-born player did score but there was no celebration because Breel Embolo now represents Switzerland. Embolo’s 48th minute strike helped Switzerland open their campaign in Group G with a 1-0 win here on Thursday. At a stadium with a retractable roof whose architecture is reminiscent of dhows, it was enough.

Song, a player with the experience of four World Cup finals and who was appointed in the recommendation of the country’s president Paul Biya last February, had also spoken of Switzerland “seeing our fire.” Switzerland did get an early taste of it when Bryan Mbeumo, a France youth international who forsook his citizenship to play for Cameroon because Eto’o requested him too – who can turn down one made by a star at Barcelona, Inter and Chelsea – broke free in the 10th minute and fired but Switzerland goalie Yann Sommer parried. Only as far as Karl Ekambi. But Ekambi, who has Brilliant has one of his middle names, blasted over when a pass to Eric Maxim Choupo-Moting could have been the better option.

With Switzerland sitting back and looking for the counter, there were more examples of Cameroon’s fire early in the game. Choupo-Moting stole a headed pass from Nico Elvedi to Manuel Akanji and scootered into space but shot too close to Sommer, adjudged Player of the Match. Toko Ekambi was denied by a sliding Silvan Widmer and again by Elvedi.

Switzerland had no shots on target in the first half though Embolo came close with a header before Akanji did that from the ensuing corner-kick. But they couldn’t have asked for a better start to the second. As central defender Nicolas Nkoulou overcommitted to his left and Jean-Charles Castelletto was a step behind, Embolo was free to receive a ball from Xherdan Shaqiri from the right and score from close. It was the cue Switzerland needed to get into the game.

Shaqiri was working the right flank and smart runs from Embolo to drag defenders away meant space opening up in the Cameroon penalty area. Like in the 66th minute when Embolo took away a player and Ruben Vargas stepped in but Andre Onana saved. On the other side, Choupo-Moting went solo once but found the angle too acute. Ad the game went on, Cameroon, for all their early pressing, looked tired and Switzerland took charge.

Through all this, Song, in a black suit and his dreadlock hanging from under a black cap, paced the touchline. Up in the stands, Eto’o sat looking pensive his cap pulled firmly on. Eto’o had said Cameroon are going to the World Cup to win. That looks like it will have to wait for a team that has got out of the group only once in its World Cup history. As will the dancing Mbuemo had spoken of.