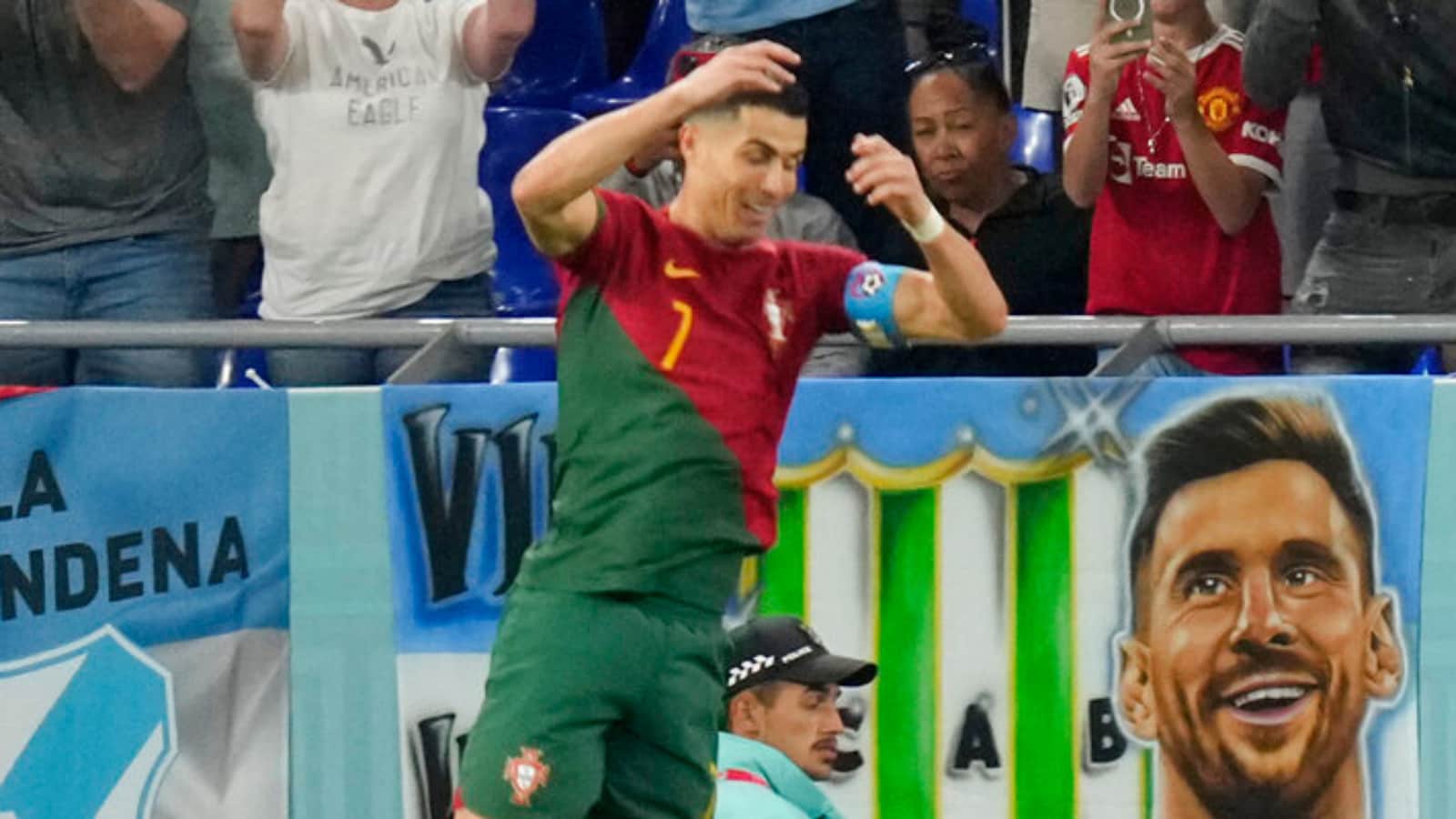 The 37-year-old set the record when he smashed home a penalty in the 65th minute at the 974 Stadium in Doha to give Portugal the lead in the Group H clash with the Black Stars.

CR7, converted the penalty that he himself won, was his 118th goal for his national side.

The only two men to net more than 100 times for their countries are Ronaldo and Daei, who scored 109 goals in 149 games for Iran from 1993-2006 and played for German clubs Bayern Munich and Hertha Berlin.

All attention is on Ronaldo, following his messy but mutual split this week with Manchester United.

The 37-year-old forward, likely playing in his final World Cup, gave an explosive interview only days before traveling to Qatar that criticized manager Erik ten Hag and United’s owners, triggering the split. And on Wednesday, Ronaldo was banned for two Premier League matches and fined 50,000 pounds ($60,000) for hitting a phone out of a fan’s hand at Everton last season.

The ban will follow Ronaldo to whatever new club he joins in any country but does not apply to the World Cup.

Ronaldo doesn’t appear to have a new team lined up so his performances at the World Cup might yet convince potential employers to take the plunge on the five-time world player of the year, who may be past his prime but remains one of soccer’s most lethal finishers on his day.

Speaking before the announcement that he had left United by mutual consent, Ronaldo was adamant that club matters would not impact his displays for Portugal at the World Cup and were not disrupting the atmosphere in the squad heading into Thursday’s group game against Ghana at Stadium 974 in Doha.

That might need revisiting now. The motivation of winning the World Cup for the first time is likely driving Ronaldo enough in Qatar, but impressing a potential new club would be a nice bonus to go alongside it.

(With inputs from Agencies)