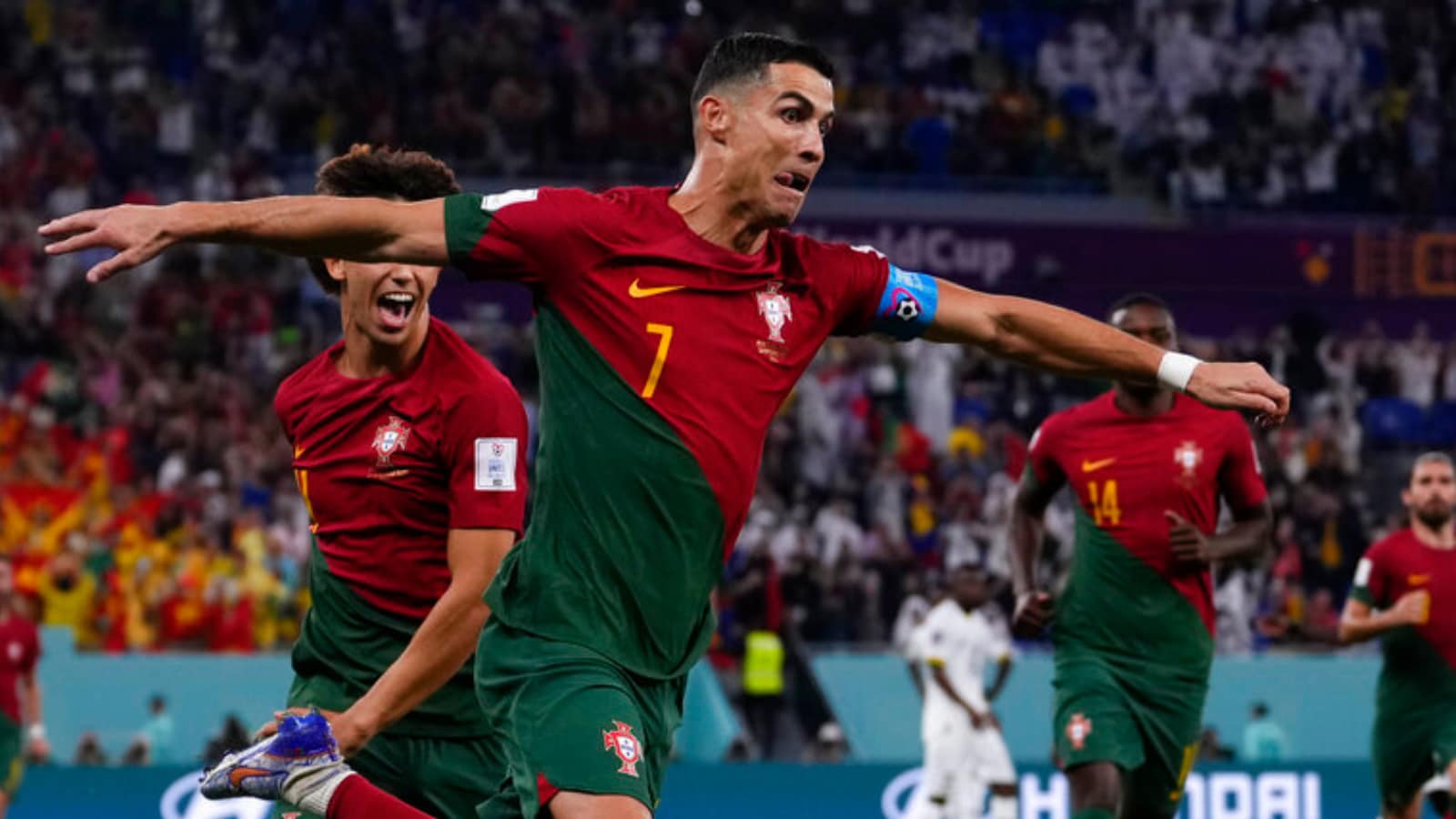 Cristiano Ronaldo became the first man to score at five World Cups on Thursday when he scored the opening goal from the penalty spot in Portugal’s 3-2 win over Ghana.

The 37-year-old set the record when he smashed home his spot-kick in the 65th minute at the 974 Stadium in Doha to send Fernando Santos’ team to a victory which moved them top of Group H, two points ahead of Uruguay and South Korea.

Joao Felix and rising star Rafael Leao made sure of the win after Andre Ayew’s leveller had briefly threatened to ruin Ronaldo’s party.

Osman Bukari netted in the final minute for Ghana but the tournament’s lowest-ranked side couldn’t pull off a shock and sit bottom of the group.

Ronaldo overtakes Pele and Germans Uwe Seeler and Miroslav Klose, who all scored in four World Cups, after being brought down by Mohammed Salisu and taking the penalty himself.

Manchester United announced this week that Ronaldo will leave with immediate effect after he criticised the club and manager Erik ten Hag in a TV interview, but he has showed no signs of strain from the bitter end to his time at Old Trafford.

All the attention pre-match was on Ronaldo and whether he could break the record and he had the perfect chance to do so in the 10th minute.

Mohammed Kudus gave the ball away sloppily in midfield and Otavio slipped Ronaldo through, only for the once clinical finisher to miscontrol the pass and clatter into Ghana goalkeeper Lawrence Ati-Zigi as he tried to poke home.

And shortly afterwards Ronaldo headed Raphael Guerreiro’s deep cross wide from close range, a chance that in his prime he would have been almost guaranteed to score.

He did have the ball in the net just after the half-hour mark when it dropped to him in the area, but he was harshly judged by referee Ismail Elfath to have pushed Alexander Djiku before turning and stroking home a classy finish.

Ronaldo was in fact Portugal’s only real goal threat against what on paper is Group H’s weakest team, who were backed by an enthusiastic set of supporters who put on more of a show in the stands than their workaday players initially did on the pitch.

Ajax midfielder Kudus had the crowd briefly off their feet 10 minutes after the break when he burst forward against an exposed Portugal defence and let off a powerful shot which in the end sailed comfortably wide of Diogo Costa’s left-hand post.

Ronaldo then crashed in his record-breaking penalty but as the chorus of cheers and chants of his name started to die down a previously dull game sparked into life, Ayew stunning the crowd by tapping in Kudus’ pull-back in the 73rd minute.

However Felix and Leao made sure Portugal would take the points with two lovely finishes in as many minutes, both strikes set up by Ronaldo’s former United teammate Bruno Fernandes.

Bukari then imitated Ronaldo with his goal celebration after heading home completely unmarked, but Portugal held out for a big win on a historic day.