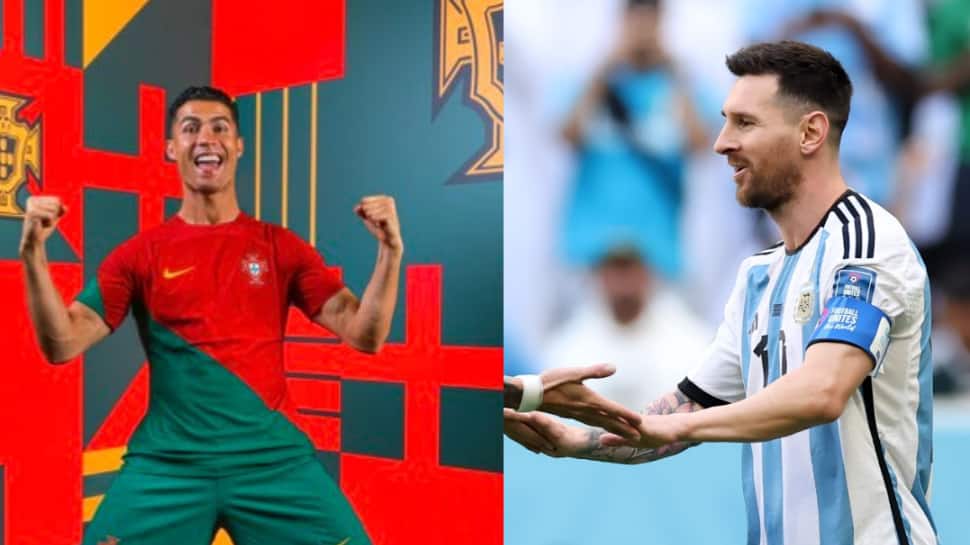 Portugal will open their campaign in the FIFA World Cup 2022 today as they taken on Ghana in the first encounter at the Stadium 974. They have been billed as the top contenders for the World Cup title as they have quite a strong side in the tournament. Cristiano Ronaldo is one such name that will attract the crowds. After all that has happened between him and his former club Manchester United, he will be pumped up to make a statement. Ronaldo has nothing to prove individually. His records speak for themselves. But he will be hoping to win the World Cup for Protugal, which remains one of his biggest dream. This time Portugal are a strong outfit that possess the likes of Bruno Fernandes, Rafael Leao, Ruben Dias, Joao Felix, Bernardo Silva, and Rui Patricio.

Ronaldo is nearing another big record. The 37-year-old is set to join Lionel Messi in an elite list as soon as he takes the field. He will become one of the 8 players in football history to have appeared in five different World Cups. Messi is one of the names. The other are Mexico’s Antonio Carbajal, Rafael Márquez, Andrés Guardado, and Guillermo Ochoa, German’s Lothar Matthaus and Italy’s Gianluigi Buffon.

Ronaldo has featured in five World Cups: 2006, 2010, 2014, 2018 and 2022 respectively. Ronaldo has played in total number of 17 matches in the FIFA World Cup in which he has scored seven goals and has two assists too. The Ex-Manchester United star took to Twitter on eve of the match day. He had written: “About to start our campaign in the biggest competition in the world. An adventure that we wish long and full of successes, in order to raise the name and flag of our country very high. We want to fill all Portuguese people with pride and joy. Nothing is impossible! Strength.”