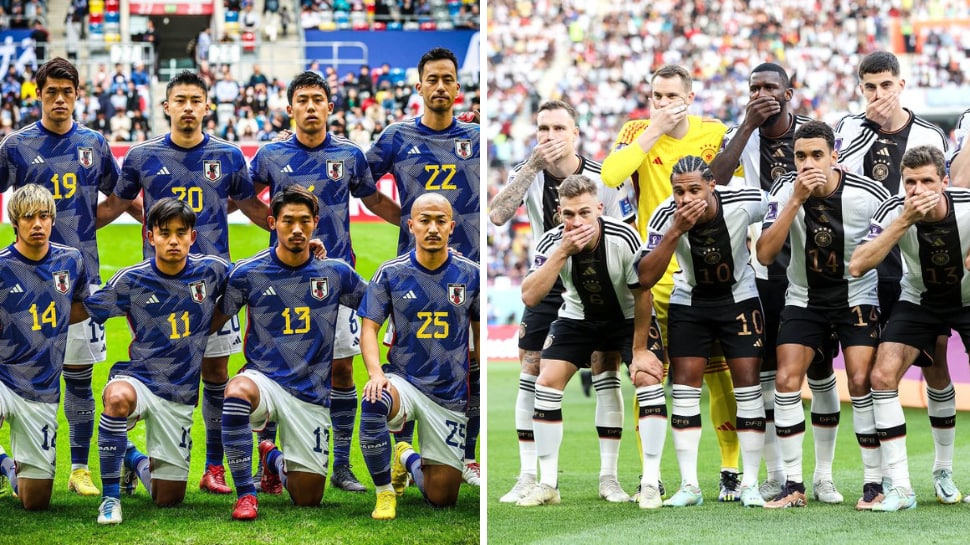 FIFA World Cup 2022 Qatar: Four-time world champions Germany faced a disappointing defeat in the beginning of their World Cup journey as Japan stunned them 2-1 at the Khalifa International Stadium on Wednesday (November 23). Germany football team, who protested against Qatar for banning the OneLove rainbow armband which shows support to the LGBTQ community were trolled after the game for protesting and their lose tactics.

Japan thinking how to play football

My take is England are just as bad as Argentina & Germany. All three have conceded two goals to Asian opponents

After seeing Argentina and Germany play I’m starting to believe that 1-2 is the new football curse
— Kroller (@Kroller_) November 23, 2022

Japan showed Germany why they were the axis power that lasted the longest
— Saint  (@pinchependejoV2) November 23, 2022

Germany took a first-half lead through Ilkay Gundogan’s coolly dispatched penalty and looked likely to add to their advantage early in the second half. However, after a couple of near misses from Serge Gnabry and goalscorer Gundogan, and a stunning series of saves from Shuichi Gonda, Japan made their move.

The Samurai Blue became increasingly adventurous as the match wore on and, having threatened Manuel Neuer’s goal on more than one occasion, pulled level with 15 minutes remaining through substitute Ritsu Doan’s opportunistic close-range finish.

A shock then turned into a sensation eight minutes later when Takuma Asano burst through on the right, amid some less-than-impressive German defending, to blast a ferocious and, ultimately, historic shot into the roof of Neuer’s net.

Why did Germany lose the match against Japan?

Being the favourites in the FIFA World Cup can sometimes get to the head of players from both sides. Japan had a point to prove, and they did that with utmost discipline. It would be cruel to say that Germany were lose in their mentality and tactics, but one has to praise Japan for their work ethic and the hard work they showed right until the final whistle. The possession stats were 76 percent with Germany, which left only 24 percent of the ball with the Japan players. However, they displayed a fighting performance with just 4 shots on target and converting 2 of them into goals. The Hansi Flick-side had 9 shots on target but could only score when Gundogan converted the penalty in the first half. The plan of Japan was pretty standard (in terms of what the underdogs team do), sit deep in their defence and wait for the big dogs to make a mistake and pounce on it. (With IANS inputs)