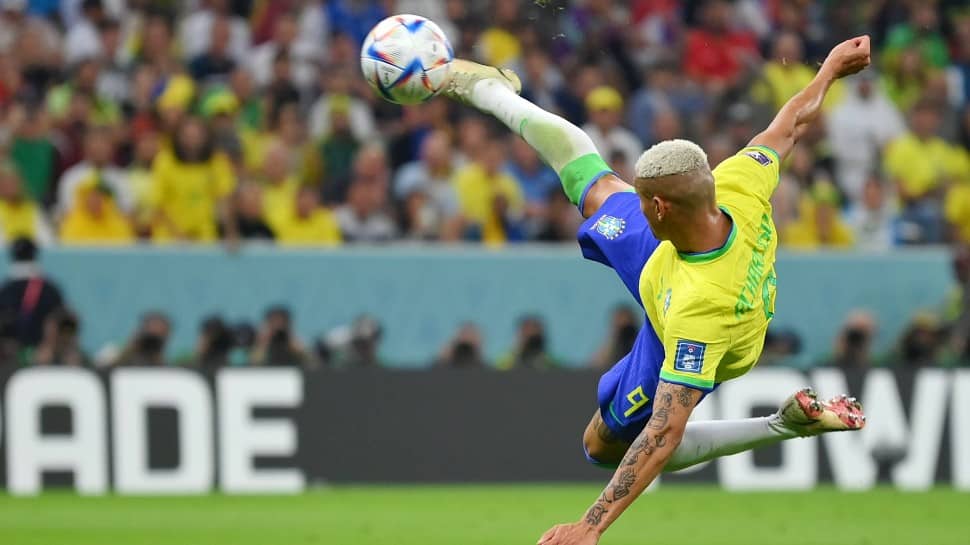 With Neymar limping off the field with an ankle injury, Richarlison came through for the ‘Seleção’. A spectacular acrobatic kick followed an easy tap-in from close range as Richarlison scored both goals in Brazil’s 2-0 victory over Serbia on Thursday (November 24) at the FIFA World Cup 2022. After the match, the Tottenham striker learned of the extent of Neymar’s injury.

“The most important thing for us it to have him at 100% for the next match,” said Richarlison, whose first goal came after a buildup started by Neymar. “When I get to the hotel I’m going to go and see how he is doing.”

Brazil team doctor Rodrigo Lasmar said Neymar sprained his right ankle. He declined to speculate on whether he would be available to play in the team’s next match against Switzerland on Monday. “We put ice on it while he was on the bench and then in physiotherapy,” Lasmar said. “There is no test scheduled for now but we will schedule it if needed. He will be under observation. We will know more tomorrow.”

Neymar was also injured at the 2014 World Cup. Playing at home in Brazil, his tournament ended with a back injury in the quarterfinals against Colombia when he had to be taken off the field on a stretcher. Brazil ended up losing to Germany 7-1 in the semifinals. Neymar was fouled nine times in the match against Serbia, four more than any other player so far at this year’s World Cup. But while taking care of Neymar, the opposing defense couldn’t stop Richarlison.

He had his back to the goal when he used one touch to get the ball up in the air near the penalty spot, then spun around and leapt off the ground before knocking the ball into the net with his right foot in the 73rd minute. “My childhood dream has come true,” said Richarlison, who is playing in his first World Cup. “We knew it was going to be difficult to get past them. I’m used to playing against defensive teams like this in England. I wanted to take advantage of the opportunities that I had and I did.”

Brazil had struggled to get past the Serbian defense until Richarlison scored from close range in the 62nd. Vinícius Júnior assisted on both goals. Neymar, seeking his first major title with Brazil, stayed at 75 goals for the national team, two shy of Pelé’s scoring record.

He was tackled hard a few times and sprained his right ankle in the second half. He was crying on the bench after being substituted in the 79th and was limping as he left the stadium. Brazil coach Tite started with an attack-minded squad that included four forwards — Neymar, Vinícius Júnior, Raphinha and Richarlison. Attacking midfielder Lucas Paquetá played alongside Casemiro, the lone defensive midfielder.

But Serbia had several players back and was able to keep Brazil from creating many significant opportunities. Neymar tried to control the pace but struggled to get free. He, Vinícius Júnior and Raphinha all squandered chances early on. Brazil’s best chance before Richarlison’s opening goal had been a low long-range shot by Alex Sandro that hit the post in the 60th. Neymar had his best opportunities with a free kick in the 50th and a shot from near the penalty spot in the 55th.

Serbia had their own injury issues for the match. “We have three key players who are injured — it’s too much for us,” Serbia coach Dragan Stojković said. “We are not Brazil with 200 million people. We are a very small country.”

The 30-year-old Neymar arrived to his third World Cup as Brazil’s main attraction. He helped the “Seleção” win the 2013 Confederations Cup and its first Olympic gold medal at the 2016 Rio de Janeiro Games, but has yet to win a major title with the national team.

Brazil, trying to win their first World Cup in two decades, is unbeaten in its last 20 opening games, with 17 victories. It has finished first in its group in the last 10 World Cups.