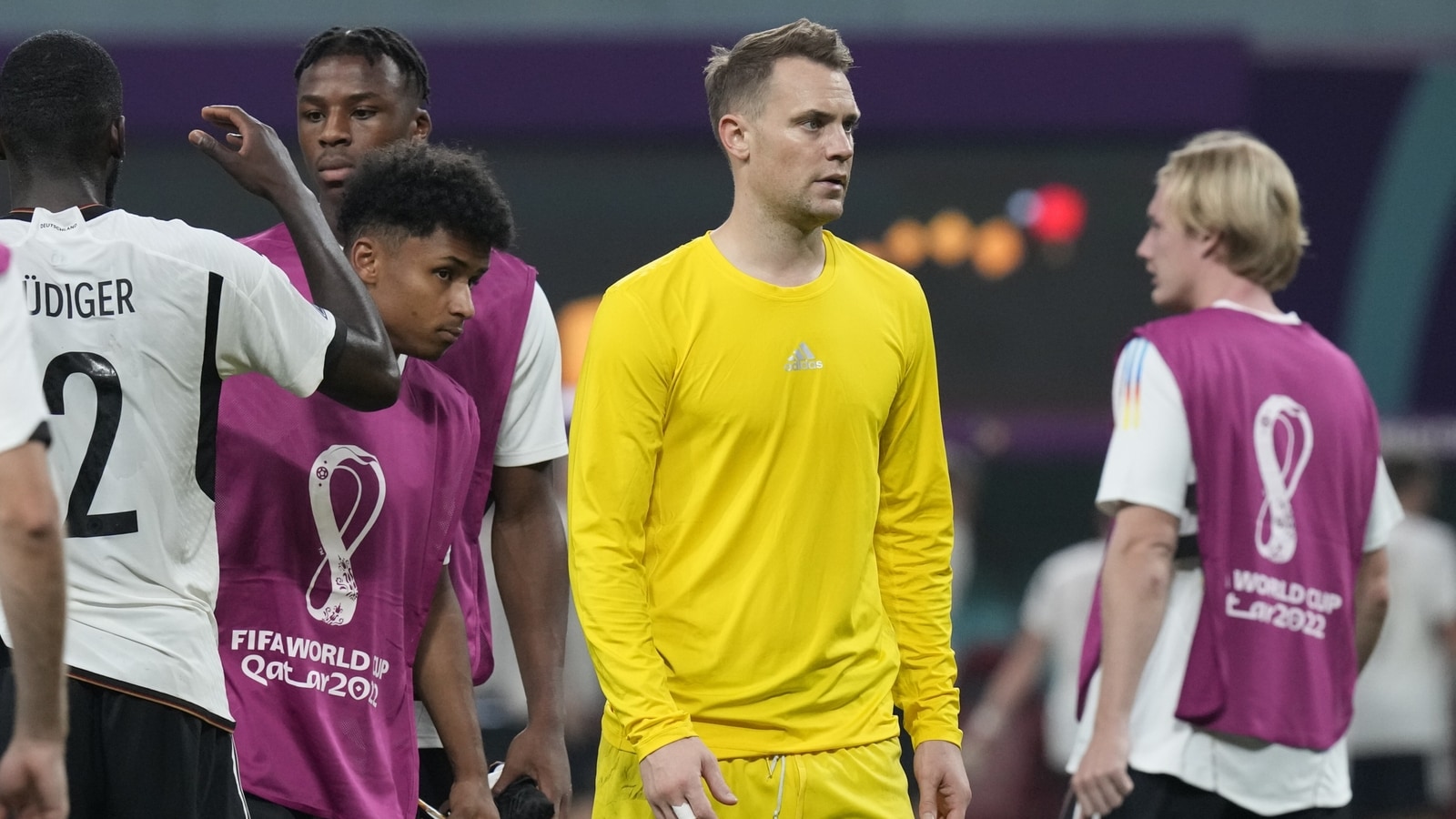 B.Z., a Berlin-based tabloid, best summarised the mood in Germany after their national team’s 2-1 defeat to Japan in their Qatar World Cup opener. Splashing their front page with an image of fans in a local pub with their eyes and face covered below the picture of the German players covering their mouths for the protest sign, the headline read: “IHR SO…WIR SO”, translated “You go…we go”.

There was a feeling of anger, disappointment, frustration and prophesy among fans, media, pundits and former players alike in Germany to a shocking loss that leaves the four-time world champions in a precarious spot to wriggle out of a Group E also comprising Spain and Costa Rica.

“We did not do some things right in terms of tactics and we need to improve that,” Germany coach Hansi Flick admitted in a press conference on Thursday. “In football it is like that. You have to deliver your best performance. The criticism is justified.”

And there was plenty of that. The immediate aftermath turned the attention on the noise off the field, which many believed proved to be more a distraction. The German starting XI posed for the group picture before kickoff covering their mouths, protesting FIFA’s threat to impose sanctions for wearing the OneLove armbands as an anti-discrimination message.

“There was too much drama in the build-up, too many issues that were more important than football, much like four years ago,” Lothar Matthaus, the former German international who captained the side to the 1990 World Cup triumph, told Bild.

In the lead-up to the 2018 World Cup in Russia, two German players, Mesut Ozil and Ilkay Gundogan, posed for photographs with the Turkish president, causing massive furore back in Germany. Days later, Germany lost their opening group match to Mexico and crashed out in the group stage in a disastrous campaign.

“That sort of thing disturbs your concentration, it distracts. And thus, (it) means you may lack the crucial five or 10 percent,” Matthaus added.

Even the national media was having none of it. German daily Die Welt described the defeat to an “average opponent” that followed the gesture as a “cold shower” to the “German smugness”.

Flick’s tactics and choice of personnel and substitutions also came under intense scrutiny in a match where Japan stunned his team with two second-half goals. Der Spiegel, in describing that the Germans suddenly lost the flow and purpose of their game, wrote: “It’s easy to say that the coach brought on his own defeat, but in this case it’s true.”

Flick, however, put the onus of the loss more on his attacking unit, saying they “lacked efficiency”. “When you have two or three top-class chances, you have to close the game and put a lid on it,” he said.

Flick, though, added no member from his starting lineup against Japan was guaranteed a spot in the XI against the ominous-looking Spaniards in their next game, where another defeat could all but end their Qatar campaign.

“We have no free shots anymore,” Flick said. “We wasted the first one. We now need to work on things and improve them. Now we will go forward and we need to show character to maintain the chance in our last group game.

“It is important to process defeats, clear the heads and focus on the next task. That is our aim. To get the team to a point where they have the belief.”

Germany have been there not too long ago. Four years ago they stared at a similar situation after defeat to Mexico in their opener in Russia. Germany bounced back against Sweden in a 2-1 victory but two injury-time goals by South Korea sent them packing from the group stage for the first time in eight decades.

“In 2018 we had a different team,” captain Manuel Neuer said. “Of course, it is a bad start (against Japan). We know that. It couldn’t be worse. However, we know how quickly things can turn.”

“I’m not interested in 2018 comparisons because we need to look forward,” Flick added. “We can, and we must, do better.”