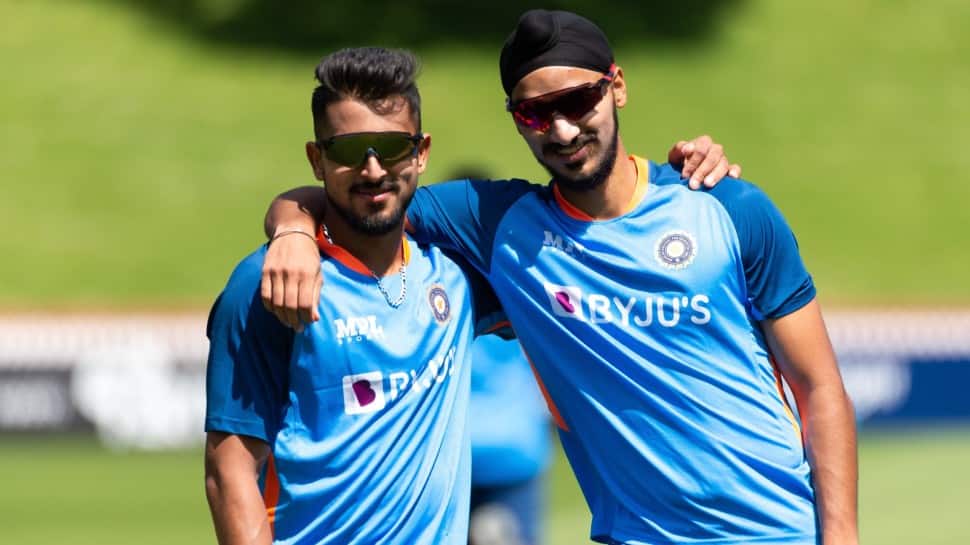 It was a memorable day for Team India pacers Arshdeep Singh and Umran Malik as they were handed their maiden ODI caps ahead of the first ODI between India and New Zealand at the Eden Park in Auckland on Friday (November 25). Arshdeep Singh has been a revelation in T20I cricket since making his debut earlier this year, claiming 33 wickets in 21 matches so far.

Earlier, New Zealand captain Kane Williamson won the toss and elected to field first against India in the first of three-match ODI series here at Eden Park on Friday. Opener Shikhar Dhawan is leading the side in absence of other seniors like Virat Kohli, Rohit Sharma and KL Rahul. Men-in-Blue had won the rain-affected three-match T20I series by 1-0.

Half-centuries by skipper Dhawan, Shubman Gill and Shreyas Iyer and whirlwind cameo of 37 by all-rounder Washington Sundar helped Team India post 306 for 7 after being sent into bat.

Speaking at the time of the toss, New Zealand captain Kane Williamson said, “We are gonna have a bowl first. New surface and a few unknowns. Most teams will have a lot of ODI cricket now. Each game is an opportunity to build as a side. It is unique, there has been a number of fantastic games here. The guys are looking forward to this series. We are going with 4 seamers – Lockie, Milne, Southee and Matt Henry – along with Santner.”

Speaking at the time of toss, India skipper Shikhar Dhawan said, “It’s an amazing place, I enjoy playing over here. No issues batting first, I would have bowled first. I feel the wicket is a bit sticky but the sun is out and it should dry out soon. With this team, we have played a few series earlier as well. It`s a good opportunity for all the youngsters to perform and show their talents. We are very fortunate that we’ve got Indians all over the world and they keep supporting us, we are grateful for it. We’ve got 2 debutants – Arshdeep Singh and Umran Malik.”