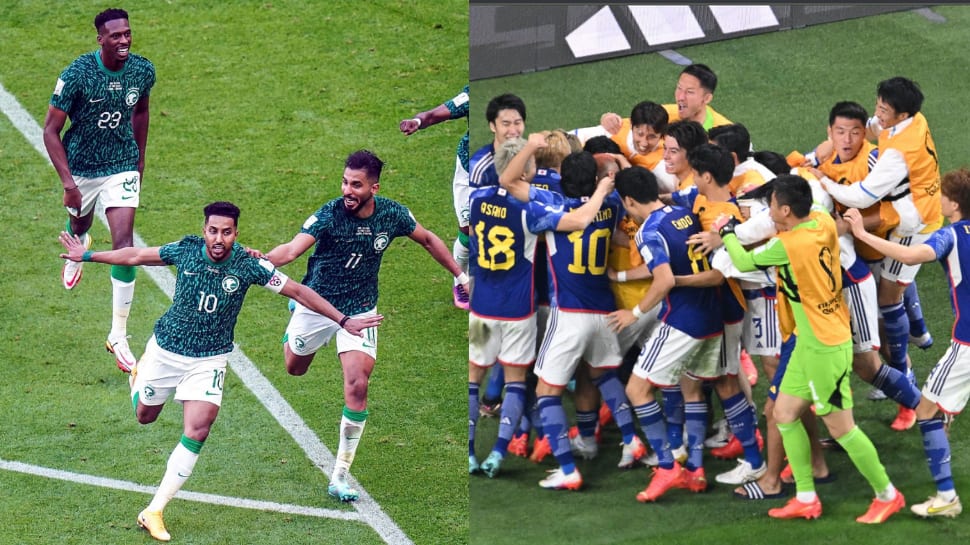 Iran beat Wales 2-0 in their second encounter after going down 6-2 to England in their first match of the FIFA World Cup 2022 to make a superb comeback in the tournament on Fridau (November 25). Rouzbeh Cheshmi scored in the eighth minute of stoppage time to break a scoreless stalemate and Iran went on to defeat Wales 2-0. Cheshmi’s strike from outside the box was just beyond the diving reach of Wales backup goalkeeper Danny Ward, who was pressed into duty when starter Wayne Hennessey was sent off in the 86th minute. Ramin Rezaeian added a second goal moments later and Iran wildly celebrated while some of the Welsh players dropped in disbelief to the field.

Not many moons ago did Saudi Arabia pulled off a suprise win over a strong Argentina outfit. The South American team was leading 1-0 till the half time but in the second half, the Saudi team made a stunning comeback to win the match eventually 2-1.

A few days later, Japan did exactly to Germany what Saudi Arabia had done to Argentina as they beat them 2-1 too. Japan were also 1-0 behind before suddenly finding spring in their feet to eventually win it 2-1. Two of them, Argentina and Germany losses, are two of the biggest upsets in a World Cup where goals are hard to score. The Asian teams winning matches shows that they have dominated the World Cup so far.

The football fans, in general, have been happy about this sudden change. Especially the Asian fans have been quite chuffed about the fact that the teams from the continent have been doing well at the World Cup.

Bar Qatar, this World Cup has genuinely been a big step forward for Asian football. Japan, South Korea, Iran and Saudi Arabia all balling the fuck out is only going to bolster the popularity of the sport in these nations. Lovely stuff.
— ‘Rick ____ (@Rick21914198) November 25, 2022

How about increasing Asian teams in FIFA World Cup now?

Historically, the Asian teams have not fared well at the World Cup. Football World Cups are dominiated by countries from Europe and South America but this edition has been a little different, in that regard, so far and no one is complaining.

Harshal Singh - 3 December 2022 0
In a recent development, it has been confirmed that the Maruti Suzuki will increase the price of its model line-up. The carmaker has confirmed...