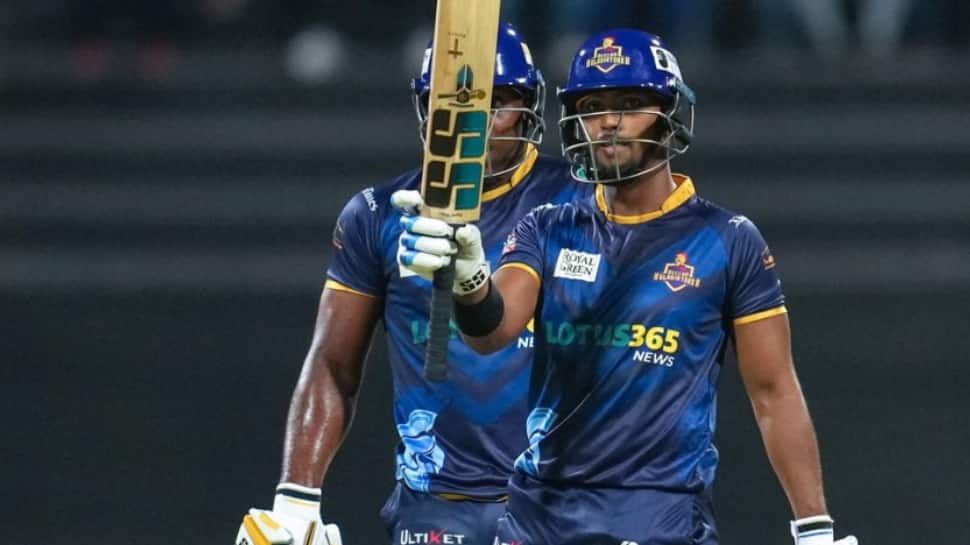 Northern Warriors will take on Deccan Gladiators in Match 6 of Abu Dhabhi T10 League on Friday (November 25) at Sheikh Zayed Stadium in the city. The Gladiators side is full of stars. Nicholas Pooran, Suresh Raina, Jason Roy, Andre Russell, they are all in their with Gladiators. Gladiators started off their campaign in the league with a massive win by 35 runs. It was Pooran who stole the show with an unbeaten knock of 77 runs off 33 balls that included 5 fours and 8 sixes respectively. Odean Smith too played a brilliant knock of 23 off 12 balls in the win.

Warriors, on the other hand, lack stars but they will be itching to make a comeback. They faced defeat in the last match by 4 runs in hands of Delhi Bulls. In the last four matches vs Gladiators, they have won 2 and lost 2.

Match 1 Recap: DG vs TAD
Nicholas Pooran came out to bat _with a point to prove, as he started the innings with a first ball 6 _! His dynamite knock (77 of 33) propelled us to an impressive total of 134 _.#Deccanagain _#DeccanPhirJeetaga_ #AbuDhabiT10 #Season6 #InAbuDhabi pic.twitter.com/8TDXheNTH8— Deccan Gladiators (@TeamDGladiators) November 24, 2022

Warriors will bank on some of their star players like Wanindu Hasaranga, Rovman Powell to come good against the strong outfit like Deccan Gladiators. It will be a tough contest for Warriors for sure but it is time that they play like their name and overcome the big challenge of Gladiators. Let’s see how they go.

Here’s everything you need to know about when and where to watch T20 league match:

When will the Abu Dhabi T10 League 2022 match Northern Warriors (NW) vs the Deccan Gladiators (DG) be played?

The game will be played on November 25, Friday.

The match will be conducted at the Sheikh Zayed Stadium in Abu Dhabi.

Northern Warriors vs Deccan Gladiators match will be televised on Sports18 and Colors Cineplex channels in India.

How do I watch the live streaming of the Northern Warriors (NW) vs Deccan Gladiators (DG) match?

Northern Warriors vs Deccan Gladiators match is available to be streamed live on the Jio Cinema app and website.