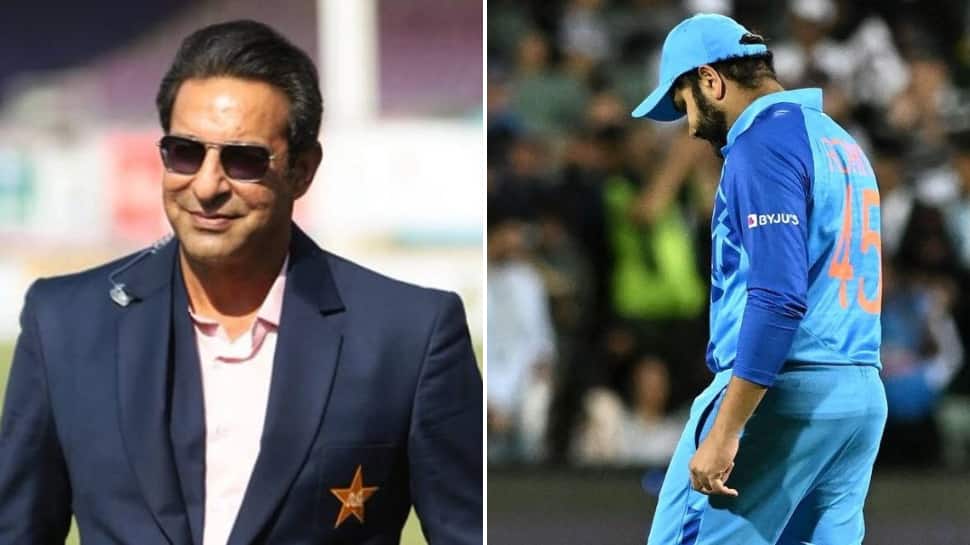 Former Pakistan cricketer Wasim Akram slammed Team India’s gameplan against England following the team’s humiliating defeat and exit from the T20 World Cup 2022. Team India were hammered by the brilliance of Jos Buttler and Alex Hales as they guided England to a mammoth victory by 10 wickets in the semifinal of the World Cup. Comparing to England’s powerplay approach in which they managed 63 runs in six overs, India could only score 38 runs in their own. (Virat Kohli and Team India brutally TROLLED by England’s Barmy Army, Check HERE)

Ahead of the T20 World Cup, India had adopted a more aggressive batting approach but the likes of Rohit Sharma and KL Rahul were unable to unleash themselves on the big stage. There was a sense of deja vu with India’s abject surrender though they had exited from the previous edition 12 months ago in round one itself.

“India were too timid with the bat. Unfortunately, Rohit and KL have not been able to take the game on in the first six overs. They have got the firepower but you have to take the game on in T20 cricket,” former Australia all-rounder Watson told Star Sports. (‘Hurtful loss’: KL Rahul, Suryakumar Yadav’s first reactions after CRUEL knock out loss vs ENG in semis, check here)

“Hardik was able to take the game on but India should have attacked 6-8 overs earlier.”

As England skipper Buttler hit the winning six, Nasser Hussain on air remarked : “India were timid upfront and England have taken them down.”

“Their start was slow and they could not recover from that. 190 probably would have been a good total on this wicket. They accelerated late, if it wasn’t for Hardik Pandya, India would not have even got a respectable total. Their captain (Rohit) looked out of touch and then of course Virat got his fifty but he took 40 balls to do that. That was the difference,” Akram told A Sports. Former India selector Sarandeep Singh too gave his assessment on the game.

“Unfortunately for India, Rahul and Rohit could not find form in the big games, putting pressure on Virat and Suryakumar, who both can’t perform game after game,” he told PTI referring to Kohli and Surya’s splendid run.

“One of the team’s biggest mistakes was to not play Yuzvendra Chahal in the entire tournament especially today. You saw how effective England’s wrist spinners were. Not playing Rishabh Pant in the league stage (he played only one game) also baffled me.”

Sarandeep said some tough calls have to be taken as India plan for the 2024 T20 World Cup in the Americas.

“I don’t see at least half of the team members playing the next T20 World Cup including Rohit, Virat, Ashwin, Shami and Bhuvi. The selectors need to take a call on that,” the former India spinner added.

Watson too was surprised at India not going ahead with Chahal when Adil Rashid and Liam Livingstone got a lot of purchase from the Adelaide strip.

“India did not have a wrist spinner and England spinner had two. In hindsight they certainly missed Chahal. He can control his his pace like Rashid did tonight. He has got incredible skills and would have been brilliant tonight,” said Watson. (With PTI inputs)

Oliver Martin - 3 December 2022 0
Chennai Super Kings (CSK) captain MS Dhoni is of 41 years of age. He will certainly captain CSK at the 16th edition of the...