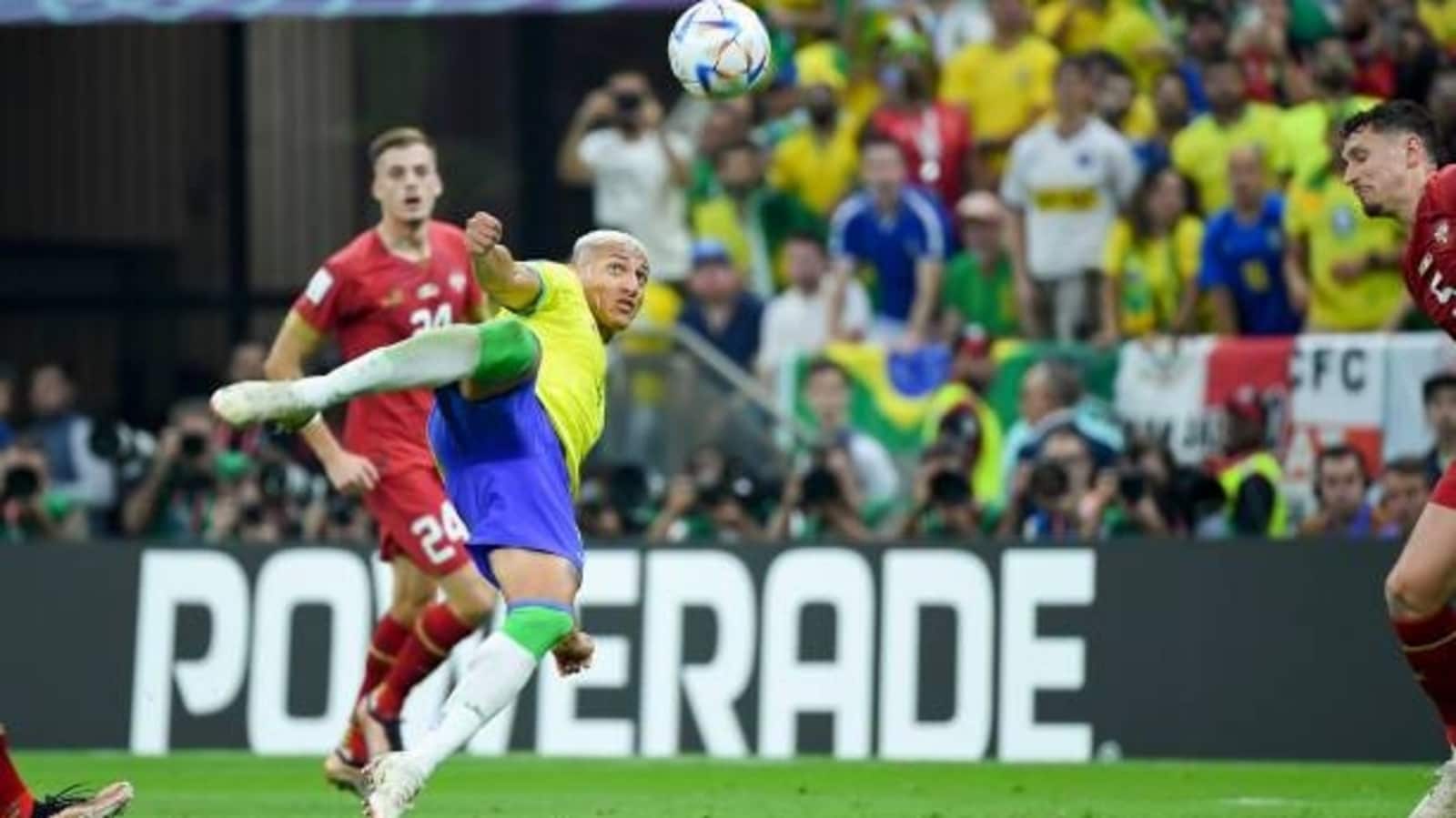 A relentless Brazil managed to break down a stubborn Serbian defence to win their opening match of the 2022 World Cup 2-0 in Qatar. While the focus was largely on star forward Neymar in the buildup to the match it was Richarlison’s name on everyone’s mouths as the Tottenham Hotspur forward’s brace sealed victory for the Selecao.

The move began with the precocious Vinicius making the Serbian full back marking him back pedal with a surging run down the left. Once inside the box he suddenly sent in a brilliant flat cross from the outside of his right foot towards Richarlison. The Brazil No.9 stopped the ball with his left foot, causing it to loop a few feet above his head straight up in the air. With his back to the goal, he positioned himself before whipping out a scissor kick that normally exists in a footvolley game. Serbia goalkeeper Vanja Milinkovic-Savic dived in the direction of the shot but it was never going to be saved.

What a goal
Richarlison

This is the excitement we have been waiting for from World Cup. We need to see more of this. Peter Drury want more of this pic.twitter.com/owwCWMAnHz

It was Richarlison’s second goal of the game, having scored from a rebound off a shot from Vinicius to give Brazil the lead. The record five-time winners had toiled at times in the first half but improved after the break at the Lusail Stadium and were rewarded when Tottenham Hotspur striker Richarlison followed in to score the opener in the 62nd minute after a Vinicius Junior shot was saved.

Vinicius then set up Richarlison to score again in the 73rd minute with a stunning acrobatic effort that is surely the goal of the World Cup so far. However, Neymar was then forced off with a sprained ankle that the Brazilian team doctor said would be assessed over the next 48 hours.

Injuries have hampered Neymar at the tournament in the past and Brazil will hope his World Cup has not ended already, although coach Tite struck a positive tone after the game. “You can be certain that Neymar is going to play in the World Cup,” said Tite. Thursday’s result continues Brazil’s superb record in the World Cup group stage, in which their last defeat came in 1998 against Norway.